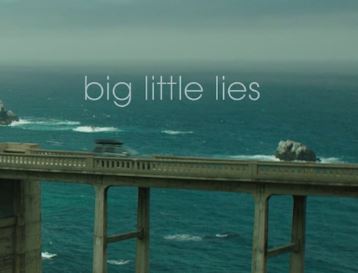 The characters of Big Little Lies cross the Bixby Creek Bridge during the program’s opening sequence and intermittently throughout nearly every episode.  On a lesser show, the beautiful Pacific Ocean underneath the bridge would serve as a metaphor to past events that are no longer significant or have been absolved by the parties involved.  However, as we have learned from the first episode of this season, the events of season one will never be water under the bridge for Madeline, Celeste, Jane, Renata, and Bonnie.

The most remarkable aspect of David E. Kelly’s drama is that it remains sporadically humorous without making a mockery of serious issues and the associated post-traumatic effects.  Big Little Lies is one of HBO’s most enduring dramas, for it displays the horrors of the world through enduring characters.  This season thus far proves that even without the source material, an adapted television show can remain consistently sound in its storytelling. 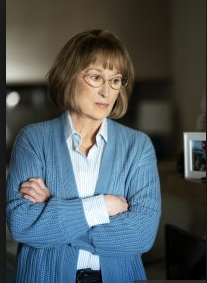 The pacing of this “Kill Me” episode is slightly faster than the previous well-paced episodes. As an axiom, we start with everyone’s favorite former wealth socialite Renata Klein.  Renata remains steadfast on the notion of never “not being rich”.  Her husband’s venture into white-collar crime has caused many of the family’s assets to be seized to ascertain the monetary value. This is something that is noticed and exploited by this season’s main antagonist, Mary Louise Wright, the mother of rapist Perry Wright; the man who has forever left a stain on the well-being of not only Celeste but Jane as well.  In a darkly humorous scene, Mary capitalizes on Renata’s weakened state during a visit to the former’s home, a situation that was supposed to sway Mary to reconsider pursuing custody of Celeste’s children.

The tension between Celeste and Mary crescendos this episode, with the preliminaries to an ugly custody battle beginning at depositions.  Celeste, being a lawyer is infuriated that her lawyer is not recognizing the fierce urgency of the situation. As the HBOWatch reviewer of the previous episode wrote: “And yet, one cannot help but empathize with Mary Louise, who simply wishes her son weren’t the sinister man she believed him to be – as any mother would wish of their son”.  The vast majority of watchers are not in Mary’s corner, but the brilliance of this season continues to display that a crime has victims on all sides. Perry’s unforgiving actions left a widow, fatherless kids from two women, and forced a woman to commit murder to protect her friends. And his mother emerged just to find out ‘why’ he is dead.

Bonnie’s mother, Elizabeth, is no longer in a coma but is muttering disturbing words while in and out of consciousness. We learn through more recollections, that Elizabeth’s stern parenting techniques built up anger in Bonnie, anger that reached its boiling point on the fateful night of the trivia party, where Bonnie pushed Perry down steep concrete steps to his death, after seeing the abuser repeatedly strike Celeste. One afternoon in the intensive care unit, Bonnie hears her mother say weakly, but clearly: “Kill me”.  Bonnie has had enough of death, and her mother’s presence, even before her stroke, is driving Bonnie mad.  It’s no surprise that Bonnie wants to confess to the police that she shoved Perry, ending the big-little-lie that he lost his balance. 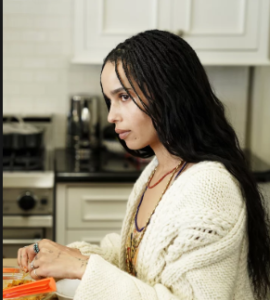 Jane cares deeply for Corey (played by an underrated Douglas Smith, formerly of HBO’s Big Love), but understandably cannot bring herself to have intercourse with him. She constantly has recalls of Perry’s sexual abuse. After she comes unto Corey, she breaks down sobbing.  The young man, being the gentleman that he is, simply holds his love. Keep it up Corey, don’t let us down.

Madeline is a pleasant enough character but is personally the hardest for me to have empathy for, much less sympathy.   After attending a couple’s therapy session that both Madeline and Ed acknowledge was banal, Ed tells Madeline that he knew that he checked all the boxes off of Madeline’s security for the future checklist. This was something that Ed was willing to live with, fully acknowledging that he was physically not her type.  Yet, Ed gives Madeline the hard truth that she is the one who amended her own checklist and decided to commit adultery.  Madeline is also dealing with the realization that Celeste and Bonnie (and possibly Jane and Renata) somewhat blame her for the situation that they are all in. For it was Madeline that told the police that Perry lost his balance. Madeline certainly has good intentions, but due to her past mistakes, she is determined to be the person that makes the right decision for anyone in her circle.

All of the tribulations of the ‘Monterey Five’ are what many people throughout the world face daily.  HBO’s story is simply through the viewpoint of five California based women.  This is how media is meant to address domestic issues without being ham-fisted and trite.