It’s been a year since the last episode of “The Newsroom.”  With season two set to kick off this Sunday, July 14, I decided I needed a refresher course, so I went on a “Newsroom” binge last weekend.  The only problem is I now have too much to say.

So, to help you get in the mood for Sunday night’s broadcast I’m gonna break this down into three “episodes,” and run ’em back-to-back.  Today we’re gonna talk about the Good-ness of “The Newsroom” and how Aaron Sorkin has essentially pinpointed everything that’s wrong in America today.

I know.  That sounds like I’m all “I respect your opinion as long as it’s the same as mine,” but hear me out.  Here’s the one thing Sorkin’s done right so far…

I bet you think I’m going to talk about Will’s crushing monologue in the pilot.  And you’re right, that monologue was the reason most viewers tuned in for episode two.  It was brilliant, but it was also so Sorkin-esque.  A run-on stream of consciousness designed to rouse the rabble to battle.  I’ll admit, it hooked me, but it was episode two that made me a fan.

On an easel, Mac, the new Executive Producer, has the following three rules printed:

“The Newsroom” has a variety of sub-plots.  Obviously, there’s all the politics and intrigue, both corporate and national.  There’s romance and sexual tension, with a geek, a fashionista-roommate and an economics major thrown in for good measure.

But ignore all of those little plots lines because they take away from the key message of this series:  There is no longer an unbiased news source in America.

To understand where I’m coming from you need to watch Will’s apology speech in E3:  The 113th Congress.  I’m just going to give you a few excerpts here because, well, it was written by Aaron Sorkin.  ‘Nuff said.

“I’m a leader in an industry that miscalled election results, hyped up terror scares, ginned up controversy and failed to report on tectonic shifts in our country, from the collapse of the financial system to the truths about how strong we are to the dangers we actually face.  I’m a leader in an industry that misdirected your attention with the dexterity of Harry Houdini, while sending hundreds of thousands of our bravest young men and women off to war without due diligence.”

“The reason we failed isn’t a mystery – we took a dive for the ratings.”

“In the infancy of mass communication, the Columbus and Magellan of broadcast journalism, William Paley and David Sarnoff, went down to Washington to cut a deal with Congress.  Congress would allow the fledgling networks free use of taxpayer-owned airwaves in exchange for one public service.  That public service would be one hour of airtime set aside every night for informational broadcasting, or what we now call the evening news.”

“And now those network newscasts, anchored through history by honest-to-God newsmen with names like Murrow and Reasoner and Huntley and Brinkley and Buckley and Cronkite and Rather and Russert…now, they have to compete with the likes of me, a cable anchor who’s in the exact same business as the producers of “’Jersey Shore.’”

OK.  Scroll back up there and look at MacKenzies three rules, because those three rules are the whole reason television stations are supposed to be on the air.  Way back during the dawn of TV, the big three station owners made a commitment to congress that they would set aside time to inform the electorate, and that commitment is still binding today.

While I’m sympathetic with both sides in the Martin case, there’s absolutely nothing about that case that’s going to help me in the voting booth in my precinct.  It’s “news” and it’s interesting, but it does nothing to help inform the electorate and help you make an informed decision in the voting booth.

The Martin trial should never be the opening segment of any newscast but in most viewing areas it is, and it’s promoted dozens of times throughout the day – because it brings in the viewers.  “If it bleeds, it leads.”

The problem is we have so many sources to turn to for news now.  While the majority of America still relies on the nightly news for information, they’re also distracted by millions of opinionated, often entertaining blogs and websites.  And we welcome this distraction because it’s easier than thinking about the real issues and problems facing us today. 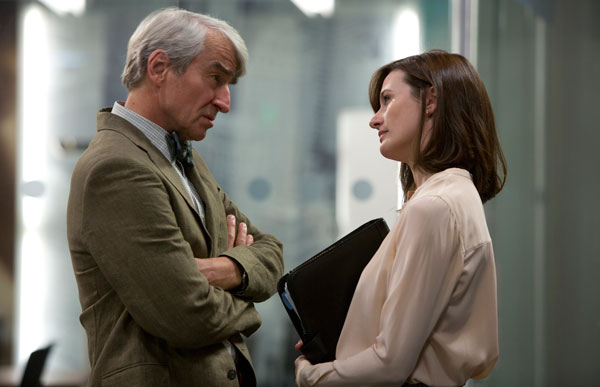 And the TV networks know this because they can see they’re ratings slowly slipping down the drain, so they lead with the bleeder to get your attention.

Is your favorite news station even bothering to present the best possible form of the Martin/Zimmerman debate?  Probably not.  They’re opening with video of a poor witness trying her best to appear calm and eloquent on the stand while everyone laughs behind her back.  They open with images of weeping parents listening to recorded cries for help.

We’ve all been listening to the case for months now and reading about it all over the Web, but what facts do we really know?  You may think you know all the facts and you may even be willing to admit you only know two or three, but you will never know the real truth.  And, if you really knew all the facts of the case – not just what you’ve heard on TV or read on the Internet – then you’d be able to clearly see both sides of the case.  Do you?

But here’s why you don’t get all the facts:  You might come to realize that you’re sympathetic to both sides, that you can’t really judge until you’ve walked in the other guy’s moccasins, that the Trayvon Martin case, while interesting, has no relevancy in your life and it’s not worth the rise in your blood pressure.

If you actually got all the facts you might also realize that it’s not worth rioting in the streets, which is exactly what the news stations are hoping for so they have something new to lead with that bleeds.  You see?  It’s a vicious, irrelevant circle.

A few weeks ago when the IRS was the leading bleeder in the news did we hear anything that put the situation into historical context?  No.  We heard that Obama was to blame because he’s the President of the United States.  But Obama isn’t the one who gave the IRS all of its power.

The IRS was created during the Civil War and each president and congress since then has given it a little more power.   If anyone’s to blame it’s we, the people, because we’re human, we will always choose entertainment over hard work, but it enrages the masses if the news stations insinuate that this or that lawmaker – whoever’s on the chopping block this week – is responsible for the entire IRS debacle.  And if you’re enraged, you’re more likely to tune in same time tomorrow for more.

The Boston bombing coverage went on for days and weeks.  Stations were opening with images of pressure cookers just so they could grab our attention.  Pressure cookers!

In episode two, Will argues with Mac.  He wants to lead with video of the Gulf oil spill and Mac says no, it’s no longer A-list material, the public is informed, they’ve covered it enough.  When Will says, “Yeah, but it’s good television,”  Mac fires back, “We don’t do good television, we do the news.” 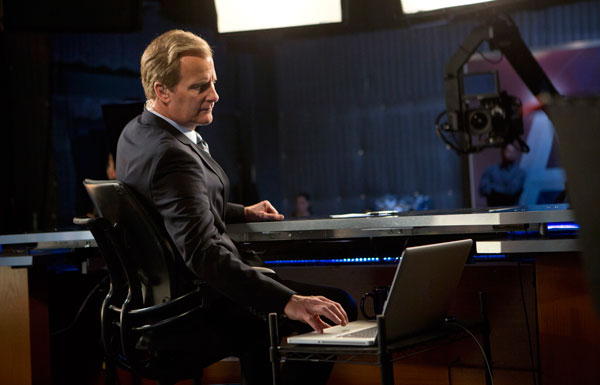 Many people are pointing and laughing, saying that Aaron Sorkin is idealizing the news business.  But those people just don’t get it.  We’re not supposed to be watching the news for entertainment.  There are millions of other sources for that.

Somebody, somewhere, on some television station needs to have enough guts to give us only the unbiased information we need to make an informed decision when we step into the voting booth.  And we need to tear our eyes away from the blood and pay attention.  Then, maybe America wouldn’t be in the mess we’re in today.

Donna Anderson has many interests, so she writes about lots of things for lots of different websites.  The best way to keep up with her?  Follow her on Twitter @SheWritesaLot or send her an email at danderson1959@gmail.com .  You’ll be glad you did!