This is the first of three posts that have been created by a guest writer for HBOWatch. If what’s offered is seen favorably then LUKE HOLDER will soon be a permanent writer for the site. Good luck, LUKE! 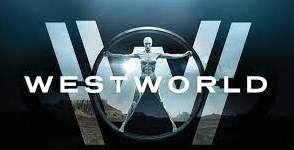 Westworld, one of HBO’s flagship shows, has gotten its fair share of attention since it premiered. Viewers have always been drawn to its complex storytelling, great acting, and writing. Westworld has always remained the perfect amount of head-scratching, the kind where you know if you pay attention closely you can piece everything together, showing how the creators know to not insult their viewers’ intelligence. One of the best aspects of the show is how it can tie one of its main themes, evolution, into how its story is told and its characters are written. One can look at all seasons of Westworld side by side and this becomes immediately apparent. No two seasons of the show are alike, each carrying their own specific feelings and statement. Season One placed its focus on consciousness, Season Two revolved around the Hosts’ free will, and Season Three placed emphasis on Human’s capacity to change. With Season Four just a bit over halfway done we need to wait until its finale to determine what statement it wants to communicate to its viewers.

As the show has moved forward it has managed to reinvent itself every time it returns. The biggest change Westworld has been through is from Season Two to Season Three. Though it was considered a strange leap for many to go from a slower-paced mind-bending show to a more action-oriented sci-fi, Season Four proves this change was necessary for the furthering of the Hosts’ story; though you will have to watch yourself to find out why changes were beneficial to the story. Reinvention in Westworld comes through the pacing of the story, complexity, setting, and music. Despite the constant changing, the show has retained its quality through superb acting and writing. Each performance is engaging and makes the viewer become attached to the primary characters. The big players in the story, Dolores, Bernard, and Maeve, have continued to become more complex characters as the show has gone on. Character growth is representative of the show’s focus on evolving and breaking our “loops.” None of them are stale, leading them to feel like real people instead of caricatures, which is ironic.

Westworld is now in its fourth season and it has not stopped pushing the envelope on what it can accomplish. The show is completely different than its groundbreaking first season, but don’t take that as a detractor to the show’s quality. As you watch you will realize how the seasons distinguishing themselves is essential, and how it makes the show endlessly rewatchable. For now, us viewers will have to wait and see if our favorite Hosts will reach their full potential by the end of the story, hopefully not at the expense of the Human race.

Find Westworld across HBO’s platforms. Its storytelling is quite unique.