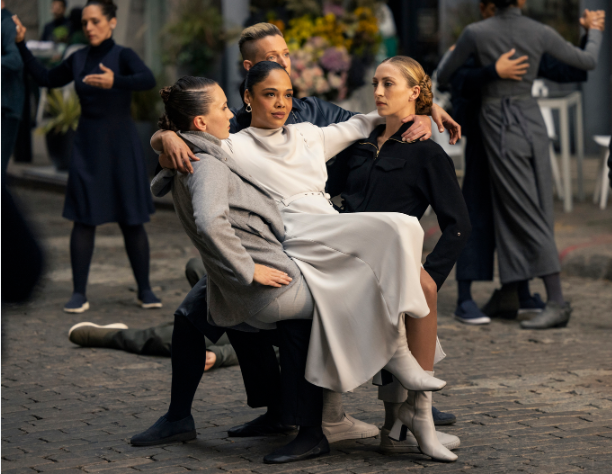 Have I mentioned how much I loathe Charlotte?! Or “Charlores” as some fans and critics have dubbed the series’ primary antagonist.  Furthermore,  I am perplexed about the Christina character because I keep getting her and Dolores confused! Christina is part of this episode’s focus. And boy does she play a big part with the Hosts, viruses and Humans. I’m starting to think that Christina has a connection to the Tower that has been mentioned during several episodes. She may even be a direct link? Or know someone who is? And who is Human? Who is a Host? It almost feels as if an audience member needs a spreadsheet or a Venn Diagram to keep all the names and roles organized. 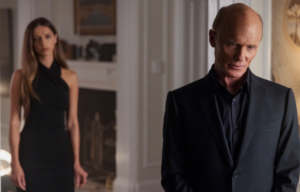 So, Man in Black (the Host form because the other Man in Black was in the white pod-like structure) – is cruelly playing with a wealthy couple in some fancy restaurant. He reminds them that they have no control over what will happen. Control is limited in the real world and Humans don’t have any once they start playing around in Westworld. Things go south pretty quickly and then Clementine interrupts the proceedings because the Man in Black Host is needed somewhere else, urgently. What follows is an unpleasant scene of mangled and bullet-riddled bodies and there was some sort of game played with another Host – her name being Hope. Unfortunately, Hope went on a bit of a rampage and didn’t comply. This isn’t good and it looks like Man in Black Host has to clean up the damage. Is William coming around to seeing that there may be some decency left in the world to save?

Getting back to the loathsome Charlotte. It seems to me that her primary purpose this season is to make people absolutely miserable, go crazy insane or get rid of people. William is under her watchful eye – much to his resentment – and it’s starting to get to him. I’m actually hoping that everyone turns on Charlotte because she is getting on my last nerve. Westworld is nothing but a play park for the depraved – and Charlotte has set up new protocols with the Hosts – they all suffer one way or another (at the hands of the Humans that use the theme park or because she is just a miserable cow who is totally bored and wants to make everyone suffer just for the heck of it). Anyone who has figured out a way to escape via some sort of glitch or loophole – they become prey for Charlotte. My understanding is that the persons who break coding and become aware of their true surroundings are called an Outlier and this Outlier is in danger. 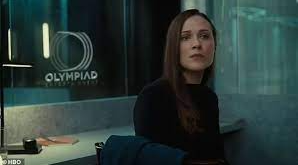 Christina receives a call from Teddy at a park that has a beautiful view of the Manhattan Skyline. But it is not the usual aesthetics of the Big Apple that Teddy wants Christina to see. It is Charlotte’s tower of horror, built to control Humans infected with the mysterious virus, that Teddy is able to get Christina to finally see. Teddy also informs Christina that she has the ability to manipulate the lives of human beings, hence her purpose in being employed as a writer for that company with the Delos style logo.

Charlotte, posing as an old college friend, asks to meet Christina for lunch. Charlotte is aware that Christina is becoming increasingly aware that all is not as it seems. To avoid Charlotte’s prying questions, Christina uses her ability to create a distraction. Returning to work, Christina’s boss tries to reprimand her for troubling behavior and work performance. However, our girl discovers she has control over her boss as well. After uncovering a master control room, Christina is shocked (as was I) that she has written the narratives of every Human in the city.

Well, this season remains fun but about as straightforward as a politician answering Presidential debate questions. But there is no question that we are looking forward to Westworld S4E6 on July 31, 2022 at 9PM ET on HBO.