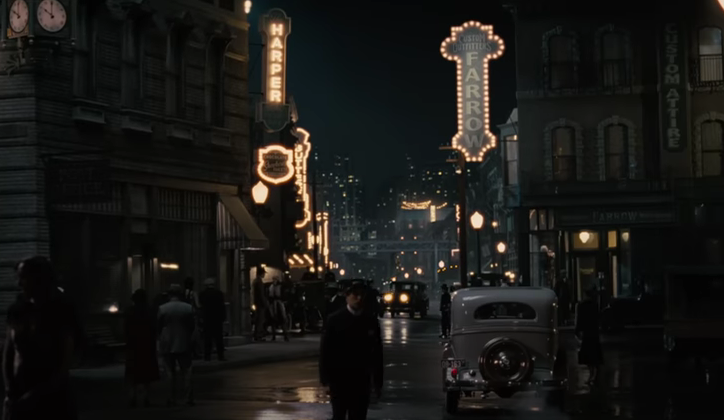 There’s a tower, a new theme park in Delos, more violence (what else is new), and of all things…William is alive. Well, sort of. This was a difficult episode due to the many intersecting storylines and various characters. I almost feel as though I’m in my own park at Delos, just trying to navigate through the dark waters to follow all of the characters.

Charlotte is lurking about, planning, plotting and God knows what else she has up her sleeve. Murder, blackmail, an army of Hosts, experimentation and intimidation – nothing is too low for Charlotte (who, if memory serves correct, is partially Dolores – Charlotte in the physical form, Dolores in the mental/emotional form). Killing a senator and his wife and replacing them with identical Hosts (creepy) is another thing on Charlotte’s “to do” list. California Senator and Mrs. Whitney were killed because, well – we know how Charlotte is with rejection. Anyone who gets in her way is history. The Senator got off lightly; Mrs. Whitney wasn’t so fortunate (gulp). Mrs. Whitney is subjected to cruel torture and is in a very debilitated mental state (Caleb and Maeve find her in a horrible state of mind). These are just a few people on Charlotte’s hit list. Hell, even William gets in on the action and takes out the Vice President while on a golf course. 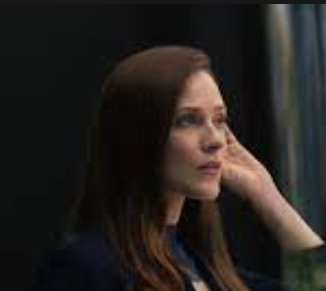 It appears that anyone who tries any form of interference or questioning of Delos is immediately dealt with – usually in a gruesome manner. James Navarro, who is a high-ranking attorney general, finds out just how serious Charlotte is when it comes to protecting Delos. Navarro is subdued in his vehicle and Charlotte leaves him to his fate….and a pesky fly. Charlotte has experienced her own losses (S3 shows us how her family was killed in an explosion, which would make anyone lose their mind with grief and anger).

Christina (who is portrayed by Evan Rachel Wood and is not playing Dolores) goes to work, comes home, lives a boring mundane life. On her way to work, she sees a man going on and on about some sort of tower. This tower was mentioned last week by the creepy stalker, Peter. Peter was the man who claimed that Christina programmed his likeness into a game she created and wrote (he committed suicide last week). What is so important about this tower? Who is in charge of it? Where is it located? What purpose will the tower have in future episodes? What does Christina have to do with it? 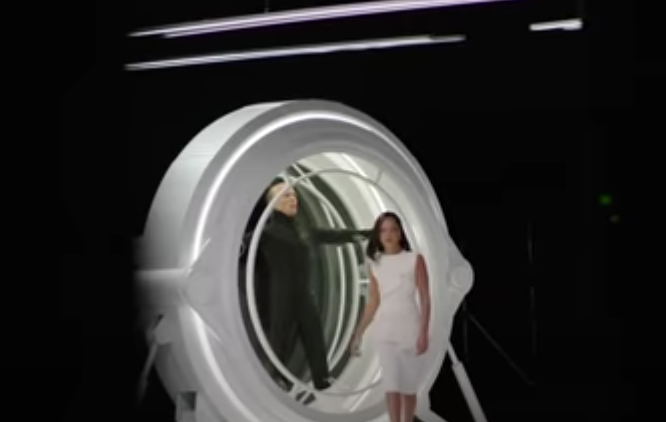 Moving onto the Man in Black, William. Well, he’s still in black – but not a conventional suit and tie with the black hat. More like he’s wearing some sort of adaptive black suit that keeps him alive and wired in (some sort of pod-like contraption to keep Hosts or humans intact) – and this is where Charlotte can communicate with him. It’s really creepy and weird but William is definitely alive. It’s as if Charlotte wants to see the downfall of humanity and is looking forward to the destruction that’s sure to follow. William is not in any shape to be free from Charlotte and as she put it – he’s alive because she wants to remind him who the winner is and who is the loser. Ouch. 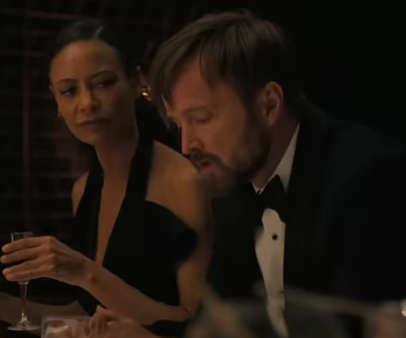 My favourite part of the episode is with Maeve, Caleb and the introduction of a new theme park in Delos. They are transported back to the 1920’s – or as history described it, “The Roaring Twenties.” Although everything looks shiny and chrome in this new theme park, Maeve and Caleb are struggling with personal demons and how to overcome new hosts. I wouldn’t want to be in their shoes. When we think about the episode title, “Well Enough Alone” – what comes to mind is how people try their best to keep the past in the past, to not talk or think about things that they’ve had to endure, survive and overcome. You try to leave it alone. You try not to dwell on it but somehow, someway…it shows up at the most inconvenient times. It’s as if Maeve and Caleb are going through this right now and no matter how hard they try to leave the past, it just keeps coming back to haunt them. They are both suffering from a great deal of post-traumatic stress disorder except there is no team of mental health and wellness personnel to help them heal. They have to survive on their own. We see semblances of the first season where guests can choose from either a white or a black hat. Caleb and Maeve have been down this road before, and it’s not pretty. Though they both try so hard to be nonchalant while in the new theme park, they both know it’s only a matter of time before they both have a hell of a fight on their hands once again (and we know how much Maeve and Caleb have struggled through in the past).