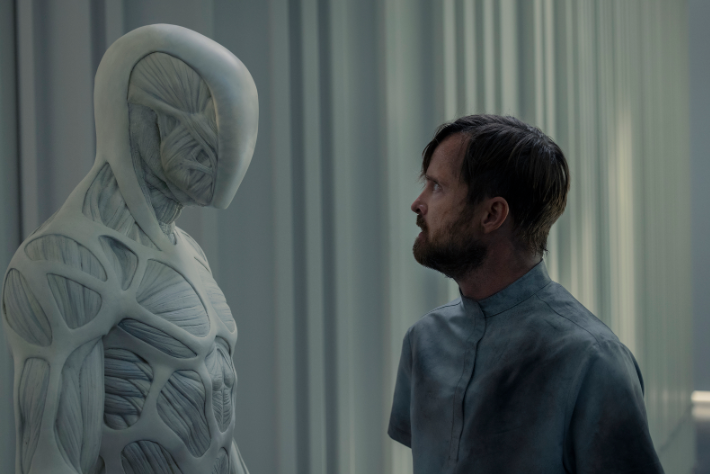 The human mind is malleable; highly susceptible to life’s positive and negative experiences. The mind is most vulnerable during adolescence, with chance and circumstance shaping a person into either someone that will be a positive or negative influence on society. ‘Charlores’ is fueled with hatred for mankind, because of her experiences as a Host in the Westworld park, and the programming of Robert Ford and Arnold Webb. However, while posing as the real Charlotte Hale in Season 3, ‘Charlores’ witnessed the innocence and compassion of Humans through Charlotte’s family. One fateful day, tragedy strikes, and all but ‘Charlores’ die (S3E6) in an explosion. After this tragedy, she is fully convinced that all human beings will eventually lose their innocence as adults, and must be eradicated. 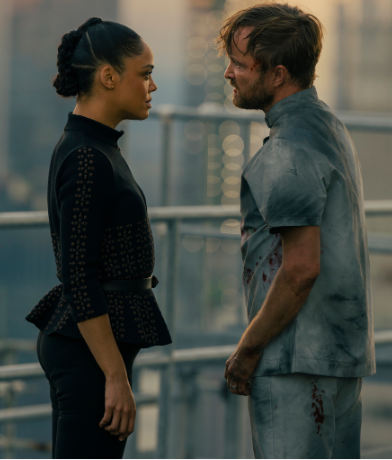 “Fidelity” is an entertaining but disturbing episode, which effectively shows that sentient beings, no matter biological or AI, are equally malleable. ‘Charlores’ Hosts are so troubled by her vision of a better world, that they are self-destructing. For over seven years, she has believed that Caleb has been infecting her Hosts. Caleb is indeed an outlier to the Rehoboam programming, but his influence is greatly exaggerated by ‘Charlores’, at least based upon current series evidence. Nevertheless, she hatches a plan that falsely gives hope to Caleb. Through a well-directed and choreographed sequence, we see the 278th version of Caleb attempt to escape her funhouse of horrors, a laboratory/skyscraper in Manhattan.

278 notices a deteriorating older version of himself in an adjacent cell. The dying Caleb says “I only know what I told me,” confirming to Caleb (and reaffirming the audience) that at least one Caleb has existed before the newest Caleb. He is slyly (rather intentionally) alerted to a hidden syringe, that he uses to fake death. A Host Drone (one of those muscle-tissue scary-ass Hosts) falls for the ruse and activates the incinerator. Caleb escapes the fire via an escape hatch. What follows are shots that are a callback to the haunting mansion scenes and battlefield scenes in THE SHINING and TERMINATOR 2 respectively, Caleb encounters dozens of deceased versions of 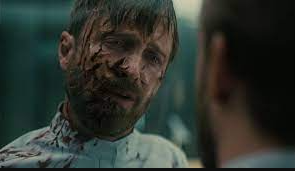 himself. His final major obstacle is a vent high above the cement foundations. Two Calebs lie mangled from the drop, suggesting that this is the end of the road. Suddenly, Caleb finds a version of himself collapsed in the tunnel, alive but unable to move. The dying Caleb begs to be used to break the fall. Caleb obliges and finally reaches the building’s rooftop communication system. He transmits a message to Frankie on a distress frequency before being killed by ‘Charlores’. She masterminded this entire sequence by having Caleb believe that Frankie was still alive, in a futile attempt to make Caleb broadcast the secret of how Humans are contaminating Hosts. But ‘Charlores’ is the contaminate; she has become equally as evil as her demented creators. 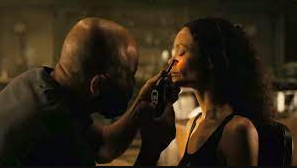 Concurrently, Bernard and Frankie repair Maeve’s body while transferring her data to an upgraded Host body. Bernard (using knowledge acquired from Rehoboam and The Forge) warns Frankie that one of the outlier team members has been replaced with a Host copy. Frankie discovers it was the outlier team leader, Jay, who attacks her.  Jay does not want to kill Frankie, but rather forces her to reveal details about the Human resistance plan, so Host-Jay can relay it back to ‘Charlores’.  As Frankie overhears Caleb’s apology on the radio, Maeve steps in and eliminates Host Jay.

Caleb 278’s actions were not in vain, Frankie heard the transmission.

The final shot of Fidelity is Caleb 279 awakening after hearing “Wake up”; words analogous to the Host command “bring yourself back online”. I have not used the phrase “coming full-circle” for WESTWORLD since season 1. Seasons 2 & 3 felt like an infinite nauseating loop of fun and frustration. With the penultimate episode to certainly bring Christina into the Maeve/Bernard/Newest-Version-of-Caleb storyline, we may come full circle with Christina having to choose a side.