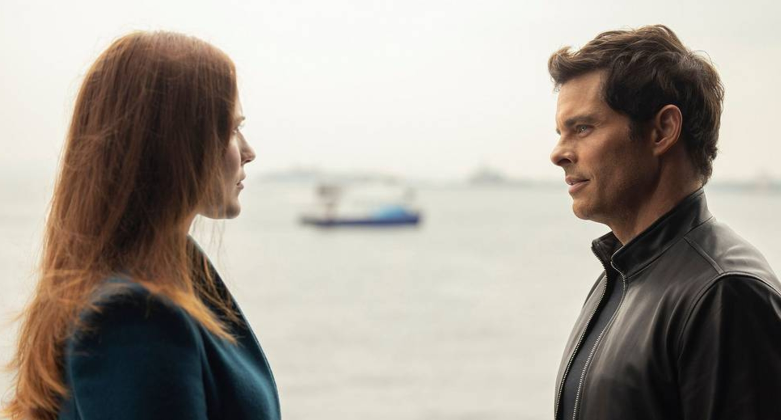 Director Paul Cameron helmed the pilot episode (“The Original”) of Westworld.  “The Original” contains one of the show’s most memorable shots: While packing her horses’ saddle, Dolores Abernathy drops a can of powdered milk, which is retrieved by Teddy Flood. “Generation Loss” introduces ‘Christina’ to Teddy in a similar fashion. Following her current “loop” consisting of work and outings with roommate Maya, Christina drops her lipstick case. The case rolls and settles at the feet of the well-tailored Teddy. Teddy picks up the case and repeats the striking lines from the series’ pilot: “Don’t mind me, just trying a little chivalry”. Christina is delighted and experiences déjà vu once realizing Teddy is her blind date. Christina has been in a loop since being introduced to viewers this season, and with fan favorite Teddy back, perhaps this loop will be broken. But in what manner? Is this the Teddy Flood that we all admire, or a copy sent by ‘Charlores’ to manipulate or possibly eliminate Christina? 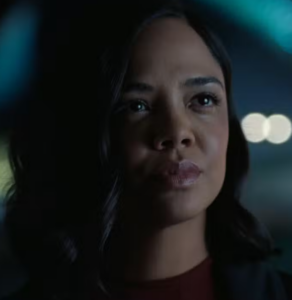 Westworld Season 4 is entitled “The Choice” and features three prominent storylines.  The first is the aforementioned Christina story arc, and the second and third arcs are Maeve/Caleb and Bernard/Stubbs.  In the second arc, Maeve and Caleb are seen (via flashback a la third season) destroying the final copy of Rehoboam, a quantum computer that manipulates human interaction. Caleb is gravely wounded during the attack, yet survives after Maeve leaves him under the care of nurse Uwade. Uwade later marries her patient and Maeve reaches out remotely years later, which triggered violent events that reunite Maeve and Caleb.  The duo capture and extract ‘Charlores’ from the 1920s theme park, with Caleb perpetually fighting off ‘Charlores’ virus that controls Humans. Arriving at a Delos expansion park area, Maeve engages in a brutal showdown with a host version of the Man in Black. A distraught Caleb observes Maeve trigger construction explosives, causing herself and her nemesis to be engulfed by sand and concrete. The blast knocks out Caleb, who awakens 23 years later to a new horror. This horror is one of the series’ biggest revelations.  Awakening for the 278th time, ‘Charlores’ informs Caleb of his multiple iterations to obtain something that the Human William could never achieve. Fidelity. In a scene reminiscent of revelation scenes from The Matrix and Vanilla Sky, a distraught Caleb escapes the facility, only to run into a Manhattan that is fully populated with Humans controlled by ‘Charlores’.

Bernard and Stubbs are captured by a mysterious group of freedom fighters, who argue amongst themselves deciding their fate. Stubbs and Bernard are 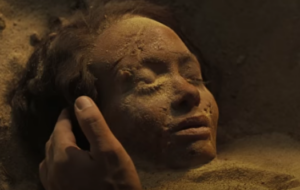 separated, with Bernard sarcastically telling Stubbs that in most of his premonitions, Stubbs’s future doesn’t look so good. It must be noted, that the dynamic between Stubbs and Bernard, while not as profound as the other plotlines, adds appropriate humor and a fun factor to the series. C, the freedom fighter that advocated for Stubbs and Bernard to be spared, has Bernard searched for a rumored weapon that could be used against ‘Charlores’. Remember that ‘Charlores’ is the full-on bat-shit crazy version of Dolores, the version with the Wyatt storyline. As Bernard begins digging, C is afraid that the body of her father will be uncovered. It is not the corpse of a Human that is uncovered, but rather the fully intact Host body of Maeve. This reveal confirms that C is Caleb’s daughter Frankie, and merges this storyline with the Manhattan overrun with Humans controlled by ‘Charlores’.

Despite the complexities and multiple storylines, this season of HBO’s most ambitious series is relatively easy to follow, compared to Season 2 and Season 3.  The scope is indeed ever expanding like the aforementioned seasons but is appreciatively succinct like the first season. As we cross the midpoint of the current season, one cannot help but ponder why the season is entitled “The Choice”. Season 1 “The Maze”, featured a symbol that is seen everywhere in Westworld and a representation of Arnold’s (Human that Bernard is based on) theory of creating consciousness. Season 2 “The Door”, is a literal take on the hosts exiting the Delos parks to enter the Human world. Season 3 “The New World”, explores a chaotic world where a version of Dolores fights against a machine designed to control Humans. What will be “The Choice” in Season 4?