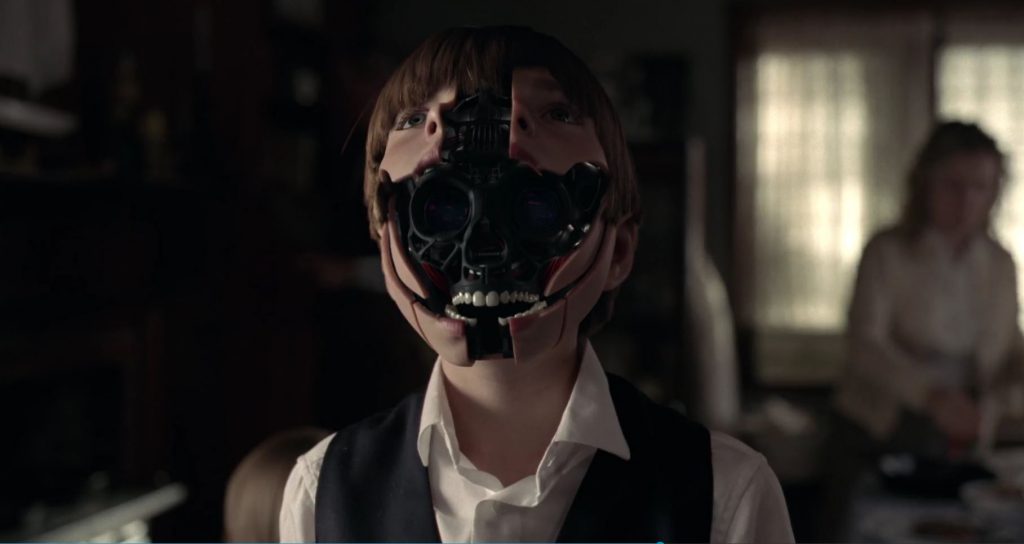 Westworld seems to have become one of the shows that have a fan base completely divided. A large portion of people is completely in love with the show, claiming it’s the next Game of Thrones, while others think it’s the same story told a different way. As the season continues, that line blurs a bit and we see people switch sides. Honestly, I still haven’t figured out exactly where I stand with it.

Maeve (Thandie Newton)  has been my favorite since Episode One and that hasn’t changed. This episode only further solidified that. She seems to have a higher level of awareness than most of the other characters. This episode, she even goes as far as having a guest strangle her to “death” so she could return to the command center and learn more about what’s actually going on. The scene is violent and it’s not clear how the audience was supposed to react to it. Most shows seem to love including violent scenes like this to push boundaries and up the shock value. Westworld hasn’t hesitated to do that so far. With her retaining her memories from the time she spends getting “repaired”, she seems more than happy to do anything to get back to the command center and talk to Felix (Leonardo Nam). 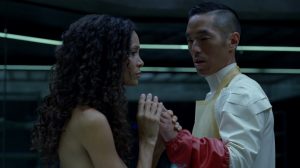 This episode includes one of the most powerful scenes of the series so far. As Maeve “ascends” through the levels, we see her experience all the different aspects of this Host life. Hosts drawing guns, dead Hosts being brought back to life, Hosts kissing. In this short scene, she is seeing every aspect of the life she has been designed to live. The scene is only made more powerful by the orchestra version “Motion Picture Soundtrack” by Radiohead playing in the background. The song choice was absolutely spot-on for this.

She then watches the promotional video for the park, seeing her own memories flutter across the screen, and realizes just how fake it all is. We get to watch the remaining pieces of her program chip away, revealing a very human droid that has an unbelievable self-awareness that we have been hoping to see. This fact is only proven further as she bullies the body shop guys to change her attribute matrix on the control pad. Now this was the part that seemed a little unrealistic to me. Maeve has only been self-aware for like 2 seconds and she’s already strong-arming two humans and getting her way. It seems unlikely that they would immediately submit to a droid, especially when they have the power to change her behaviors and attributes right there.
The only other part of the episode that intrigued me was the development with Elsie. She learns that the stray Host that hit himself in the head with a rock was actually trying to transmit information out of the park. She immediately tells Bernard about this information so they can try and figure out exactly what it means. After some A-Class sleuthing and some very 1990 technology, Bernard learns that there are five unregistered Hosts living in the park. He continues his search by showing up at their cabin. What I can’t really figure out is how this whole process was so easy if it was such a big secret this family was living there under the radar but either way, it leads Bernard to ask the infamous :”Are you Arnold?” question. Instead of answering, the father attacks Bernard. Though he was, of course, saved by Ford, you can see there is something different with these droids than the others. 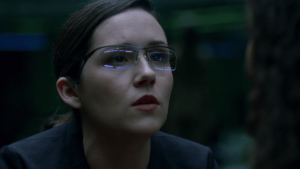 Ford reveals that these are Host versions of his real family, created for him by Arnold. Then it gets weird. He gives the young boy a command to rip his face off. There’s no hesitation and you quickly see these bots are full of gears and widgets instead of organic material like the current droids. Bernard wants to report the situation, not trusting the Hosts to continue living unsanctioned but Ford argues that they cause no harm. It convinces Bernard to step back a bit but the audience learns later that it’s a false statement. Ford’s version of his younger version killed his dog because Arnold’s voice told him too. Talk about creepy.
Elsie continues her sleuthing to learn that Theresa Cullen is smuggling information out of the park through the Delos satellite. Arnold, or someone pretending to be Arnold, is also showing some control over the Hosts, allowing them to do things they definitely shouldn’t be able to do like hurting human guests. Elsie tells Bernard what she’s learned and then is predictably grabbed and dragged off screen. It’s safe to say next episode will probably delve into who has her and if she’ll be killed for knowing too much or if a rescue will take place.

The season is definitely shaping up with some interesting twists and it’ll be exciting to watch what they continue to reveal. Check out the preview below for next week’s episode and let us know what your favorite part of this week was!