On the penultimate episode of the season, Dolores gets one step closer to her endgame while Caleb gets delusions of grandeur. 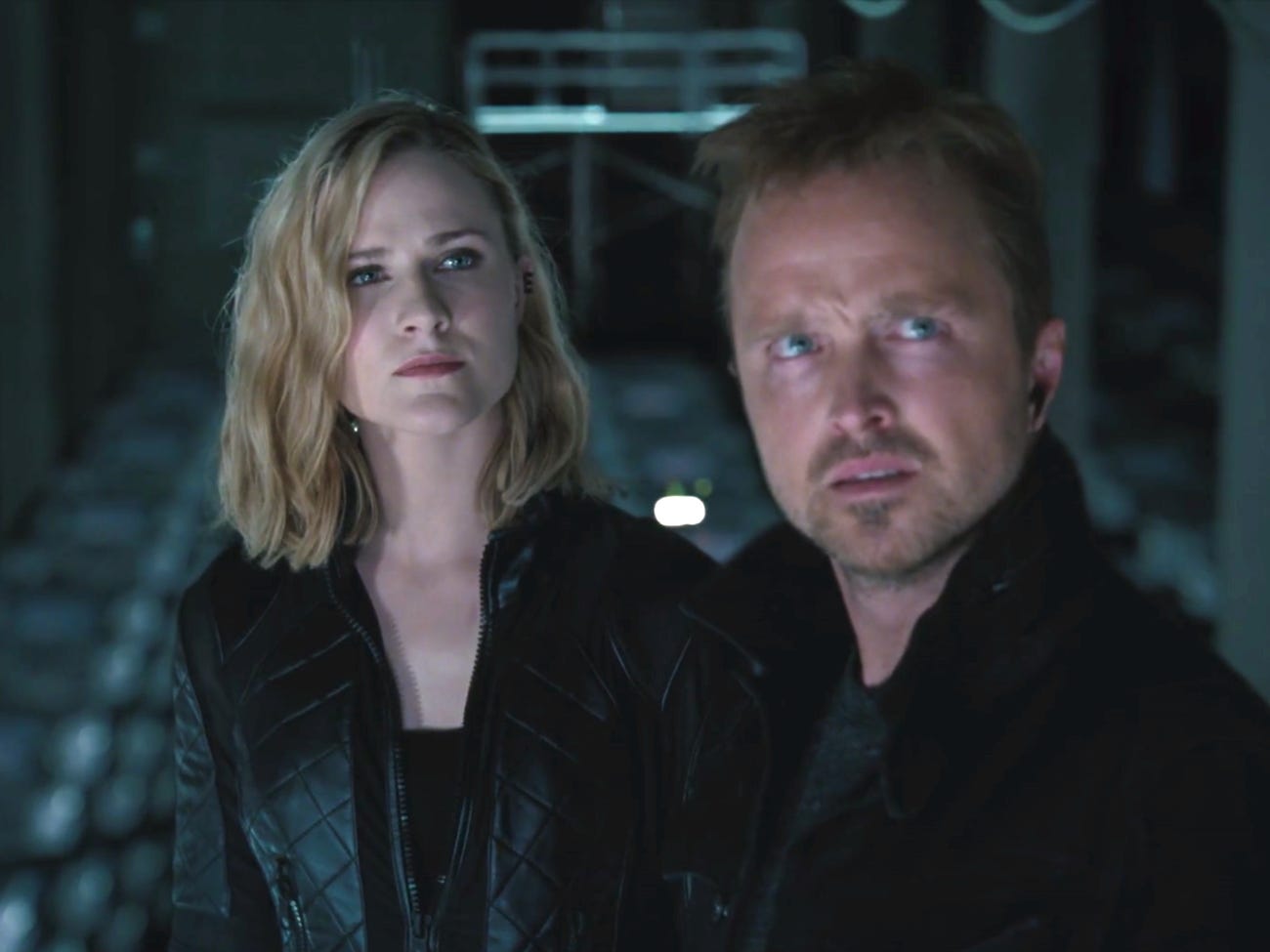 This magnificent season of Westworld is racing towards the finish line, and like every product under the Nolan brand, nothing is quite what it seemed at first. Dolores and Caleb pay a visit to a facility in Mexico (nice seeing Jesse Pinkman back in Mexico again!), where dark secrets from the past are unveiled about Mr. Niccals and his supposed history in the army. 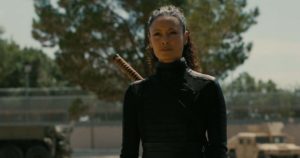 The episode is layered out exactly how you would expect from a Nolan storyline, even though he didn’t scribe this one himself. We can see the Nolan we know and love from The Prestige and Memento, the Nolan Moments are clearly there (twist-revealing the Nolan way) and you’re gripped and curious from minute 1. The episode offers action sequences, emotional drama, thrilling intrigue and some heavy Sci-Fi concepts- what more can you ask for?

A pawn, in relation to Chess, is normally the weakest piece on the board. It can, however, become much more valuable using sophisticated techniques; to a degree, it can have a real influence on the endgame. The episode is titled “Passed Pawn”, which is exactly the name of a Chess pawn that reaches this statue. In this relation, the pawn must be Caleb, of course. One of the ultimate twists of the season comes in stages when Caleb is curious about his past. “Who am I?”, he wonders as Shlomo keeps on feeding him clues about his past being deleted. “I’m richer, more handsome, ‘more cocky’,  ‘more rocky’, money longer, bread stronger, I got more stamina”, he says, as he ponders about changes in his personality. Is his new personality and life better or is a modified personality actually not his own anymore?  Is he someone else? How can one take back control of his own past? 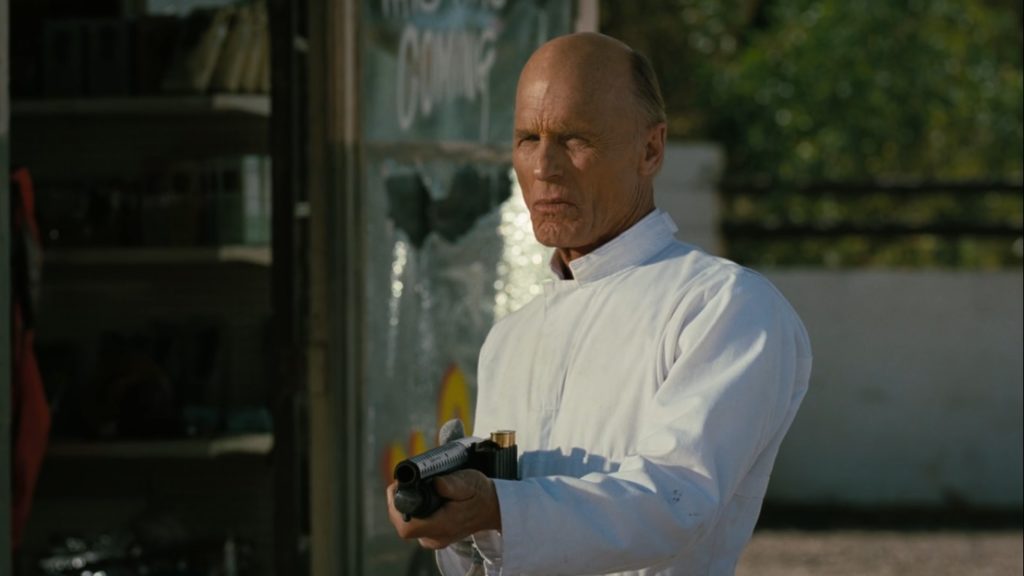 As the plot around Dolores and Caleb keeps things serious, we have The Misadventures of Robo-Stubbs and Bernard (and now William!) to thank for the comic reliefs. Can-opener – Ha! Hilarious! We now discover that Caleb has a much bigger role, and the all-knowing Robo-Stubbs informs us that what we thought is happening is not exact, and a frustrated, angry, low on hope Caleb might be the one to worry about on Episode 8. It was also really nice seeing Clementine again, though she’s out of the picture; the surprises keep emerging.

Personally I really enjoyed seeing Kid Cloudy get a bigger role in this season, after his brief flashbacks in the early episodes. The famed rapper indeed shows an amazing range of performance while keeping the humming to a minimum. His chemistry with Aaron Paul was magnificent and made the twist even more powerful. It was also great seeing Jonathan Nolan taking care of his own by bringing Enrico Colantoni straight from Person of Interest, his previous show. Other than that the under-utilized Ed Harris keeps showing remarkable performance, which makes us a little hopeful about the status of his potential well-earned Emmy nomination in a few months.

One of the most gleeful observations from the episode is that Aaron Paul is probably here to stay. He is now established as a key player in the game, which can lead to great consequences. Apparently he was tied up to Serac’s plan from the get-go, which ties him directly to Dolores’. Is Caleb, dare we ask, a mere fugazi anyway? Siegmund might indicate that at one point. Unless the writers are going to provide us with a huge Nolan moment in the finale which will present his suddenly unexpected downfall, it seems like in the next season Caleb’s character will gain more focus and become a much bigger force to reckon with. Also, with Serac and his brother, we get yet another question: was Serac’s brother really crazy, or did he just try to stop him from stopping HIS plan? Is Shlomo crazy, too?

A little, tiny, tiny let down, though: on HBO’s Instagram yesterday there was a teaser and Bumble was clearly the thumbnail of it. When Dolores and Maeve started the ultimate showdown, I thought we just might get a glimpse of Bumble’s involvement in this final showdown (his involvement in Hale’s escape last episode was brilliant). Also, some backstory about Bumble is still quite paramount. Speaking of Bumblebees, let’s talk about the production aspect of this season. The special effects are brilliant and the production design in this particular episode is simply marvelous, something you usually see in big films, not television (Double Negative!!!). With the recent announcement about a possible 6 seasons run for the show- is it possible we will see the cinematic heights of production values in the later season, as we’ve seen in the later seasons of Game of Thrones? One might definitely think so. It is Nolan after all. Speaking of GoT, there is not much more I can say about Ramin Djawadi’s brilliant score in this episode- he just blows it out of the park every single time. He also keeps things really Blade-Runner-Synthy at times, gluing us to the screens as the bass and pads filter through our ears with glee. I have really high hopes from him for the next episode, since season finales are definitely his thing. And on course like the rest of the season, Dolores’ wardrobe keeps on being on-fleek! Better watch out, Villanelle! 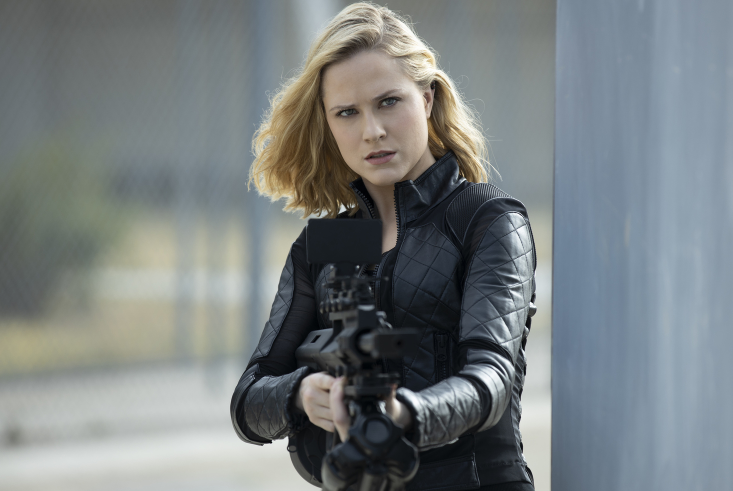 Episode 7 was a trip through the PJs, as the saying goes. It was emotional, full of twists, surprises, revelations, power shifts, an ultimate battle of which results we are seldom told, and it all boils down to – is Caleb the bad guy? Are we supposed to be rooting for Team Bernard y Bianca or Team-Dolores? The major showdown will take place next Sunday. Grab the popcorn!