When we start episode 2 of the already-brilliant season 3, Maeve’s world is not what it seems to be and Bernard is lonely, lost in the middle. 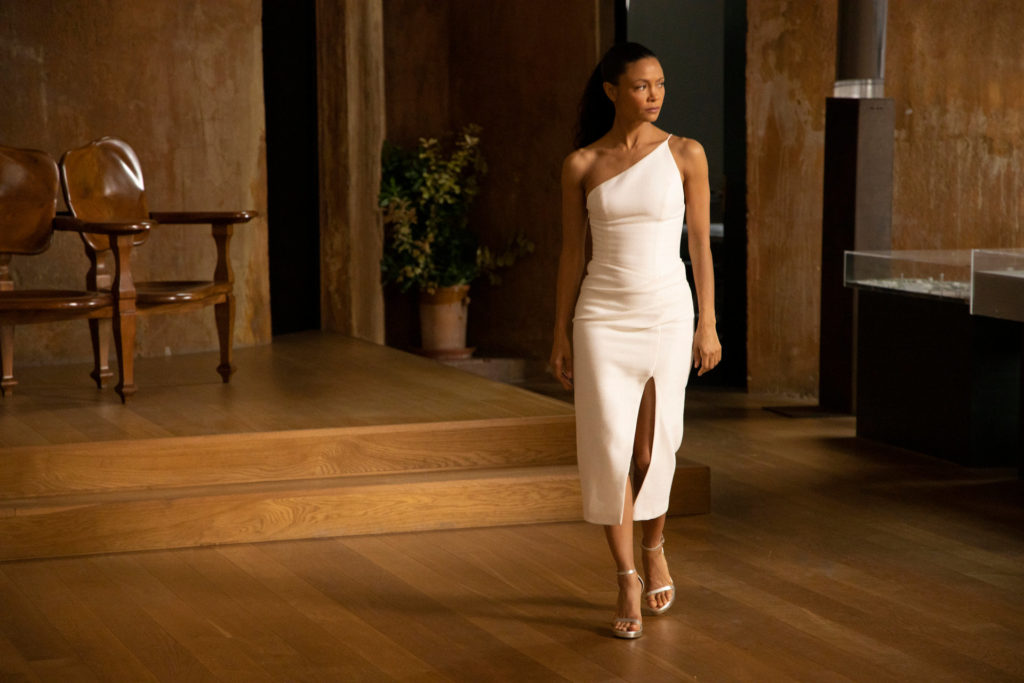 “The Winter Line” presented a much-anticipated return to form in terms of style and setting after the previous episode seemingly presented us with an entirely new show from the mind of Jonathan Nolan. In what seems to be a transition stage, this episode basically sets the pieces in motion for the show moving steadily from two seasons closed in the park to something in a much larger scale- a much welcome transition indeed. Eagle-eyed fans couldn’t ignore the similarities between what the show is becoming to Jonathan Nolan’s older show, Person of Interest, only this time he has the means to unleash his creative ideas on a much more ambitious manner.

The Winter Line was a series of 3 German and Italian military fortifications that were constructed during World War II to defend a western section of Italy. That seems fit for Season 3/episode 2 of Nolan and Lisa Joy’s brilliant HBO series. We start the episode in Nazi-occupied Italy. Maeve is living the dream. It surely feels like one, because it is the same world she knows – it’s a Delos park (and later, the lab which she already knows so well) – but some things are different, and the mystery prevails. That’s the thing about Nolan, though. It feels like NOLAN. You feel that something is off, right along with Maeve, but the twists are right around the corner. Of course, I won’t talk about what they are, but the two plots that cross in the episode, help us understand each one of them somehow.

Every viewer familiar with the Neo-realistic Sci-Fi genre the Nolan brothers basically created with their films such as the mind-bending space film Interstellar can see this episode has Nolanism written all over it. Adding one twist on top of another constantly, while presenting an amazing concept of science fiction much rooted in reality is exactly what you can expect from an HBO high-end Sci-Fi epic. The moment Maeve decides to mess up systems by overloading its complexity is sheer brilliance and it proves that despite visiting some old territories of the genre, the writers still have a few tricks under their sleeve.

On the musical side, Composer Ramin Djawadi keeps changing musical styles and genres like a girl changing clothes- varying from strong electronic composition to his regular orchestral melodies, and even some old-fashioned basic WWII march music to fit into Isabella and Etore’s little dress up game. On the technical side, there is style dripping all over this episode, with Visual Effects from the highest order, stunning scenery and cinematography and a few beautiful gimmicks like the screen ratio changing one Maeve realizes her reality is a mere Fugazi, nothing more.

One simply cannot write about this episode without addressing the brilliant, yet an ever subtle nod to HBO’s previous hit series, Game of Thrones, that the writers chose to put inside the episode much to our amusement. Paradigm-shifting screenwriters Benioff and Weiss, the 7-times Emmy winning writers of GoT made a surprise appearance in a cameo that had fun with a years-old internet joke about the possible connection between the two shows. People do need to realize it’s merely a joke, though. No, GoT did not take place in a Delos theme park, like a few highly stressed Twitter users tried to suggest.

By the end of episode 2, we are pretty much all set to go on a journey that reaches far beyond the walls of the Delos theme park. As we’ve seen in the brilliant first episode, written and directed by Nolan himself. The show is now moving to LA. No more parks? Because as we understood, the Delos theme park is in shambles and none of our main characters seem to be there anymore (William? Where is William though?). The show is now looking at this thing from a much larger standpoint. It’s no longer just about the park, the Hosts nor the visitors. It’s about the advancement of tech, the tech world, competitions inside the tech world and, of course, more philosophical questions about what’s human and what’s not in a world where you can’t really tell the difference. Also, Sizemore is as hilarious as ever. Alive and well. Or is he?

Another great surprise by the end of the episode was Vincent Cassel. The brilliant French actor from great movies like Black Swan and Irreversible joined the show for a major key role I’m sure we’ll come to understand more as the season progresses. Right now, he’s a mysterious, yet bored, a tech giant who’s concerned about the future, or his vision of the future. We don’t know yet if he’s “good” or “bad”, because none of our main characters are neither this or that! Dolores was the ultimate good-guy on season 1, but then went a little nuts in season 2 and now, we don’t really know if we’re on her side anymore. Were we ever? And how will Cassel’s character stir the pot? All this remains to be witnessed as Nolan and Joy unveil the story for us.

Brilliantly directed by Richard J. Lewis and written by Matt Pitts and Lisa Joy Nolan (who lives up to Her name), Episode 2 was a great double-centric. The two plots seemed non-related, but one helped us understand the other. The episode presented top-notch quality entertainment, much needed in these harsh times. With only 6 episodes left of the bite-sized season, we have to savor every moment we have – and for now, the first two episodes didn’t only live up to the expectations but also promised the best is yet to come.