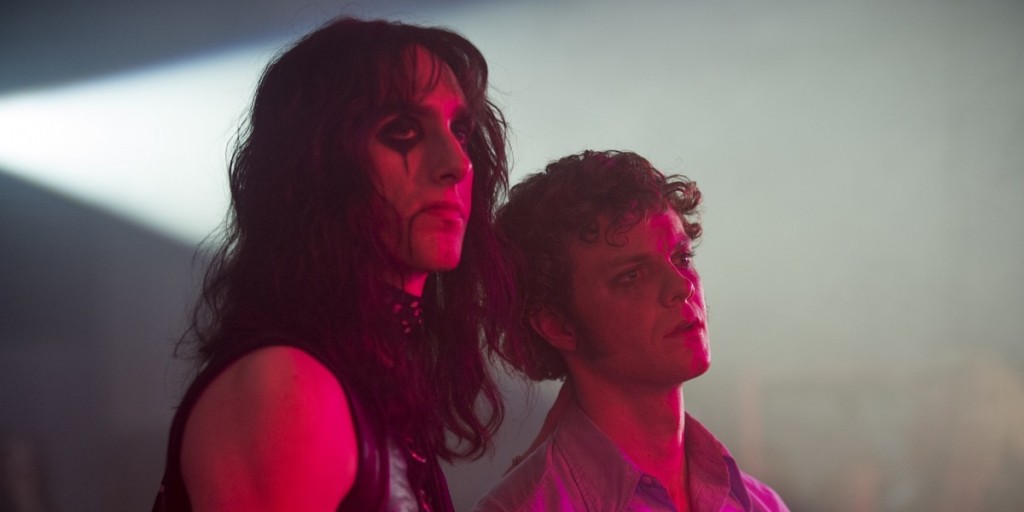 Yet again, the creative minds behind HBO’s unpredictable new drama have succeeded in maintaining an exceptionally high standard of television as the third episode of Vinyl aired earlier this week. The first episode of the new show was feature length and had such high production value that I was worried the rest of the season would be unable to follow suit, but I was completely wrong and find myself thinking during every episode “now THIS is how you make a TV program”. It is by far and away one of the best things I have seen on television in a very long time, every episode (find #2 here) takes you on a journey, the characters suck you into their lives and you feel completely engulfed by their world. Bobby Cannavale and his unrelenting brilliance is what makes this show so special as his character descends and accelerates in equal measure through the rip-roaring music scene of 1970’s New York.

At the end of episode two, Richie arrived at Lester Grimes’  (Essandoh) house, who Richie abandoned as his manager.  That led to Lester trying to get out of the contract with the label he signed to; as a result he was beaten and his esophagus crushed. Lester tells Richie that he is unable to sing any more as a result which not only breaks Richie’s heart, but ours as well. Lester’s soulful voice was smooth, crisp and absolutely perfect, he had the kind of voice you could listen to for hours. When he reaches for the guitar to sing and we are shown the juxtaposition of his voice now and his voice back then;his sound was incomparable. 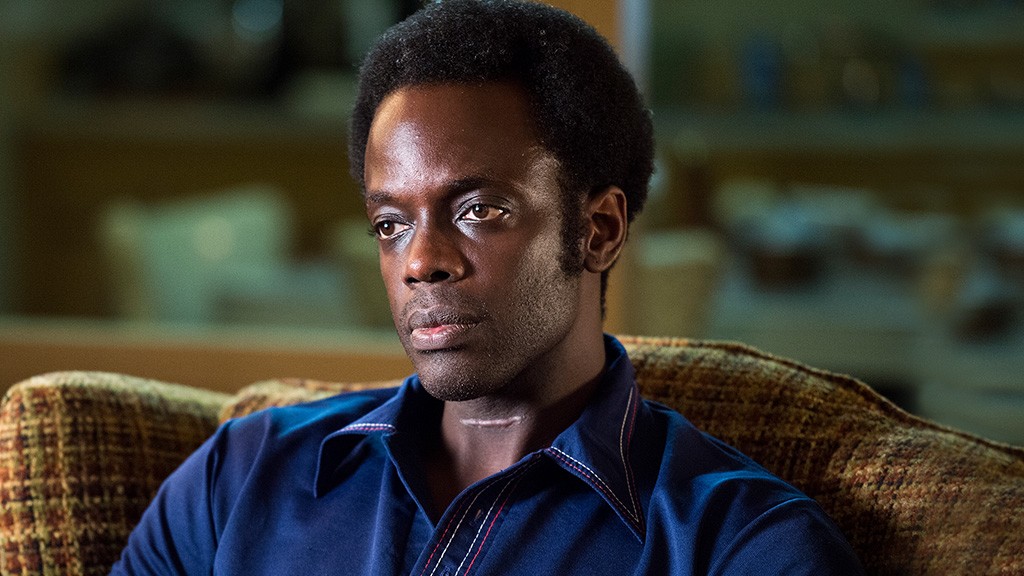 The idea of showing the then and now is used heavily throughout the last three episodes but in this episode it particularly feels like its going somewhere and remembering something from years gone by and causing characters to develop their stories. Devon (Wilde) in particular appears to be evaluating her life with Richie, they live in a big house in the country, miles away from the buzz of the city and she is clearly very bored of being the lowly housewife and stay at home mom. She feels like the project with the ballet dancers was Richie throwing her a bone, something to keep her occupied while he went out and earned the big bucks. However, once she learns that Richie isn’t selling the company but that they don’t have any money it means even her project is compromised. With no funds to carry it through, she sells her prized Andy Warhol painting. You can’t help but feel sorry for her because she looks back at the life she used to have rubbing shoulders with famous artists and getting drunk and high with her artist friends. Devon finding her own identity and her place in Richie’s world is an interesting theme and something so prevalent of the era, she is clearly a strong and talented woman and without her I fear Richie would be a quivering mess. It will be interesting to see how her role changes. 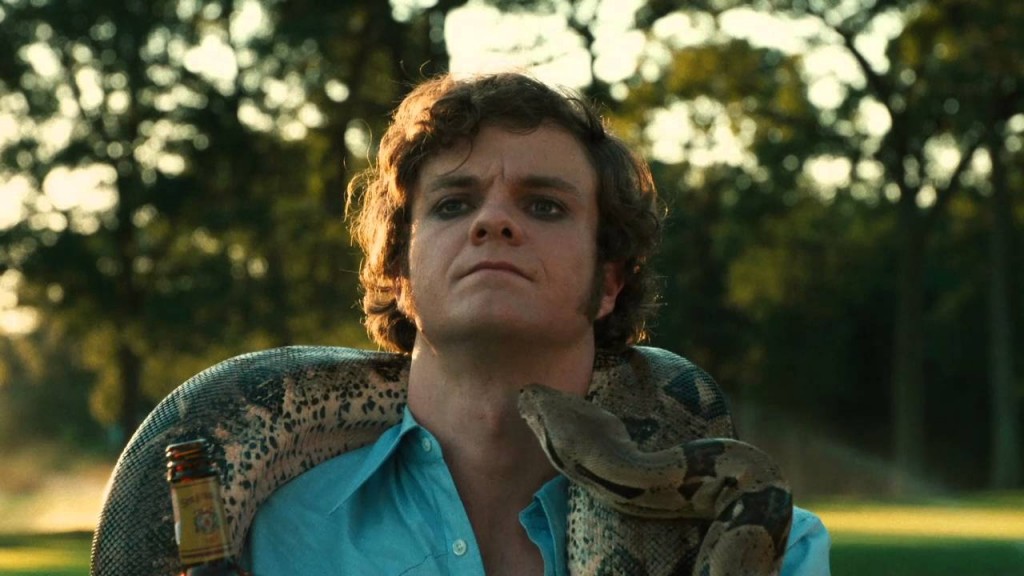 The central theme at the moment, even more so than the horrendous murder of Buck, but we will get to that, is Richie saving his label. He and his partners cut their rosta of bands down to try and save money while looking for the new sound. Jamie Vine (Temple) is desperate for Richie to hear her discovery Nasty Bits who are told they can put on a showcase for Richie to attend and show off their music to him. Buzzing from his new sound its only then that Richie learns that the body of Buck has been found.

I really love how this has been an underlying sub-story for the last episode and largely this episode as well, Richie is drinking and taking drugs to block out the flashbacks of Buck’s crumpled head and once the body is found it feels like its going to start taking more a front seat in Richie’s life. No amount of drugs or alcohol can turn back time and eventually he is going to have to face up to what he was an accessory to.

Richie’s character is so interesting and so complex and he is almost at times crippled by nostalgia, much like Devon. His flashbacks are to how he got to where he is today and he needs to maintain that lifestyle if he wants to find new music, but he has a wife and child at home in Connecticut. The conflict is so extreme that both characters almost become two separate versions of themselves. The idea of moving to the country is a nice, idealistic life to choose, but there is too much fun to be had in New York and if Nasty Bits are anything to go by, the emergence of the punk scene is right around the corner. He is on a literal and metaphorical high as he searches for new music and something to get excited about while simultaneously slamming his hand on the self destruct button. He is the kind of character whose downfall will be as a result of bad character traits and poor choices and I dread to think what kind of fate Richie is going to meet. It’s only episode three and things really aren’t looking good for him. 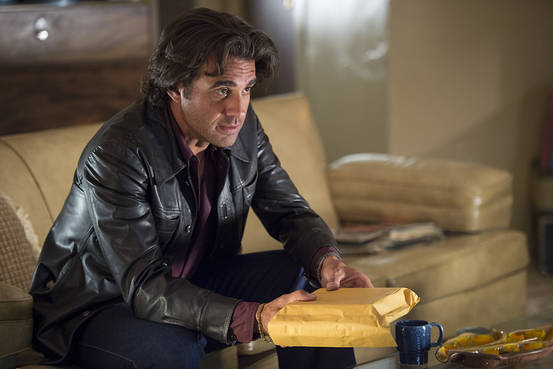 Of course the overarching brilliance of this episode, like the others, is the music. The depiction of different genres at the time is pure brilliance. There’s the soul and blues scene which is something Richie hasn’t invested in since he teamed up with Lester, but its happening as demonstrated by the out of place cuts to famous musicians singing on staircases or in his office as if on a stage, the general music for the show is also of this ilk and I think is perhaps suggesting that the answer to his label being saved is right in front of him and has been this whole time. The popular music of the era, for example Abba, is constantly being played in the American Century offices and is often commented on by employees. This draws our attention to the type of stuff that the label has been interested in previously and his perhaps gearing itself towards. Then there is the rock n roll, which seems to have taken a bit more a back seat since the Led Zeppelin incident, but the introduction of Alice Cooper as a character could see about bringing in the glam rock phase that became most prevalent in this era. Finally, the punk scene. Nasty Bits. Need I say more?

Watching the development of all the main characters so far has been fascinating, the flashbacks work perfectly at filling in their back stories and explaining how they got to where they are today. Not only does Vinyl show us the glitz and glamour of the era, the wealth that came with the music and all the sex and drugs you could ever possibly want or need, but it also shows is the struggles a lot of people faced. The financial issues have been lightly touched upon and the culture of the city is changing at a rapid rate. The storyline of the murder is going to be interesting and potentially catastrophic for Richie and Devon, while Richie proves himself to be a good man and a loving husband, we are scrutinizing his every move. We don’t want to see him fail, but if that’s what is going to happen, I hope he does it in spectacular fashion. Now for the extras:

How about this bonus: THE PLAYLIST from Episode # 03

“I Wanna Be With You” by Nate Reuss

“Smokin’ In The Boys Room” by Brownsville Station

“Simone” by the Milk Carton Kids

“What Love Is (Alt)” by Nasty Bits

“Funky Stuff” by Kool And The Gang

“Heavy Makes You Happy” by The Staples Singers

“The Rocker” by Thin Lizzy

Here’s a little something to whet your appetite in anticipation of next week, check out the trailer for episode 4: