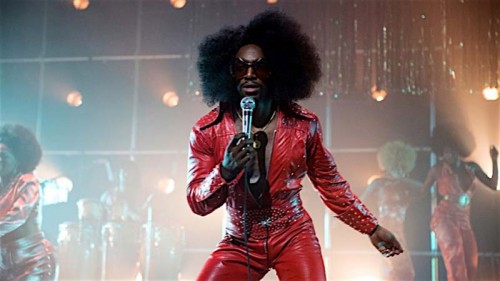 One of the many strengths of HBO programs is their unapologetic nature. Vinyl has been no exception to this, and while there are aspects of the show that border a little past absurd, it still manages to strike a harmonious chord of narrative flair, nostalgic bravado, and nuanced social familiarity. Use the last episode and this one as case in point.

“The Racket” continues the shows main storylines in a fairly roundabout fashion as it transitions from a soulfully poignant Otis Blackwell’s “Please Help Me Find My Way Home” into the vaguely comedic funeral of Frank ‘Buck’ Rogers (Andrew Dice Clay). Zak, Scott, and Skip (Ray Romano, P.J. Byrne, and J.C. MacKenzie) are enduring Buck’s funeral while Richie (Bobby Cannavale) decides it’s in his best interest to seek some marriage counseling. Devon (Olivia Wilde) exudes bitter snark as their inexhaustibly patient therapist tells them to hit a couch with a tennis racket.

Of course, in a show like this, nothing is ever as easy or simple as it sounds. After all, there is no way Richie can go to the funeral of the guy he had a hand in brutally murdering and dumping in a fallow corner of the projects. And while he’s out, a new pair of detectives have a second to mistake Zak for Richie at the funeral. 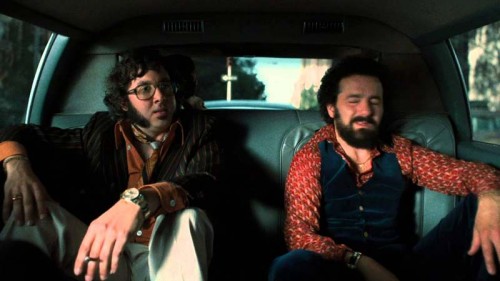 This opening does a fine job of setting up the comedic pace of the episode, and the disjointed fervor of funeral and couch abusing therapy session serve to throw the audience off-kilter. This creates a definite gap between the manic swings of Richie and the fear-addled narcosis of Zak and company. As the guys make their way back to the office, their banter in the limo, interrupted by a call from Richie, further sows the underlying mistrust of a failing mafia family. And that’s kind of the point of this episode. Not only does “The Racket” refer to the object of davenport defiling, but also the parallels of playing the game of corruption, power, and manipulation that permeates the show’s depiction of the music industry in the ‘70s. Richie is the overextended Don struggling to hold onto the thing that made him great, while the under-bosses just try to make sense of the erratic path they are being dragged down. Sure, it’s interesting to watch the American Century team jump through hoops to hold onto their glory for one more dance, but it does highlight the shows formulaic drama. 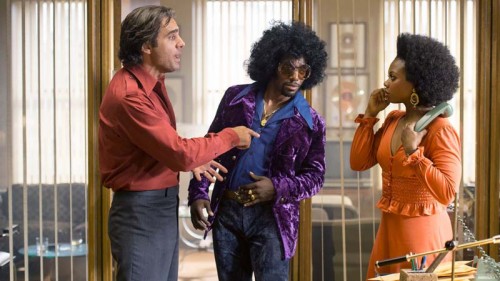 Richie is courting fictitious funk sensation Hannibal (Daniel J. Watts), and trying to out-fluff Jackie Jervis by offering up platitudes, drugs, and a few choice groupies, all while evading questions about Buck’s murder, entering “aggressive couples counseling,” and trying to reconcile his guilt over what happened to Lester Grimes (Ato Essandoh) all those years ago.

Clark is struggling to sign a passable musical act; Skip is scheming up any way he can to pawn off a tabernacle’s worth of Donny Osmond bootlegs; Julie’s manning a recording session with Robert Goulet (Matthew Bogart); and Lester is signed on as the new manager of the Nasty Bits’ to ensure that the youngster doesn’t get screwed over like Lester did, and maybe to get a little well deserved revenge against his former friend and manager. 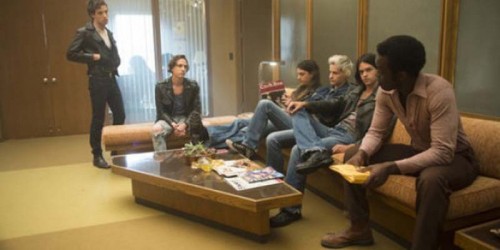 The direction of S.J. Clarkson does a masterful job of blending a frantic haze of drug riddled frenzy with a flair of comedic revelation as we are twisted through the subtle clues of mistakes gone by. As Richie says, it’s an industry with a huge ‘social component’. A deal isn’t done until the drugs are gone, the booze is poured, and everyone has a bit of arm candy. Clarkson also manages to recapture some of the manic whimsy of Scorsese’s pilot that episodes 2 and 3 didn’t really nail down. Couple that with the obvious and genuine love of music and you can see why HBO already picked up a second season, despite the declining viewership since the pilot.

The episode closes with Richie seeking out his, apparently estranged Jazz-musician father (Richie Aprile), and after a few quips, Richie tells his dear old dad that he needs an alibi. It’s a powerful scene full of spoken, and unspoken rapport between father and son.  Despite the obvious high points of the show, there are parts of Vinyl that it’s just kind of hard to stay tuned in for. It’s not really the fault of the show exactly; it often feels like HBO has found the Colonel’s Secret Recipe and is deep-frying every show concept in it until everything just kinda tastes like chicken. 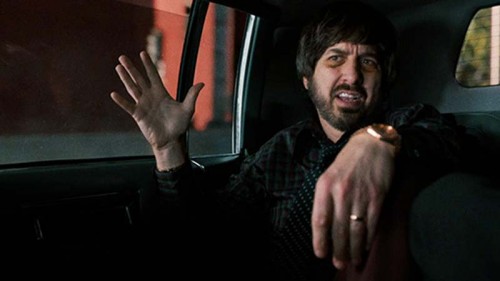 So far, Vinyl has been set apart, mostly, by the music. Some of the most iconic artists along with the rare gems of brilliant minds flow into a rhythmic discord. In a show that has featured some of the hardest rocking, mostly punk, and funkiest sounds, “The Racket” climax comes when Robert Goulet is recording his Boxing Day Lament “Christmas You Go By So Fast” (Performed by Matthew Bogart) overlaid with the familiar montage of the episode’s storylines wrapping up. It’s kind of a brilliant shift, and might be the most “punk” thing the show has done to date.

Did you see this episode? What are your thoughts? Here is what the “Inside The Episode” has to offer –

How about this bonus: THE PLAYLIST from Episode # 04

We conclude with the preview of Episode # 5