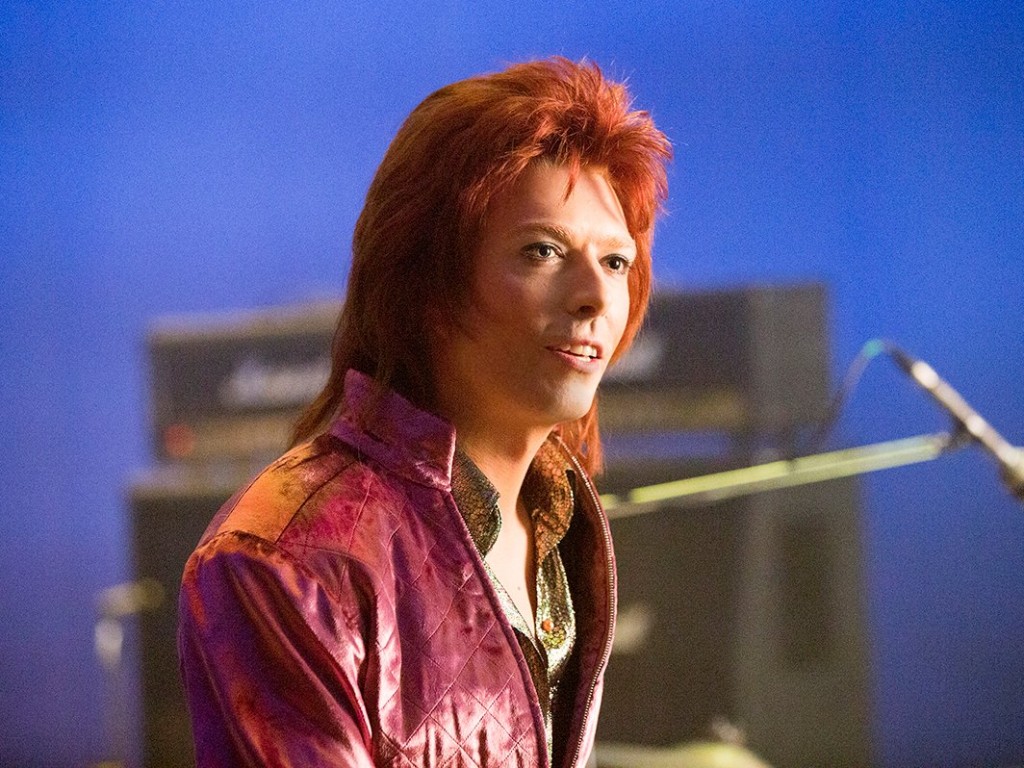 As a die-hard David Bowie fan, I had been looking forward to his appearance on Vinyl. I do not know why Scorsese and company chose to set the series in 1973. I suspect it had more to do with the New York Dolls than anything else. Nevertheless, the setting immediately brought to my mind to the fact that the show would be set during the very brief existence of Ziggy Stardust…

Well, he showed up and sang briefly, anyway, but his appearance served a larger purpose. During American Century’s failed attempt to lure Bowie into a benefit, Zak inadvertently revealed a piercing insight into music that we never suspected the man was capable of. Zak questions his role in the company now that Richie is overseeing the sound and Andrea Zito (the wonderful Annie Parisse) is overseeing the look, and he articulates this doubt to Richie during their fight at his daughter’s Bat Mitzvah. Zak may not realize it, but he understands music’s truth: how it can and should speak to the core of a person’s soul. He 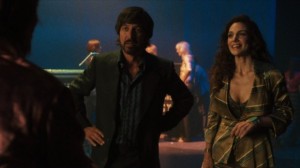 makes the suggestion (bold in 1973 AND during subsequent decades) that Bowie’s Hunky Dory is superior to Ziggy Stardust because it spoke to Bowie’s truth as a human being. It is an astounding moment of revelation, positing not only why Ziggy needed to die (so that Bowie might outlive him), but also serving to imply that Zak may be the true visionary in American Century. It was one of those moments in which Vinyl truly shows its potential: carefully selecting an artist to make a statement about one of its characters. The point is brought home later on, as Zak hears an unknown Bat Mitzvah performer play “Life on Mars” (off the aforementioned Hunky Dory) at the end of the episode, and seems to come to a realization about the music industry and his relationship to it. I hope the series develops this side of Zak.

“Now she walks through her sunken dream…”

“Life on Mars” also serves to encapsulate Devon’s current turmoil. The song is about a girl who cannot bear the reality of her home life and flees from it. Devon has lost her very identity in choosing to marry Richie. She is no longer an artist, and she has grown increasingly resentful of that fact. She doesn’t want her identity to begin and end with “mother.” She leaves home and seeks solace in the arms of friend and lover Ingrid (Birgitte Hjort Sørensen), who points out to Devon that the problem isn’t Richie, whom Devon loves. The problem is that Richie and the children pull Devon away from the intellectually fulfilling life she once led. As Devon soon discovers, however, Richie’s own crisis has reached alarming levels of unbalance, and he has become increasingly unhinged from reality. With the children caught in the middle, she must once again set aside her desires in order to protect her family. 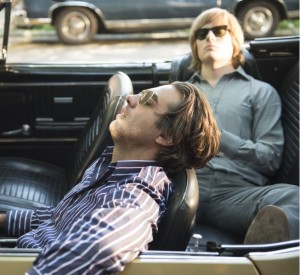 The majority of “Cyclone” follows Richie’s drug bender. Plunging into a spiral after Devon’s departure, he and his friend Ernst travel around the city searching for her. Richie tries to make appearances at work and at the Yankovich Bat Mitzvah, but he’s fooling no one. People can see that he’s falling apart at the seams, and it makes his employees skeptical that he can pull the company out of the financial gutter. He’s making a very bad situation even worse for everyone around him. In the final scene of the episode, Richie realizes that he’s been taking advice from a dead man. Revealed in flashback, we see the night that Ernst died in a car crash while Richie was driving, right at the foot of the titular Cyclone. This long-held guilt was compounded by the recent death of Buck Rogers, sending Richie into his current spiral of despair. It also begs the question: how many accidental deaths can one man be responsible for?

Therein lies the biggest problem that Vinyl faces as a series: every character’s story line is set in motion by Richie’s meltdown/epiphany this year, but Richie himself remains problematic as a character. This isn’t because he’s morally problematic, but because he doesn’t have anything in his personality/life that the viewers can invest in. Back when the series began, I hoped that Richie’s love of music would be his saving grace, the light that would guide viewers along through the callousness of his life. But this hasn’t happened. He’s gotten high and alienated everyone, but he hasn’t done the actual work of promoting good music. If and when such work exists, he passes it on to his employees, then barely checks in. As a viewer, I don’t need Richie to get sober, but I do need a quality to hold onto so that I can care about him.

Stray Observations: I want to see more of the American Century team, and I DO mean team. These people all seem to be pursuing their own thing, and I’d like to see them interact with each other more. My favorite scenes usually take place in the conference room when they’re all gathered. The toilet logo scene in this episode was priceless, and I’d like to see more of the company employees at work, and less of their personal lives. It’s supposed to be about the music, right? I realize the episode needed to be about Richie and Devon, but damn, I would have loved to have seen that Bowie dinner. Vinyl  had great fun with Alice Cooper; I wanted something like that for Bowie. Nevertheless, the episode was thematically centered on his music, which lent it a cohesiveness that surpassed previous episodes. 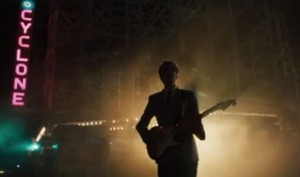 Buddy Holly’s appearance at the end of the episode was spectacular, not only because it was so well done by the show creators, but because it was immediately followed by the dedication to David Bowie. Both Scorsese and Jagger famously knew Bowie, so I wondered if there would be a dedication. Even though I was anticipating it, it still came like a blow to the stomach. When Bowie died, I remembered thinking of Don McLean’s ” American Pie .” He wrote it about the death of Buddy Holly, and The Day the Music Died . The association between Holly, John Lennon, and David Bowie has been strong on my mind this year, given that they were all adopted by New York City, and their deaths affected my city greatly. Seeing Buddy Holly in front of the Coney Island Cyclone is one of the moments in which Vinyl truly took advantage of its New York setting. Lennon’s face stares at me from shop windows to this day, and for many people, it is his death that marks the day the music died. I never shared the Earth with Lennon, so for me, he’s always been one of New York’s beloved dead. For me, the day the music died was January 10, 2016. David Bowie was a beloved son of New York : he was at Mercer Arts when the New York Dolls performed, and he was a regular at Max’s Kansas City, where our Richie Finestra just punched poor Andy Warhol. During New York’s greatest tragedy, Bowie was there . Since his death, tributes has appeared all over the city , shops play his music, and a makeshift memorial exists outside his apartment . On a certain other HBO show, we like to remind people that “The North Remembers,” but New York remembers also. Oh, you pretty thing, you will be missed.

How about this bonus: THE PLAYLIST from Episode # 06