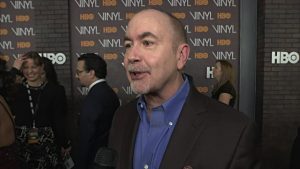 Needless to say HBO could have been happier with the premiere season of VINYL. Its viewership was not as high as they hoped. Though the critics seemed to like it well enough the audiences were not there. However, the series had been granted a second season only days after its 02.14 premiere fueled by praise from the likes of The Hollywood Reporter who called it “rich, brilliant and addictive” and Rolling Stone calling it “excellent.”

But at the end of the day HBO was looking to improve the sorely needed dramatic series for its sophomore season and as a result showrunner Terence Winter is surprisingly out. Winter has been let go citing creative differences with the expected revitalization of the series. HBO had this to say:

“As we head into the second season of Vinyl, we have decided it is an appropriate time to make a change in the creative direction of the show.” We have enjoyed a longtime partnership with Terry Winter at HBO on projects from The Sopranos to Boardwalk Empire to Vinyl, and we look forward to our next collaboration with him. We are pleased to welcome Scott Z. Burns, executive producer and showrunner, and Max Borenstein, executive producer, as the new team helming the show.”

Interesting. Winter has had a long standing relationship with HBO and we hope that he doesn’t leave the stable altogether over this. Though no elaboration is ever given over creative squabbles at a network we can’t help but think that that the producing and writing staffs had a sitdown to re-imagine a direction for another season of the recording industry drama. As a result Winter must have been uncomfortable with the proposed changes enough to reject them and leading to his ouster. 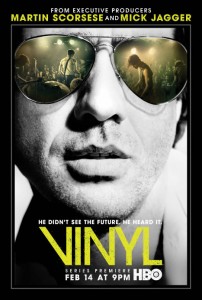 That leaves VINYL under the guidance of Scott Z. Burns and Max Borenstein. Who are they? Well, Burns has no TV credits but has been head writer of such films as The Bourne Ultimatum and Contagion. Borenstein has produced the Minority Report TV series and wrote the latest Godzilla movie and its upcoming sequel.

Only time will tell what this means for Terence Winter, who has THE SOPRANOS, BOARDWALK EMPIRE and now VINYL behind him. There is also very little to say about VINYL Season Two at this point. Winter did pass comment on where he thought the return of the series would take before he was let go, but we don’t know if that direction still stands. Regardless, it will be a long wait for Richie Finestra and his musical quest to return to HBO. Will you stick with it or bow out like Terence Winter did?