As last weeks aptly named episode “Cyclone” closed I thought Richie’s world start to dramatically crumble into nothing, a feeling that has been murmuring through each episode since the incident at The Mercer in Episode One. Yet again, however, we are taken on a whirlwind journey to Las Vegas where Richie and Zak have their sights set on signing The King himself. But we’ll get to that. 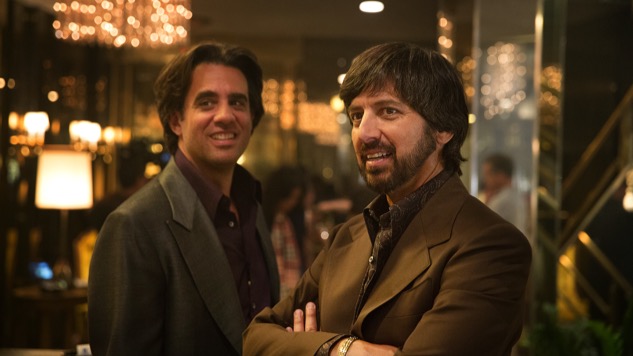 My problem with Vinyl so far is that I just don’t know where its going or what its trying to say. It has painted a fantastically realistic and enticing picture of the music scene in New York in the mid 1970’s. Richie’s world has soared into the dizzying heights of the music scene, brushing shoulders with David Bowie, Led Zeppelin and Elvis Presley and simultaneously sent us spiraling into a world of infidelity, drug abuse, alcoholism and murder. The series is telling two different stories of one man, with music binding the two worlds together, blurring the lines of reality and providing a thorough representation of the breakthrough acts of the era. While all that is very good and enough to keep me watching, I just don’t know what its point is. The murder story has taken a massive back seat and we have spent the last four or so episodes watching Richie self destruct. This episode was no different and presented a welcome tonal shift as the episode belongs to Richie, Zak and The King. The bustling streets of New York are traded for the beaches of Los Angeles and the dazzling lights of Las Vegas as Richie fights for American Century with his trusty steed by his side. Here is Terence Winter’s take:

Richie and Zak wind up in Los Angeles to sell the American Century plane. The company is in dire straits when it comes to money and they need to get enough cash to at least pay their staff. They sell the plane for $90k and head to a party on Malibu beach. While there, Zak overhears some people talking about how Elvis is unhappy with RCA and plans on switching labels. So Richie and Zak head to Vegas, to meet with Elvis and encourage him to sign to American Century Records. Easy peasy. Following last weeks complete melt down, Richie is clean. He’s not drinking and has swapped cocaine for coca-cola so he has to conduct the most important meeting of his life without his dear friend Charlie by his side. The temptation is there as Zak indulges himself while away from the wife and kids, an attempt to forget his financial woes, and gets a little crazy with a couple of girls they meet while out in Vegas. Richie meets with Elvis alone and sells him the idea of getting back to basics and recording a real rock n roll album again. In 1974, Elvis was entering the last three years of his life, he was overweight and his health was rapidly deteriorating. He barely set foot in a studio after 1974 and his stage shows were attended by middle aged women and grandmothers. His appeal to a younger generation was gone and he had become a shadow of his former self. Richie, recognizing this, attempted to sell him the ’68 Comeback Special again, to repeat history and make one more, raw album. 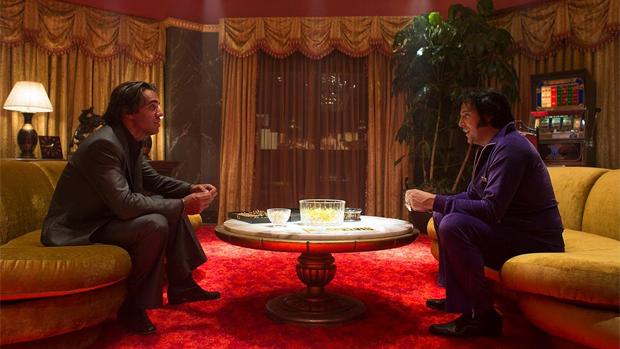 When Richie returns to the hotel room he discovers that the money they got for the plane has gone and Zak is passed out on the bed. The girls stole the money and Richie and Zak are left with less than they arrived with. Richie has had his work cut out with Zak and needs to do some damage control. He was spending a fortune on cocaine while Zak was struggling to feed his family. Richie’s explosive and dangerous behavior affected his colleagues, his family and his business and now as he attempts to leave that behind him, he has to put in some major leg work to fix everything. The fact that he has gone sober allows him to be a powerful business man, a loving husband and father and an excellent friend again. All three he strives for and since he is away from home, Zak and American Century are coming first. A sorrowful Zak sobs in his chair, embarrassed and devastated by his mistake, Richie comforts him, telling him we all mess up sometimes and helping him put his trousers on.

It would be good if the story of this episode ended here, but as we have seen so many times up until now, Richie has a real dark side and despite turning down cocaine, alcohol and sex he can’t help but do something self destructive which leads me to the final, curious scene of the episode where we see Richie sneaking into the hotel room in the midst of Zak’s threesome, take the $90k and bet it all on the roulette table. He is satisfying a hunch that the number 18 is his lucky number as he has seen it several times thought his trip. Unfortunately, the Gods of fate that he thinks are communicating to him don’t pull through and he loses every single penny, apparently allowing Zak to blame himself. Its hard to know whether this scene was real or whether it was figment of his imagination, considering the roulette table dealer was Ernst, the dead friend who followed him around in the last episode. As Richie is on the plane home, remembering the sin he committed he orders two vodkas and downs them. So he potentially lost all the money on a roulette table and he is off the wagon again. 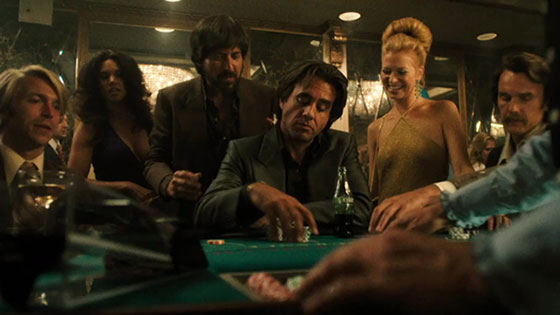 They are pulling out all the stops with Richie now, his mental state is extremely unstable, his business and his marriage are on the rocks and is he ever going to get caught for the murder of Buck? The episode was different because it was away from New York and everything we have got used to so far, but also because it was the supposed new start for Richie and a change in direction for the series but just when you start to think everything is on the up, it all comes tumbling down. Everything feels really uncertain and its difficult to predict where its going to go from here, did Richie really lose all the money? Is Elvis going to sign to American Century? Where’s Devon? I hope next week we start to get some answers because I don’t know how much more of this roller coaster I can take.

Check out a preview for episode 8 as well! Only three episodes left!