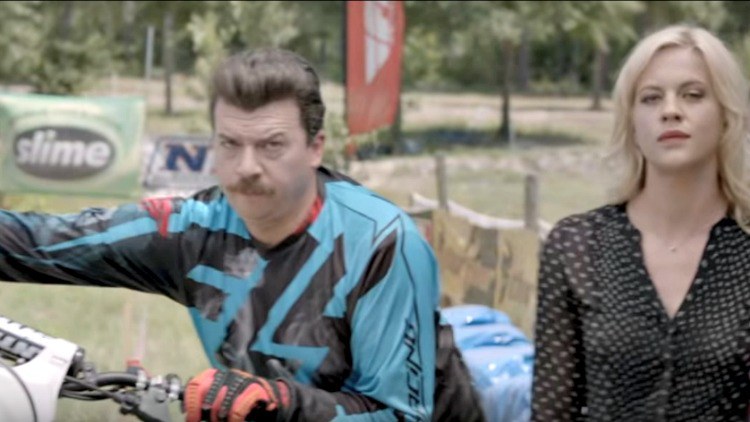 The saga of Neal Gamby and Lee Russell continues further in the two latest episodes of Vice Principals and each week we are moving further and further away from their initial intention of taking down Principal Brown so that Gamby can become Principal. It would seem that this simple premise was merely a catalyst to create a deep and meaningful bond between the two faculty members and their plans have taken a huge back seat so that they can deal with more pressing matters. The only one who seems to still have an investment in the idea is Lee, Gamby has dropped the matter, like a child who’s bored of his new toy.

In last weeks episode, “The Foundation of Learning” Gamby decided to take an active interest in his daughters new motocross hobby and who better to tutor him than motocross enthusiast Amanda Snodgrass, who not only follows the sport but can ride a motorbike surprisingly well. Snodgrass teachers Gamby in an over the top, overly long, slow motion montage the culmination of which is in Gamby’s ability to do a wheelie. It wasn’t exactly a win-win situation for Neal as he tried to show off his new ability to his daughter but ended up stacking the bike into a nearby hut, embarrassing her in front of the entire audience. However, he did manage to move in a bit closer on Snodgrass who in all of the slow motion and soft sunlight began to see a different side to Gamby, a softer side. Much like when Belle is having a snowball fight with The Beast. Meanwhile, Lee is fueling a fire between Prinicpal Brown and Ms LeBlanc, a veteran teacher at the school, over some missing books. Russell and Gamby have orchestrated the entire thing as a way to push Brown over the edge. Gamby, distracted by Snodgrass, has left Russell to finish the plan off. In doing so, Brown catches him spitting in the special cup of coffee that he always makes for her, thus arousing suspicion and making her doubt whether or not she can trust him. 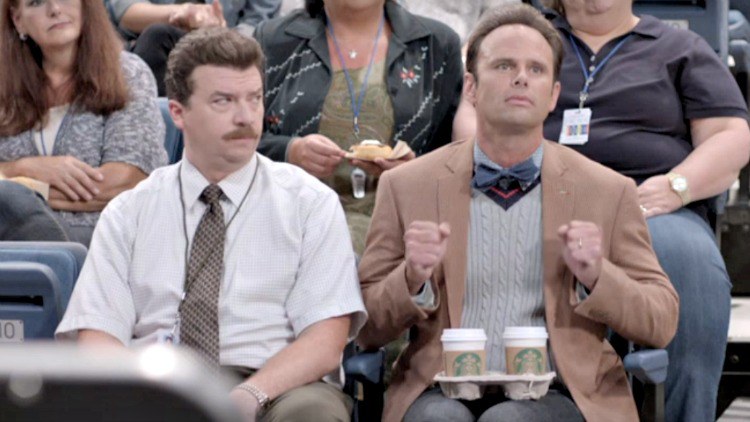 This weeks episode took an unexpected turn and gave us a new depth to the characters and the show itself. The resulting episode was both deeply emotional and completely surprising and in true Jody Hill fashion, the overall tone of the show shifted suddenly to something serious. The episode started off like any other, its Teacher Work Day at the school which means no children, lots of team building exercises and tacos for lunch. Unfortunately for Gamby, Brown has him searching the entire school for leaks and even more unfortunately, she has put Russell in charge of keeping an eye on her two sons. Russell has his work cut out as the two boys put him through his paces and Russell uses it as chance to get the boys to dish the dirt on their mother. The boys tell him that she had sex with both of them and that they will tell him more if he goes and gets some sweets for them. While he does that, the two boys escape. It’s pretty dark stuff, but not exactly surprising at this point in the season. 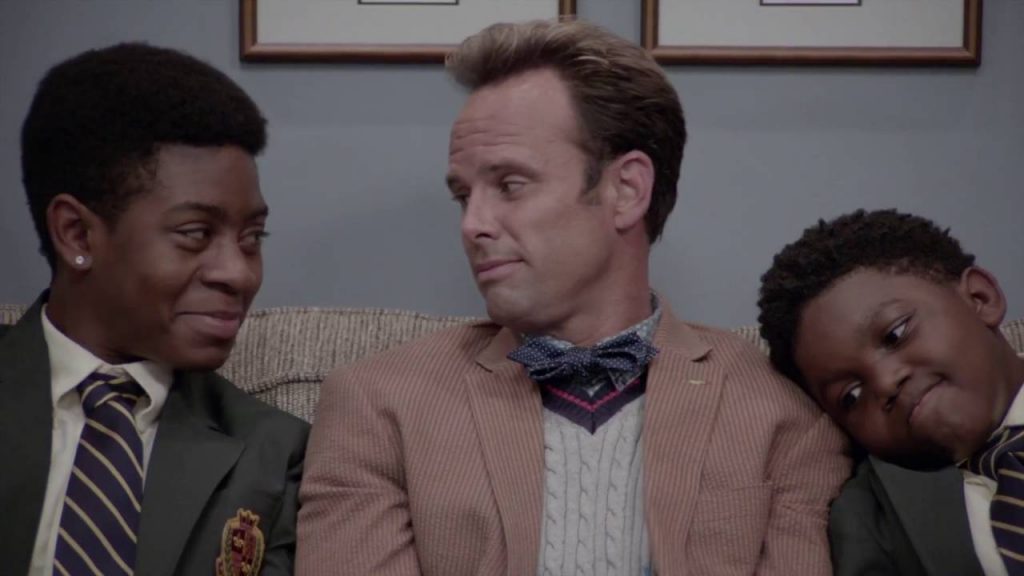 Meanwhile, after embarrassing Janelle last week at motocross, Gamby thinks that she wants him out of her life so she can have Ray as her new father. Gamby takes some sentimental things to Janelle and tells her its too painful for him to have them around the house and he wallows in the heartbreak he feels at losing his daughter to another man. However, Amanda Snodgrass is just around the corner waiting to take advantage of a children-free school and have a bit of flirtatious fun with Gamby. Unnerved by her playful advances he timidly shakes her off, not because he isn’t interested in her but because he probably doesn’t know how to act in this situation because he is slightly punching above his weight. However, while on the roof of the school, with the afternoon sun shining down, Snodgrass and Gamby finally get together in a very romantic and tender slow motion kiss. Moments later, Gamby receives a call from his ex-wife saying that Janelle was injured at motocross and was calling out for him in the hospital. With his best buddy by his side, Gamby and Russell race to the hospital where Gamby, without question, pushes Ray aside and holds his daughter in an incredibly touching, loving embrace. Russell looks on with compassion in his eyes at a scene of true, unconditional love between father and daughter. 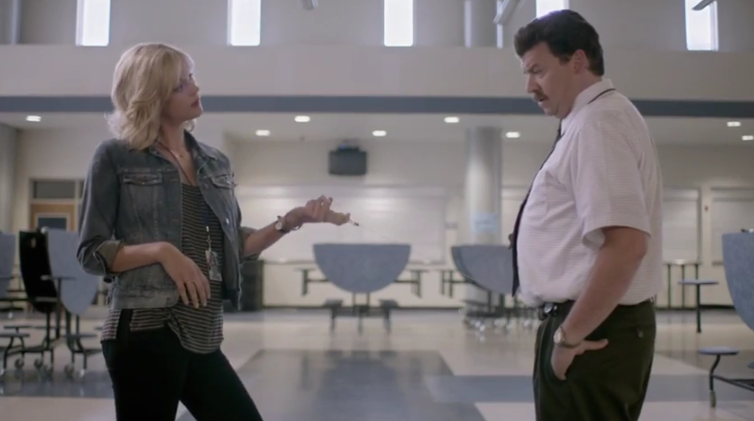 This episode showed many new levels. Not just for Gamby but for Russell and Brown as well. As I mentioned before, I believe that Russell is wrestling with his sexuality and this was further adhered to as Brown’s children ask him “why are you gay?” His response was to deny that he was gay, show the boys photos of him and his wife at a picnic and show the pornography on his computer which was just of women. Sounds to me like he has something to prove, not only to them but to himself. Perhaps seeing Neal and his daughter together made him realize that he needs to be true to himself, that there is a gaping hole inside of himself that needs to be filled and that he is temporarily filling that void with hatred for Principal Brown?

Brown on the other hand faces her own demons as her ex husband infiltrates the school to try and be with his sons, something that she has denied him since he cheated on her with a stripper. After an emotional speech, she decided to let him back into her life, and be a father to the boys again. As each episode goes by, she is becoming a more interesting character, the cracks are beginning to show that she isn’t exactly perfect and is as every bit human as everyone else. She is also developing a strong working relationship with Gamby and Russell. Gamby especially has recently started to demonstrate a respect for her and I think Russell might even be coming around to that notion as well.

There are only two episodes left of Vice Principals and I am especially excited to see how they are going to wrap this season up and what kind of developments await us. Have a look at the trailer for next week’s episode and see what you think!