In Episode Three, opinions are shifting, oddities keep happening, and the show gets darker. 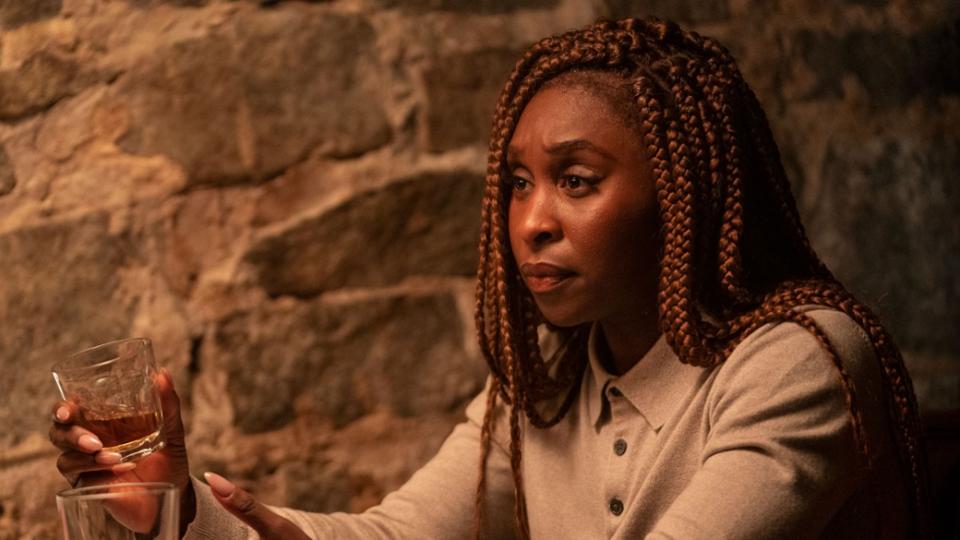 First of all, I wanna say a few words about the show in general (and about episodes 1 & 2): I was really waiting for this one ever since they announced it. I love Ozark, I love Stephen King; Jason Bateman is one of my favorite actors and I love HBO. So, when they announced that HBO is making a Stephen-King-based show with Jason Bateman (also as director and producer), and some of the Ozark team are involved too (like the composers, Saunder Jurriaans & Danny Bensi) it immediately peaked my HBO anticipation list.

The first two episodes were incredible. You can tell that Jason Bateman is involved and I love his directing style (the Emmys did too last year, by the way, something I’m really happy about). His shift from comedies to drama in recent years is really great and I’m also really looking forward to the third season of Ozark, that’s coming out two weeks after The Outsider ends (coincidence?). His acting here was really great, too. And then they killed him. In episode 2!! I was like “whaaaattt?!” Let’s just say that this is one hell of a twist. Will he be back somehow? I mean it IS Jason Bateman, did he sign up for two episodes only? Well, we’ll see.

And now for Episode 3. Episode 3 was a dive deeper into the darkness that the mind of Stephen King can create quite well, as we all know. What I like about this story is that it has the signature suspense and horror of King, but it didn’t start that way. In the beginning, it looked like a True-Detective–style murder mystery, until some details revealed a much darker story, with some supernatural elements even. By the way, I think those will intensify as we go along.

Plot-wise, Terry Maitland, our primary suspect-not-suspect is dead. But is the threat really gone? Was it him? I think we all know it wasn’t him, as viewers. Especially when he seemed to be at two places at once. It means that someone (or something), is, or was, him in order to murder the kid. Ralph Anderson starts questioning everything too, which is good. Now we have a team of four that want to discover what happened there exactly, and towards the end of the episode, we have Holly Gibney joining them (more about her in a second). Plus, we have Terry’s daughter who seems to be visited constantly by “a man” who “makes her angry” and gives her messages to deliver to Anderson. In other words, the story is great. The story is compelling. The plot is thickening. I like this.

The whole cast is really great. It’s another win for Alexa L. Fogel, one of Hollywood’s finest casting directors, who was in charge of casting on so many amazing shows (back from HBO’s first drama, Oz, one of the greatest shows of all times with one of the finest casts ever). I really like Ben Mendelsohn’s gloomy acting. His character seems really sad most of the time (both from a personal tragedy in the past, the loss of his child, and the recent days he experienced, that weren’t easy, to say the least– think about how many dead people in how little time). As an actor, Mendelsohn really knows how to deliver that.

Cynthia Erivo just joined the show as Holly Gibney, a character that I already know from Mr. Mercedes. It’s amazing how King crosses over his own vast canvas of stories and characters. Erivo plays Holly really well. Holly here is a bit different from Mr. Mercedes’ Holly, by the way. It’s interesting to see how each actress (on Mr. Mercedes it’s Justine Lupe who plays her) brings her own version of her, given the fact it’s a special character.

Another thing I really love about this show is the music. I like Saunder Jurriaans and Danny Bensi, especially on Ozark, but also on other projects like Enemy. I really expected to hear the same style of music I like so much on Ozark, and I kind-of got it. The music isn’t the same but it’s similar and it’s dark and it has their incredible weird percussion plays and dark drones. It really fits the darkness of the show. I’m guessing that as the show progresses it will get darker.

Overall I’m really pleased. I feel like the show will get darker, the mysteries will get bigger and by the end of it, it will feel like a really great piece of television. The Richard-Price-written show really captures an ambiance of sheer darkness, dread, and mystery.

I’m really eager to see where this goes from here. My guess: darker and weirder. You know, it’s Stephen King after all.

Before you go, check out the teaser for next week’s episode of The Outsider: