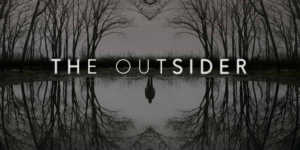 There is no official word yet, believe me, I checked, but nevertheless, there seems to be a sophomore season of THE OUTSIDER looming. Well, that is what the master of the source material, Stephen King is announcing. During an interview with EW, the prolific and acclaimed author discussed some of the TV adaptations of his work out there or soon to be; including THE OUTSIDER. Here is what he was asked and how he replied related to that HBO series. (The bold, large font is ours) 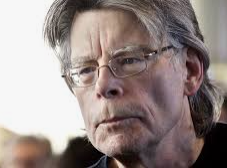 EW: Between Mr. Mercedes and The Outsider, we’re now in a world in which there are two Holly Gibneys on television, played by Justine Lupe and Cynthia Erivo. Which is closer to how you envisioned her?

SK: [The Outsider showrunner] Richard Price’s concept of Holly was a little bit different than mine. My Holly is kind of an obsessive-compulsive person who comes out of her shell a little by little as the books go forward, until she can stand on her own by the time you get to [her story in] If It Bleeds. One of the most interesting things when you watch [Mr. Mercedes] is you see how Holly’s clothes change as the series goes on. You can see that confidence. It’s genius to see her blossom in terms of what she wears and how her hair is and all that. Justine Lupe got into that character and did a terrific job with it because she had more time to develop Holly [across three seasons].

Cynthia may get that time because there’s going to be a second season of The Outsider as soon as they can get the production going. And she’s terrific, but she’s more someone who is kind of almost on the spectrum; a little bit of a savant with the memory of license plates and cars and 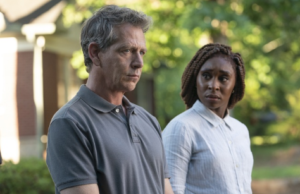 baseball. One of the funniest things is she knows who’s won all these baseball games going back to the ’50s, but she never watches.

EW: You mentioned The Outsider is doing a second season (note: HBO has not announced an official second season order). Obviously the first exhausted the material in the great book you wrote. Can you give fans a sense of where that story goes in season 2?

SK: I know exactly where it’s going because I have seen some of the scripts. I could tell you, but then I’d have to kill you. I’ll just say that it’s really great and a real spooky paranormal element.

So, there you have it. THE OUTSIDER was a solid hit for HBO as viewers witnessed Detective Ralph Anderson (Ben Mendelsohn) taking on a murder case with the aid of unorthodox PI Holly Gibney (Cynthia Erivo). Mr. King has seen Season Two scripts, so it is just a matter of time to get safely in front of the camera, right HBO? Will a new season offer up the same vile villain somehow or take us on another gruesome, unexplainable case? We will let you in on the plans once official words indeed drop. The ball is in your court, HBO.