In our penultimate episode, the elusive, yet fragile, El Coco is 100% fugazi no-more, and the team is getting close. 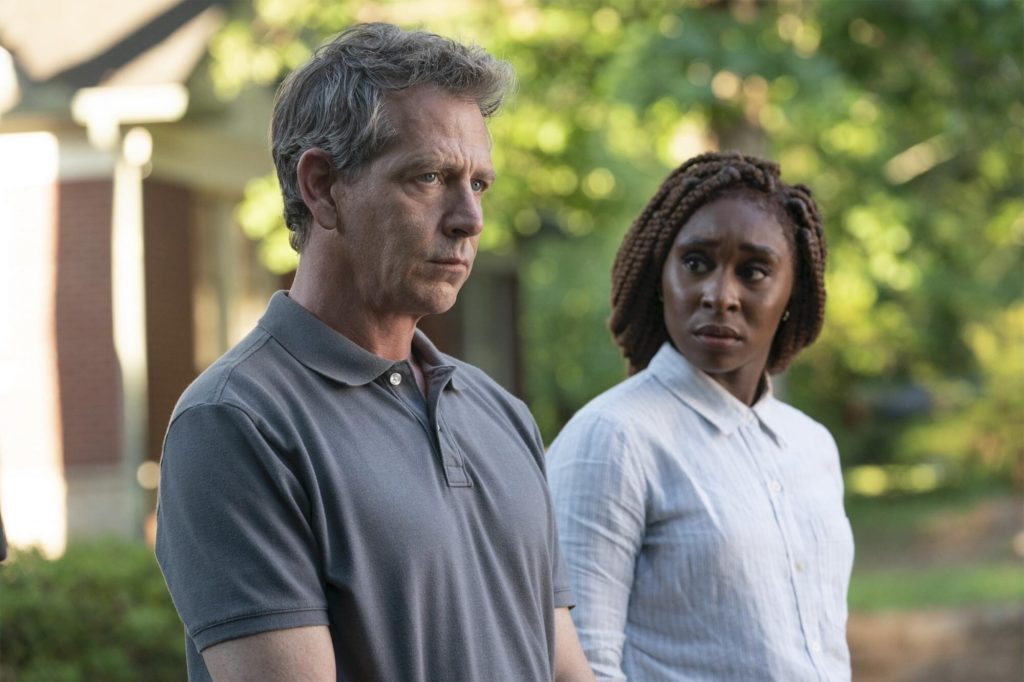 It’s the penultimate episode of The Outsider. The HBO slow-cooker drama that was based on thriller-master Stephen King’s novel mostly revolved around belief. What do you believe? How can you accept the unbelievable? When something happens and it’s almost certain that that it isn’t “normal”, what do you do? Our protagonist, Ralph Anderson, started the season as a normal man, out to catch a child murderer. It was obvious – they had footage, evidence, fingerprints, everything – Terry Maitland is the killer. But… is he? Because there’s also evidence that Terry was in 2 different places at the same time. That’s when everything changes for Ralph, who, throughout the season, goes through a journey from complete disbelief to where we find him now, on episode 9 – sheer confusion. Because he now knows almost for sure that El Coco, or The Entity, as Holly calls it, is real, and it’s out there taking the shape of others and killing children, but, that means that everything he ever knew about the world is not so certain anymore, and if El Coco exists, who knows what else? Because monsters don’t exist, right? Well…

Our penultimate episode brings us as close to the end as we’ll ever get. Our characters are determined to stop whatever it is that’s out there killing little kids, and they are close. Only one problem, though. Two, actually. One: El Coco is now shaped as Claude, which, according to theory, means that it hears and knows whatever Claude hears and knows, so don’t talk a lot around Claude! Two: They have zero idea where El CoClaude is. Until then, they start by interviewing the kid who escaped it on episode 8.

The episode starts with a vague scene of two kids playing around a cave they have no business getting into, and their father going out to look for them. Throughout the episode we go back and forth from our main plot to this side plot until we understand that what we see is not exactly as we see it, which is an interesting little twist that also helps out team figure out what the next step is.

Episode 9 was written by Dennis Lehane, which is pretty big. We’re talking about a great writer writing a script based on another great writer’s work. Let us not forget – Shutter Island? It was Dennis. He wrote the novel! He’s also credited on some other good things. The cinematography is still very unique, and we still get those distant, creeping shots I talked about in my last review (episode 6). I like it. The music by Saunder Jurriaans and Danny Bensi is great as always, I REALLY hope HBO are planning on a soundtrack release. Great dark-ambient music. 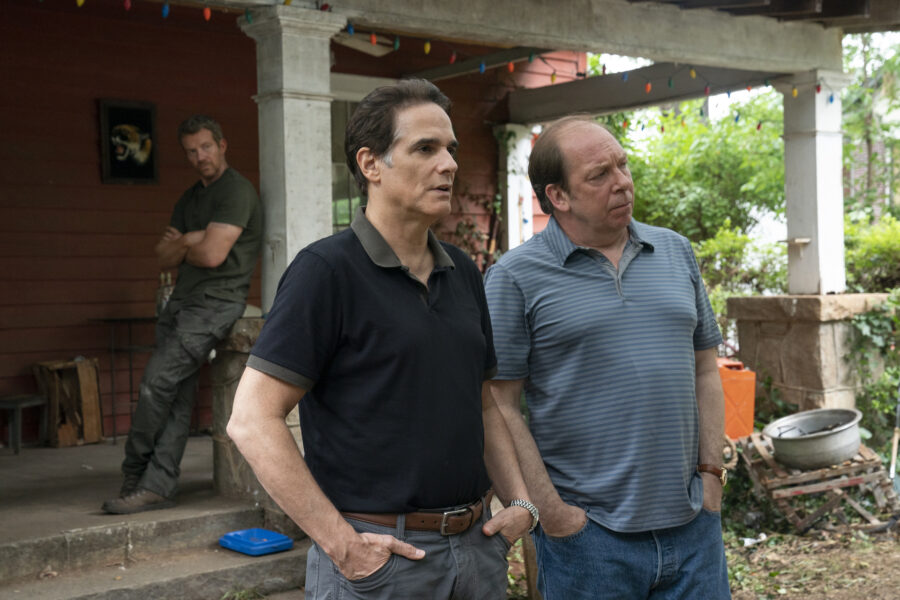 The episode ends with one hell of a cliffhanger. I really didn’t expect that, and it keeps me anticipating next week’s finale. Something tells me it won’t be a “killer-dead-mystery-solved” ending. I think Stephen King and Richard Price will surprise us somehow, but it’s just a hunch. I hope that my hunch is as good as Holly’s hunches.

Are you ready for the final episode of The Outsider? Check out the teaser below: