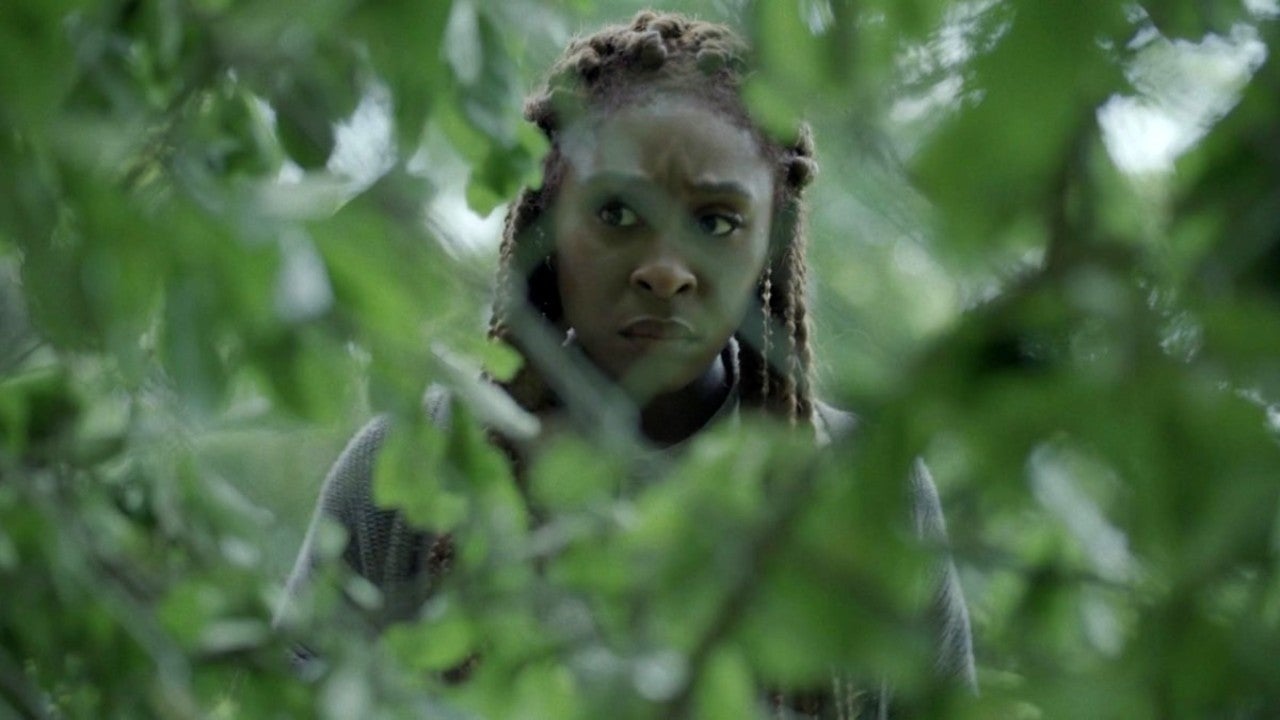 With this episode of The Outsider, we’ve now reached mid-season and everything is ramping up! At this point, we can at least confirm two types of interaction with the creature. One involves being scratched, such as Terry (Jason Bateman) and the other murderers experienced which eventually means their DNA is used in some type of horrible child crime. But the other interaction involves some kind of neck burn featuring control and pain of some kind currently being experienced by our douchey detective friend Jack (Marc Menchaca).  This scenario also doesn’t seem to end well.  Holly (Cynthia Erivo) is still working to tie together the various pieces between the various cities and now various child murderers who insist they never hurt children.  Terry got it from Heath (Martin Bats Bradford) the hospital worker.  Heath got it from Maria (Diany Rodriguez) on their date in New York.  Or rather his date with the doppelganger.  But who gave it to Maria?  And more importantly, who did Terry give it to?  Ah yes, the strip club manager Claude (Paddy Considine) is now infected and since he’s not yet showing signs of child murder, I wonder how long until that can of worms breaks free.  Seems like whatever this thing is, he’s sticking close to the area.

Back at the Anderson home, Jeannie (Mare Winningham) has a late-night dream guest just like the Maitland girl.  Having previously checked out her place of work, he gives her the same message as Jessa (Scarlett Blum).  Her hubby Ralph (Ben Mendelsohn) needs to stop the investigation or bad things will happen.  The lovely couple will meet their untimely end type of threat.  When she finally remembers and talks to him the next day, he’s pretty dismissive.  Ask yourself what would startle your wife enough in the middle of the night to drop a glass, walk over it, and then with her cut foot just go straight back to bed?  Even with sleepwalking, I have to believe walking on glass would be enough of a pain receptor response to wake you up.  But perhaps I don’t know the intricacies of sleepwalking as well as I should.

What I do know is that the detective wasn’t being as supportive of a husband as he could be, especially considering you already have one weirdly drawn photo of this guy.  You could use all the visual profiling you can.  Holly is on her way back to share her findings with everyone and discuss what she believes is going on.  If the previews are any indication, next week should prove for an explosive episode as everyone faces the possibility that what’s really going on is outside of everyone’s comprehension.

Everything on this show continues to stun in my opinion.  The cinematography is gorgeous time and time again.  It balances the intensity quite nicely against the frequently intense music.  I feel as though most of the story is unfolded in front of us and it’s making sense, but the biggest question is what happens next?  What’s the doppelganger’s next move?  Does he linger to take out those who might threaten him?  Or does he blow town and find his next victim elsewhere?  How often does the law catch up with the supernatural?  I’m guessing not often.

HBO didn’t grace us with any special features for this fifth episode. As The Outsider heads towards its thrilling conclusion, the show’s trailer reminds us of what is still in store: