In episode 6 no one believes what they used to believe and the mystery of El Coco prevails. 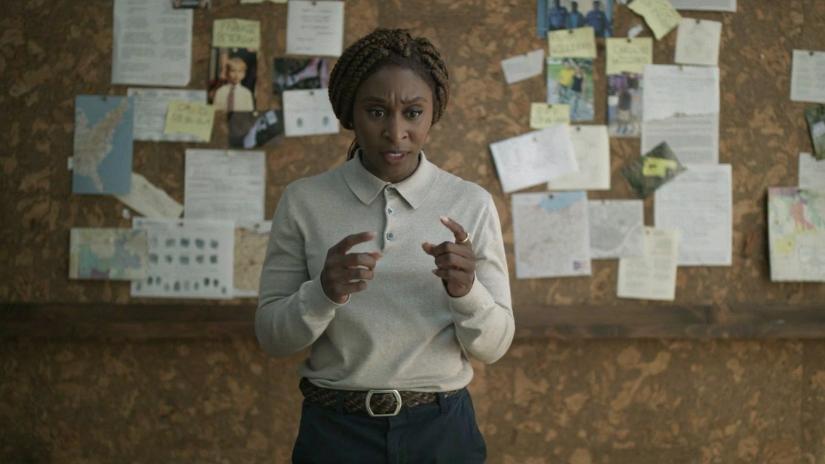 The Outsider moves slowly. It’s great. It’s another kind of treatment to a Stephen King story. We saw several styles of King-based shows, and this one is really special. It has its own style of gloomy ambiance and darkness.

Episode 6 presents us the long-awaited return of Holly Gibney to town, for the revealing of the findings from her investigations, and the expectations are high. People expect answers. People deserve answers. A lot of people come to this meeting, including Glory, who doesn’t know what to believe anymore and actually starts to think her late husband might actually be the killer, since nothing else makes sense anymore. They don’t get answers. Instead, Holly presents them with her ‘entity’ theory, and as much as she’s a practical person of facts and logic, and as crazy as it sounds to everyone (and to her as she speaks) – she truly believes it.

Holly then comes to stay at the Anderson residence with a curious Jeannie, who believes her story completely, since she was visited by ‘The Entity’ herself a couple of nights back (and started to do her own digging), and a hesitant Ralph, who thinks ‘The Entity’ is fugazi and doesn’t believe neither Holly nor his own wife… until Holly shows him the residue that ‘The Entity’ left on his kitchen chair, one that matches the one in the barn – interesting! 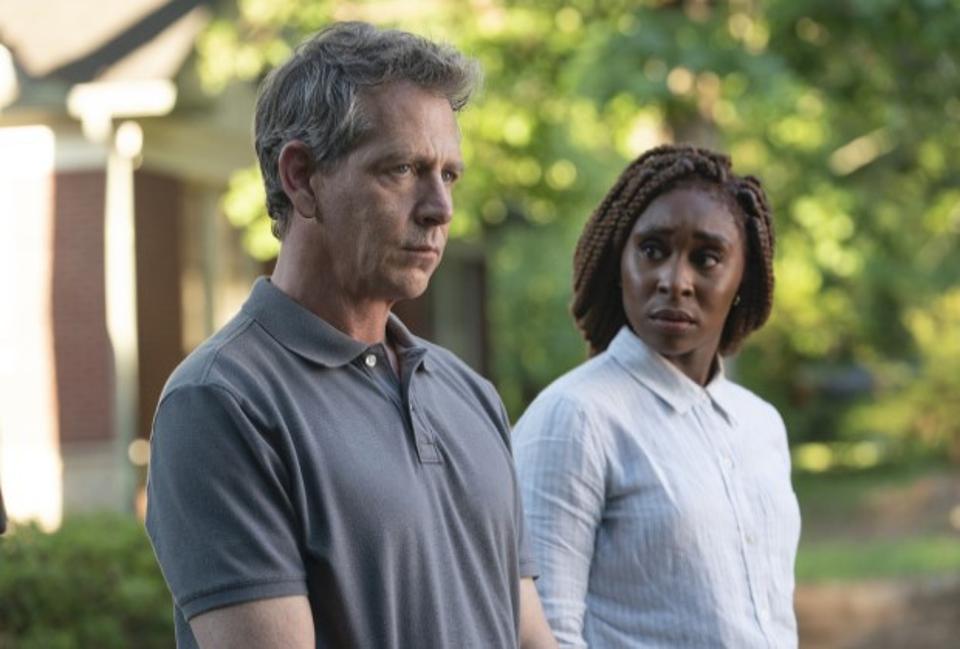 Meanwhile, Jack is tormented by ‘The Entity’, his neck rash blisters disgustingly. ‘The Entity’ appears to him as his mother who beats the sh*t out of him, because he didn’t do anything to stop Holly from revealing her findings. The episode ends with a cliffhanger – after waking up all beaten up, Jack goes out to deliver. He invites Holly to see the barn for herself, and that is, of course, probably a lie. She picks up on it mid-way, after seeing his rash. It’s too late though – when she tries to make a U-turn, he grabs the wheel and tells her to keep on driving.

So, is ‘The Entity’ fugazi? Does he exist or is he merely a legend, fairy dust? No. It is probably real, and Holly is probably right. We, as viewers, know that for sure. What it is exactly, that we don’t know. The mystery is still on, but from episode to episode we know more. The show itself keeps revealing details to us slowly, at the pace that the characters discover them. The episode was really well-directed by Karyn Kusama, who didn’t direct a lot of things but the things she did have some great stuff in them, like the great Billions episode, “Golden Frog Time”, and the thriller The Invitation with Logan Marshall-Green, which I really liked.

The music is still really great in my opinion. It’s not a score for everyone, but since I like dark ambient and the music Saunder Jurriaans and Danny Bensi are making for Ozark, I really like their score for  The Outsider too. I think it adds a lot to the gloomy ambiance of the entire show. 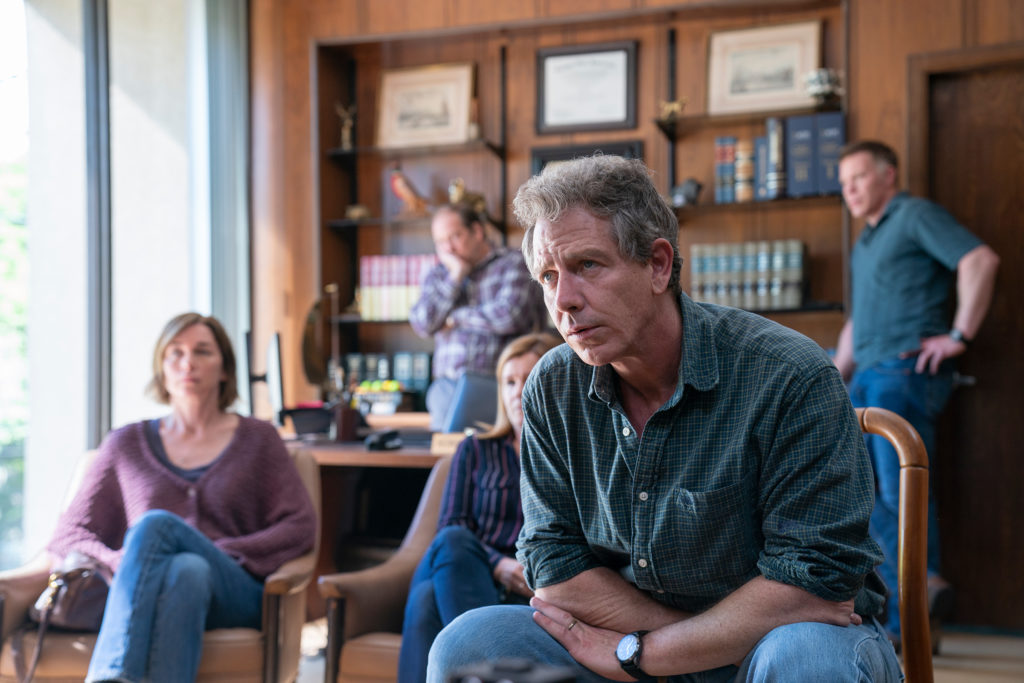 Another thing I noticed is something about the cinematography: a lot of shots on The Outsider seem distant. You see two people talking but the camera is behind something that blocks some of the frame and you see them from afar, like the camera is creeping. I don’t know if it’s intentional, it probably is, but it adds to the overall feel of the show, I like it.

The show is going somewhere and I’m curious to see where the following 4 episodes will lead us to. What will be the conclusion? Who will die next? What will The Entity do next? Is Jason Bateman coming back somehow? Well, about the last one, I kind of know it won’t happen, but I can hope, right?

You won’t have to wait long for the next installment of The Outsider. Check out the preview for Sunday’s upcoming episode: