This spring, HBO’s adaptation of Stephen King’s The Outsider was an outstanding success. A gripping murder-mystery with supernatural twists, the miniseries ended on a high note in March with just enough of a cliffhanger to leave audiences wondering– might HBO revisit The Outsider for a second season? Thus far, King and HBO have been rather coy about the matter. But in a recent interview with Collider, Jason Bateman shared that a second season of the series isn’t out of the question.

Well I know that they’re talking about it and [showrunner] Richard Price is playing with some ideas and taking some first steps as to what that second year might and feel like. Obviously, it’s a complete free-ball because the first season exhausted 100% of [Stephen King’s] book, the IP. So, it’s really all up to him.

Will Stephen King give another season of The Outsider his blessing? That remains to be seen. It’s easy to understand why audiences are eager for more HBO offerings that are inspired by the beloved horror novelist’s work. However, if Game of Thrones taught us anything, it’s that once the literary source material runs out for HBO shows that set out to adapt popular novels, things can go downhill very quickly. It’s probably for the best that Bateman, Price, and King seem to be taking their time with the development of any future seasons of the show.

In addition to playing the character Terry Maitland, Bateman was heavily involved in the production and direction of The Outsider. He describes to Collider the way in which he attempted to balance the production of the HBO series and Netflix’s Ozark:

I decided to play the part that I played in it [the character of Terry Maitland] since it only lasted a couple of episodes. I obviously directed the first two and put the whole crew together. A lot of the same crew that I had worked with on other projects, some from Ozark. I cast the whole thing and scouted all the locations and started the whole show. Then I hired a producing director that I’d worked with from Ozark and asked him to be my kind of boots on the ground for the moments I couldn’t get back and forth between Ozark because Ozark‘s production would start a couple months later, while Outsider was still going on. 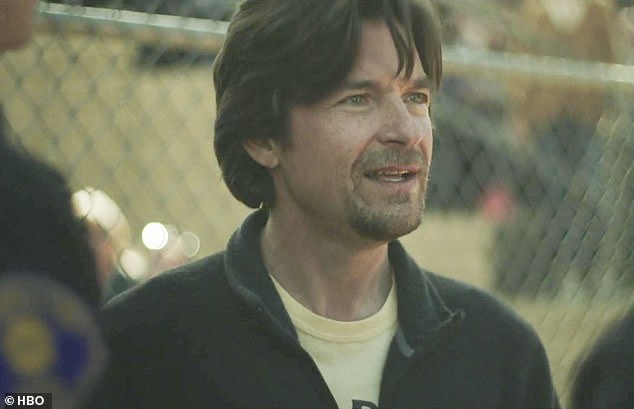 Sounds like Bateman had a lot on his plate! Despite his close ties to Netflix, Bateman has nothing but good things to say about HBO which is a promising  sign for any future seasons of The Outsider:

[HBO] is  an incredible company. They didn’t have the same reason to trust me that Netflix did because Netflix has been working with me for these last few years and I was new over there at HBO, so I really appreciate them giving me the trust as well.

Would a second season of The Outsider be fun? For sure. But let’s trust HBO and the talented individuals it keeps around to take their time doing what they do best.  If there’s more of The Outsider‘s story to be told, I’m sure HBO will tell it and tell it well.

What questions do you need answered in The Outsider Season 2? Let us know in the comments below.