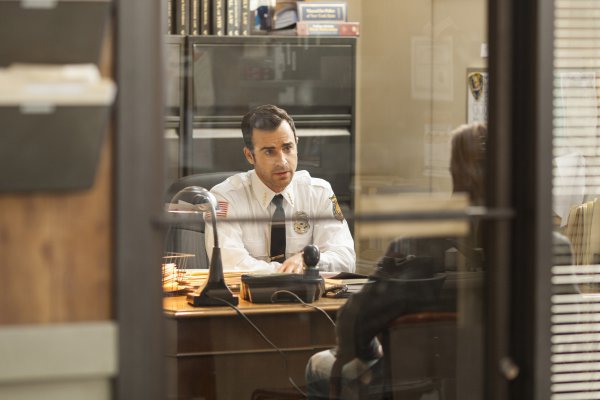 I am unsure of how to review The Leftovers. This hesitation comes as a result of not really being sure what The Leftovers actually is. Does it have a plot? Is the mystery of central importance? Is it about the characters, as writer and producer Damon Lindelof has stressed? Or is it more of a Treme day-in-the-life style show about how a community reacts to a life-changing event? At this point, it is still unclear. What is clear, however, is that Lindelof is still fond of his flashback and symbolism format from the Lost era. It is with these obscure and initially promising, but eventually on-the-nose symbols that I will make an attempt to dissect this episode.

As far as we know, Kevin hasn’t personally lost anyone close to the “event”. What we do know is that the Garvey family (which we can assume was once close and loving) is disjointed and estranged; a tortured husband, a G.R. wife, a “rebellious” daughter, a misunderstood son. Given the scene structure, the Garvey family should be the emotional crux of the show, but the writers’ penchant for mystery for the sake of mystery lets them down. Despite Lost‘s obsession with unresolved mystery, it had compelling characters we could attach ourselves to and empathize with. Unfortunately, in The Leftovers, it seems the characters themselves are the mystery. This wouldn’t be (as) problematic if there was a general plot to follow, but in this show, the characters are all we have. We will never have an explanation about what happened to make 2% of the world’s population disappear, so we can’t use that as our focal point. The characters are all we have, and yet we know so little about them.

Of all the symbols in “Penguin One, Us Zero”, ironically I appreciated the bagels the most. In a world where perception of normality has shifted colossally, in a way none of us could understand, bagels simply vanishing may be no big deal. Millions of people disappeared, why not a few tasty bagels? Kevin obsesses over the bagels for the majority of the episode, bringing into question his sanity. However, in the end, our doubts seem unfounded. Or do they?

The bald dog-shooter is an enigma. Most of the signs we have point to the fact that he’s a figment of Kevin’s imagination (which again brings the bagels into question…did they actually disappear and Kevin is just imagining that he found them as a coping mechanism?). Jill’s friend Aimee makes no sign of acknowledging our bald friend, and Jill takes the beers. It doesn’t take a genius to realize that Kevin could have been standing alone with the door open, handing the beers to Jill himself…yet, Jill later asks “Who was that?”. It’s all very strange, and difficult to gauge if there is any feasible end result waiting. If the shooter isn’t imaginary, on the other hand, we are being intentionally visually misdirected – a cheap way to grab the audience’s attention. 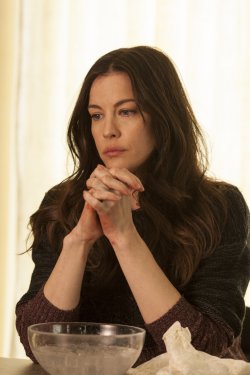 I like Meg. She’s a character I want to invest in. Her story this week, although better than in the pilot, is as perplexing as Kevin’s. Why does she feel the need to join the Guilty Remnant? What was the tree-felling a liberating moment of catharsis from? Who is she?! This is the biggest puzzle; if we are to invest in these characters – as recommended by the showrunners – then surely it’s not an unreasonable request that we should understand who they are?

The symbolism of the tree was slightly on-the-nose to begin with, but handled clumsily when the character herself tells the audience its purpose within the episode. As an aside, do the Guilty Remnant have a tenet against using technology (texting each other etc.), or are they just paper-wasting assholes? I mean…the internet does exist (and Laurie uses it), as Aimee so decently tells us in the café, on observing the priest handing out flyers. Which brings us to the gun.

I had hoped for something more grounded to happen in Jill’s story this week than the terribly handled “teen angst” party in the pilot. Instead, what we got was another adventure with the twin creeps-who-aren’t-creeps. I’m interested in these two guys, and I wish they were more than just background furniture for Jill and Aimee to bounce off.

Again, Jill’s experiences in this episode didn’t amount to much except the possibility of internal attitude shifts, which we are excluded from as an audience. The gun served as a hook not only for Jill, but seemingly for the show in general. Such things as death and suicide become trivial in the wake of such a horrendous event occurring. At least in death, there is closure. There is no closure for the characters in The Leftovers, and so far, there is no closure for us, the audience.

Apparently the S.W.A.T. around Mapleton can’t launch a successful raid on a ranch populated by a makeshift security force and young Asian girls. What’s more, they let four people (that we know of) escape. Tom has the ability to become one of the best characters in the show. There’s something very strange going on with Holy Wayne, and Tom is in the perfect position to allow a number of interesting developments to occur. He is loyal and brave, but deeply conflicted. Even Wayne, this larger-than-life Asian-fetishist Messianic figure tells him he’s the only person he can’t figure out. He senses the internal conflict within Tom, and attempts to eradicate it in his usual manner – by hugging the afflicted. When Tom recoils, he uses a different method. In breaking Tom’s phone, the one paper-thin tie he had with his family – the presumed source of his struggles – is severed. The smiley face on the replacement he is given by Wayne corresponds to the passive-aggressive undertones between the two. I hope this plotline goes somewhere, as Wayne seems to be much more than what we have been led to believe so far.

The main problem I have with this show is that I want to like it – I really do – but with nothing more than a vague, basic premise and stenciled-in characters to go by, there’s not much to invest in. Granted, we have only seen two episodes so far, but at the same time, those two episodes comprise a whopping 20% of the season. This is not a request for instant gratification; I love slow burns like Boardwalk Empire as much as the next guy. The tone is a difficult one to grasp – is the show a character study of depressed, strangely-inhuman human beings coping in the wake of the unexplained? Are we supposed to laugh at Jill and Aimee’s dumb antics? Was Jill chopping down the tree meant to serve as a moment of triumph? It’s just so confusing, and not because of its density. It’s confusing because we, as an audience, are left in the dark for no reason other than being at the mercy of the showrunners. This is a detriment to the premise, plot, and characters. It really is a dilemma; for the most part, I like the characters, I like the premise, and I like the style. But there’s nothing of substance for these three aspects to contribute to. As much as I want to like The Leftovers, the writers need to show something more.

Here’s a preview for next week’s episode, “Two Boats and a Helicopter”: