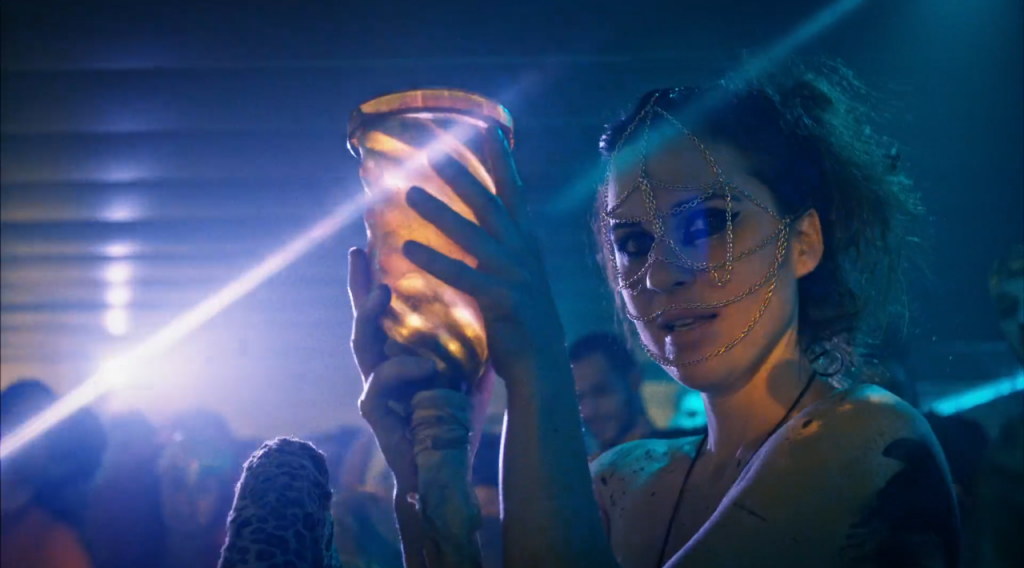 Artistic creativity is something to be expected of The Leftovers, including its metaphorically heavy song choice for the opening credits. This week’s episode treated us to a feverish French prayer, likely the prayer being uttered by the man who set off the nuke later in the episode’s opening. (Here’s a link for those interested in the translation of the French prayer in the opening credits, alluding to the departure and apocalyptic extinction.) All of the openings segments on The Leftovers thus far have been open to interpretation and are highly telling of what is to come. This episode’s opening tells a tale of a man who believed creatures would take over the Earth on the 7th anniversary of the Sudden Departure, setting off the nuclear missiles. Like the rest of the episode, and truly all of The Leftovers as a series, this is a story of sacrifice and woe as he clings to a belief or truth—a coping mechanism, as I’ve called them before.

The Leftovers has almost shamelessly become a uniquely dramatic parody of the traditional book of Revelations, but it is doing so in such a creative and poignant way that its satirizing of the Bible isn’t offensive over overwrought. Picking up with last week’s cliffhanger, we learn of an unauthorized nuclear attack which has grounded all flights, distressing Matt Jamison gravely as he believes Kevin must return to Miracle, TX by the 7th anniversary of the Sudden Departure. Matt speaks to John and Michael about getting to Australia to retrieve Kevin, calling the three of them “the three wise men.” We get it, The Leftovers. As if that isn’t enough, they board a boat leading to Melbourne that is essentially a sexually-fueled antithesis of Noah’s Ark, complete with a lion said to be descendent of a lion sex symbol named Frasier. (This is, in fact, based on a true story.) Laurie tags along as the voice of reason with the self-proclaimed three wise men on what turns out to be a frustrating, horrific, and ultimately enlightening journey for Matt.

As aforementioned, coping mechanisms come into play with every character in The Leftovers, and for Matt Jamison, it has been relentless strength in his faith and current belief in Kevin as the Messiah. He knows he is sick and dying, and with the Apocalypse, he believes is coming on the anniversary, holding his beliefs close is solemnly understandable. To be fair, as viewers, we have no clue what’s coming either. Understanding each character and analyzing their behaviors and actions are what have made The Leftovers such a compelling series, and watching Matt wrestle with his demons in this episode is proof of that. Matt learns that amongst the gratuitous orgies on the boat, there is a passenger named David Burton who is proclaiming he is God. (Yes, THE God.) As expected, this does not sit well with Matt, particularly after a hasty first confrontation followed by watching Burton murder a man by throwing him overboard. This leads Matt on a lucid journey through the sex-crazed boat attempting to get help, ending quite badly as he gets forcefully strapped to a chair for a ritualistic sexual act. He manages to break free and chases down Burton, knocking him out with an ax and strapping him to a wheelchair. 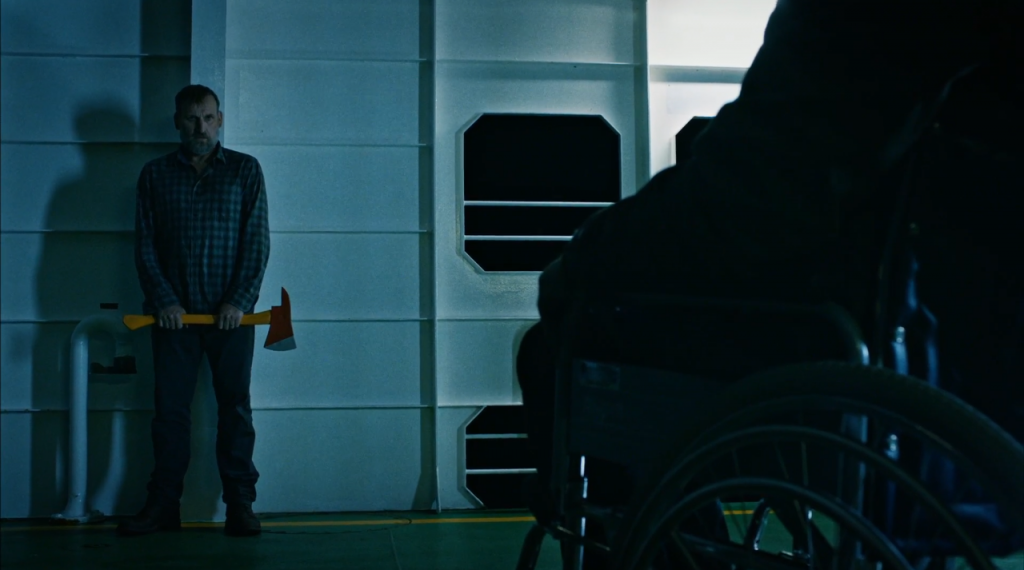 The conversation that follows between Matt and Burton is a powerful moment in Matt’s journey throughout the series. Matt pours his heart out to this man, the possible “God,” but it essentially does not matter if he’s God or not. Burton’s satirical responses aren’t what make this conversation a crucial changing point for Matt’s mentality. In truth, he role-plays with Burton, begging for answers he knows he will never get. Matt has always viewed his trials and tribulations as tests from God, and his conversation with Burton is both a physical and metaphorical manifestation of Matt’s crisis of faith. This prompts a common philosophical dilemma from Burton, who bluntly tells Matt, “You’ve never done anything for me. You’ve done it for yourself.” This thought extenuates from the philosophical argument that there is no such thing as an altruistic or selfless act, making every single one of our actions selfish in some form. Arguments may be made that donating to the homeless or helping those in need are pure altruistic acts, though many will argue the sense of gratitude and self-worth received is selfish in-and-of-itself. Following this logic, everything Matt has done in the name of God has been purely for himself, particularly as a form of coping with his losses. This is further proven by the fact that Burton promises to cure Matt if he lets him free, which Matt does willingly. (See: selfish act.) The venture on the Tasmanian sex boat eventually comes to a fitting conclusion as Matt reunites with Laurie, John, and Michael, who all watch in horror as Burton is mauled and eaten by Fraiser’s descendent. The death of God, though depicted almost comedically by Matt, is incredibly relevant to his frame of mind now. He no longer seems to care about the coming apocalypse or finding Kevin anymore, stating he “has no pressing business” in Australia. 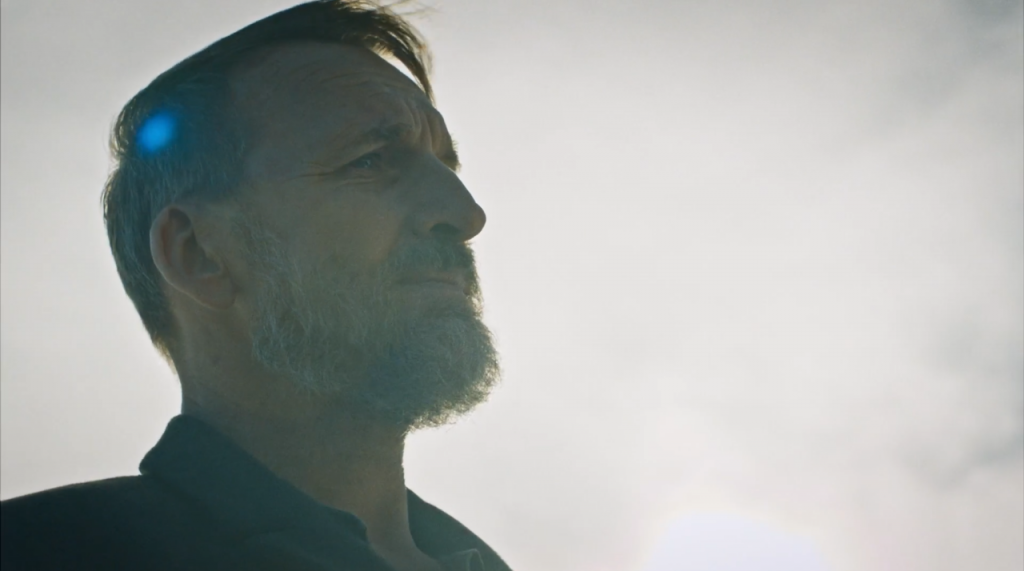 To say The Leftovers has entered a very strange and surreal territory in season three is an understatement. The series is heavy-handed with its allegorical use and character development—and to be fair, it has been from the start—but this final season has undoubtedly kicked up the notch when it comes to supernatural occurrences and satirically Biblical adaptations. The series has three episodes to close off its tale with a fittingly dark end, and all we can do is sit back and enjoy the ride. (Side note: I can’t be the only one disappointed that they didn’t play “Mad World” a single time during this episode, right?)

Here’s a preview of episode six, “Certified,” followed by a Character Spotlight in which Christopher Eccleston discusses his infamous role as Matt Jamison.