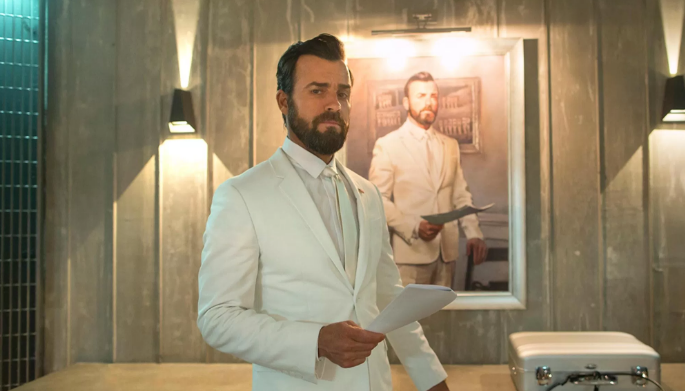 Over the course of season three, there has been a massive increase in The Leftovers discussions across social media and even amongst my dinner conversations with friends and family. There seems to be a great divide between those that viewed The Leftovers as “more believable” and tonally serious in season one compared to seasons two and three. There is no doubt The Leftovers has crossed expansive genre tropes in its reinvention, but in the grand scheme of things, this is something to have been expected of the series, and the somber tone of The Leftovers has never been short of relentless. The Garveys and those close to them were reborn after season one, transforming The Leftovers into a frenzied balance of outlandishness and depressive reality. Additionally, as a satirically profound retelling of the Apocalypse, The Leftovers is delivering on all fronts, whether it is in the real and current timeline or afterlife timelines—which have proven to be the most psychotic and enchanting of all the series, making this episode a bizarre and frenetic force. 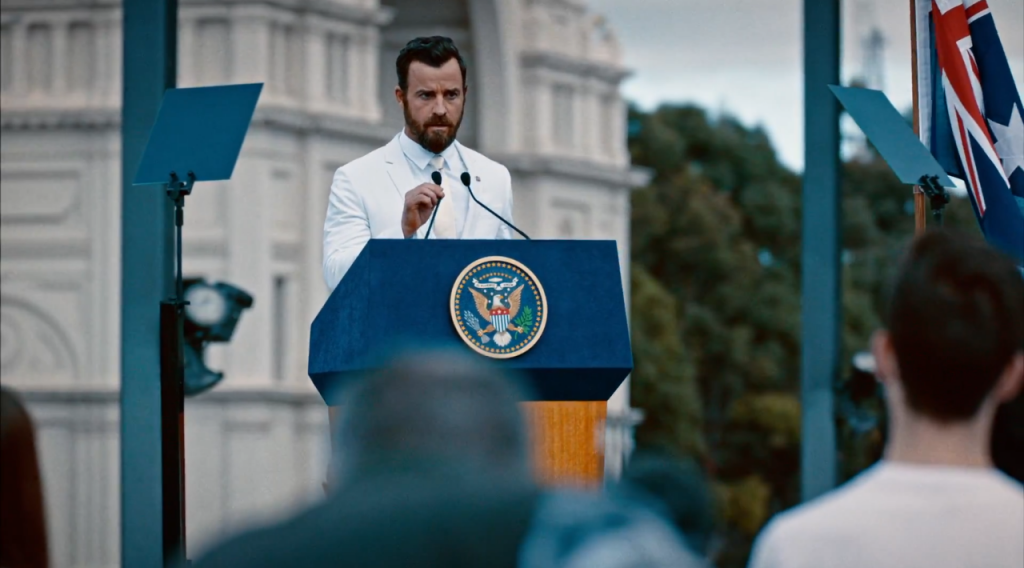 After a beautiful callback to Max Richer’s haunting opening theme from season one in the opening credits, we pick up back in Melbourne with Kevin’s assisted suicide as he ventures once more into the afterlife. He is immediately attacked and saved by none other than the infamous dog killer as a police officer proving no one does irony quite like The Leftovers. Upon learning he is once again an assassin, Kevin is warned not to look at reflective surfaces, as he is told, “That is how they find you.” Of course, this only tempts Kevin to do so, and when he does, he is transported to the same afterlife timeline in which he is President of the United States. Did I mention the irony of this series already?

In comparison to the dark and emotionally brutal past few episodes of The Leftovers, it’s refreshing having another demented yet incredibly intelligent journey through the afterlife in this episode. The expansive name for the title is well-suited as we learn that each time Kevin travels through a reflective surface, he is transported between the President and the assassin, who happens to be his identical twin brother. It also wouldn’t be The Leftovers without a callback to arguably one of the best characters of the series, Patti Levin, whom fervently fights Kevin while holding the position of Secret 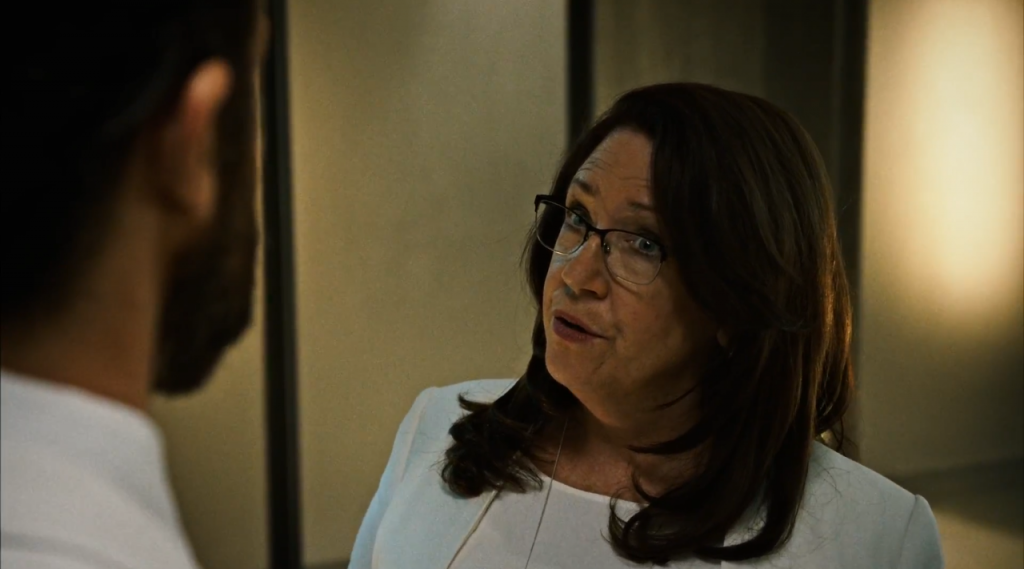 ary of State. All is not going well in this timeline, as Patti spews at Kevin, “We are going to vaporize every man, woman and child. We give them what they want, and they want to die.” It’s hard to argue with Patti when almost every character on The Leftovers has experienced intense grief, attempted suicide, or have actually killed themselves. (I’m still reeling about Laurie.) This raises the ethical dilemma, should the world truly end on the Seventh Anniversary? Is this truly what the world needs? It is a grim and nihilistic thought, quite reminiscent of the ethical dilemma in Stanley Kubrick’s Dr. Strangelove.

The callbacks don’t end there, as we learn Megan is the Vice President while attempting to convince President Kevin he has been given “bogus intel” and “has been played.” Assassin Kevin kills Megan without hesitation as President Kevin learns his identical twin holds the key to complete nuclear warfare and death. To do so, however, he must kill his twin brother. This leads to one of the most gorgeous and discombobulating conversations between Kevin, his identical twin, and Patti, as they argue over the destruction of humanity and the end of human suffering. Kevin must, once again, kill himself to save others—twin identity or not. The Leftovers has handled suicide in a very artistic manner (see: Laurie) and have done so in such an intriguing manner that it does not glorify or romanticize suicide, but rather uses it as an expression of character psyche and raw emotion. What The Leftovers is doing is truly unprecedented, and despite its eccentric transition into subtle fantasy and sci-fi, it has never failed to be a compellingly superb and imaginative experience. There is no doubt the final episode will have me in tears. 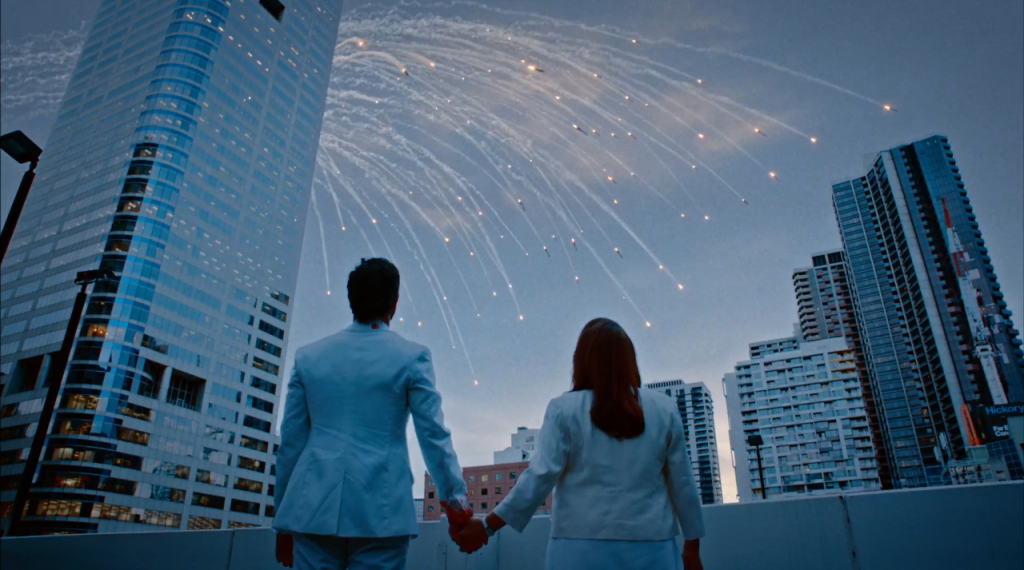 Kevin’s conversation with Christopher Sunday, who happened to be the Prime Minister of Australia in the afterlife, claimed he told Kevin Sr. “the song” did not exist, grimly stating, “There is no song to stop the rain.” Did Kevin Sr. know this all along, and is it what he has wanted? To watch the world end? It seems counterintuitive considering his erratic behavior in Australia so far. Additionally, sitting on the rooftop with Kevin is incredibly reminiscent of the opening period piece of the second episode of this season, in which a woman waits for a Rapture that never comes.

There always seem to be odes to the Guilty Remnant in the afterlife timeline, and its significance is highly metaphorical. As President Kevin gives his speech in which he plans to outlaw marriage, the crowd is draped in white. With a show like The Leftovers, there’s no such thing as coincidences. Of course, this dystopian afterlife is entirely open to interpretation, as most things are in the series.

Speaking of the dystopian afterlife, it seems as though (almost) no one in this timeline or dimension is aware of their death. Patti, Megan, and Evie are all frantically sure of who they are and who their existence is in this world. Evie as a protester works perfectly as an allegorical representation of blaming Kevin for her death, of which she is unaware truly occurred. However, as aforementioned, these segments are open to personal interpretation.

The eighth and final episode of The Leftovers, “The Book of Nora,” will be airing this Sunday. Regardless of how the tale ends, The Leftovers has truly cemented itself as a magnificent and elegant experience. Here’s a preview of the series finale followed by a Character Spotlight in which Justin Theroux and creators Tom Perrotta and Damon Lindelof discuss the tumultuous and enlightening evolution of Kevin Garvey.