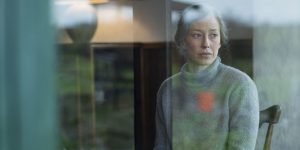 I confess that Nora was my least favorite character throughout the entire Leftovers series. I don’t know why; I felt she was too stiff, too rigid and devoid of any emotion. Then again, I have not suffered the sudden departure of a husband or children – and I would not be able to comprehend her grief and anger. She went from being an angry, lonely widow and grieving mother, to a  tougher woman who seemed to find some stability (in her relationship with Kevin Garvey Jr and her job) but at the end, she just spiraled into a dark descent. The fact that she wanted to go through with being zapped, just to be with her family, either goes to show her extreme love or her crazy notion of following through with departing. At any rate, the show’s season was so focused on Kevin, so it only makes sense to end with his former love, Nora.
First off, a lot of weird stuff takes place this episode. Yes, I get that a series finale is supposed to tie up loose ends, but this finale was just out there, but it didn’t really disappoint, for being so odd. We find out that Laurie didn’t kill herself (which is a good thing). We also find out that Kevin’s children both got married (Jill is happy, unfortunately for Tommy, his marriage did not work out). The good Reverend Matthew has passed away, which is sad but at least he had reconciled with his wife before he died. Oh yes, one more small detail about Laurie: she appears to be the 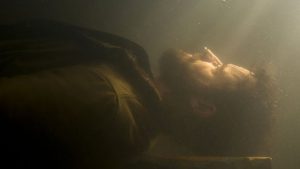 only person who knows exactly where Nora lives and has not divulged it to a single soul. The world doesn’t look like a happy place – it looks desolate, animals are disappearing or dying and the environment looks bleak. Nora, for her part, has aged and has relocated to Australia. She went through, hm, how do I word this? She basically traveled through some alternate universe – she ventured into another dimension and it was then that she saw her missing family  BUT she also witnessed them happy. So, where does that leave her? How would you feel if you experienced that? As in, just trying to quietly leave the past behind her, start new and blend in with everyone else. You know, a person who wants to start fresh will go to great lengths to preserve their sanity and privacy. Considering what this woman has been through, I really don’t blame Nora for wanting to just get the hell out of Jardin and going to the farthest place she could get to. Turns out Kevin had been searching for her – for a very long time – and when we finally see the reunion between the two of them, it is not quite what we had imagined. Nora is emotionally void of anything – she has built a protective wall around herself because after experiencing the loss of her family, it was better for her to keep people away. Almost like wearing a suit of medieval armor – once it’s on, nothing and nobody can pierce through it. That’s what Nora needed to do over the years – that’s what was needed in order to survive and move on with her life. In a grudging sense, I respect her for that. A person should never have to apologize for how they chose to survive. 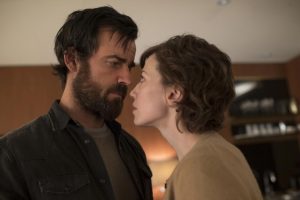 Time apart from each other shows the wear and tear. Nora is petrified; Kevin is raw and honest. He isn’t there to judge her. Nora went through her own version of hell and back – first her family departs without a trace. Years later, she has the opportunity to try and find them. When she finds herself on the precipice, ready to explore the unknown ahead of her – she is thrust into another world, one that shows that her family was completely happy without her. So, she had to leave that behind, bearing the scars of being emotionally rejected. The first time, she lost her family it was not her choice, she had no control. The second time she is able to find them, and well, they were fine without her. So, talk about being emotionally pummeled. In her telling what she had been through, Nora was taking another risk at being rejected again. But Kevin is a different sort of man, after all, he’s been shot, poisoned, died, come back again, etc. He’s not your average Joe. So they understand each other’s pain, isolation and loneliness in a way that nobody else could ever fathom.
And in the end the end everyone feared doesn’t come and we are still left. We are left holding onto the notion that only 2% of the population became the Departed. But, for them, 98% were gone and yet they move onward. Why can’t we?  Just let the Mystery be!