The skateboarding gals of BETTY return to HBO, but why the surprise? We knew the creator, Crystal Moselle, was approved for a second season, but we just didn’t know how fast it would happen.

How soon they forget? It does take place in NYC and there has been a little thing called a pandemic dropped on us all, right? So many shows came to a screeching halt which caused huge delay so, we really didn’t think a show like BETTY would even film until now; early summer ’21. Wrong. BETTY apparently got before 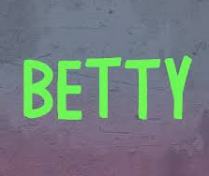 cameras in the fall of 2020 and the cast can be seen sportin’ masks in character from time to time. Somehow the show got clearances and proved it was a safe set and thus, Season Two was created sooner than we thought it would be.

So, what happens in Season Two? Well, our five main Betties Kirt (Nina Moran), Janay (Dede Lovelace), Honeybear (Moonbear), Camille (Rachelle Vinberg) and Indigo (Ajani Russell) are stepping firmly into womanhood and tackling all the challenges it brings. As they navigate the pressures of adulthood, their male counterparts start to step up, step in, and become true allies, forming a united front for the greater good. Set in the last chapter of 2020, the season captures the late summer and early fall COVID-19 months in New York City, where masks and outside activities are the norms. Independent, strong-willed, and discerning, these women are brought together by skateboarding – but their bond goes far beyond the sport.

Here is a look at Season Two’s teaser clip:

Okay, there is skatin’, partyin’, smack talk, laughter and a break-in to an indoor rink. Hey, it’s getting cold outside, the Betties got to take the board indoors, right? How they going to grind it and such if they are bone cold?

A good tribe of others joins the girls to get the story told; some are recurring from Season One: Katerina Tannenbaum as Honeybear’s girlfriend Ash; Andrew 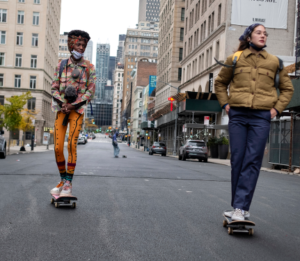 We do have a bit more clarity on what develops over the next six episodes. Episode breakdowns for the first few are listed here, but if I can pull out some key phrases to give us more of a sense of what our Betties face in S2 I’d have to single out these -”Kirt’s (probably) on a quest”; “Janay’s not here for the new guy”, “Honeybear (Moonbear) expands her horizons” and “Indigo helps Camille.” Again, as the PR states, it is not all about skateboarding; it is just the bonding agent.

We conclude with the full trailer:

WhooHoo! Is that the right exclamation? The clip just padded it all out even more for us. Kirt isn’t about to follow the doctor’s orders; Janay still has boy issues; Camille reaffirms her innocent naiveite, a big collaboration between the Betties & the Boys lead to a video and a whole lot of romance is going on this season in all kinds of ways.

Also, if you can’t wait for FRIDAY, JUNE 11 at 11:00pm you can check out Episode 1 on YouTube now! So, get on board for BETTY and look for our weekly reviews right here on HBOWatch.