Huh, who would have thought that skateboarding chicks would grab our attention?  Well, they have enough to warrant another round of popping ollies for us with a sophomore season of BETTY granted. The news comes via a press release: 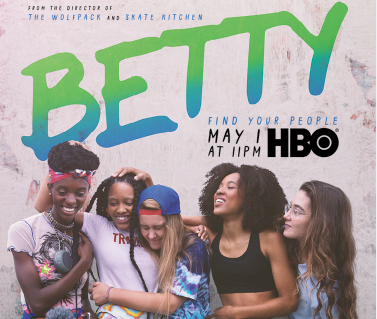 HBO has renewed the comedy series BETTY for a second season, it was announced today by Amy Gravitt, Executive Vice President, HBO Programming.

“It’s been a joy to ride through the streets of NYC with the inspiring women of BETTY, and we’re grateful to them and to Crystal for sharing their stories and friendships with us,” said Gravitt. “We can’t wait to watch where our beloved Bettys go next.”

HBO’s six-episode half-hour series BETTY is based on Crystal Moselle’s critically acclaimed feature “Skate Kitchen.” Lauded by The Hollywood Reporter as “a celebration of Femme self-acceptance” and Rolling Stone called it “a low-key victory for the matriarchy.” GQ named it “your new TV obsession” with Variety highlighting its “gorgeous cinematography and verve.” The series concluded its season on Friday, June 5. 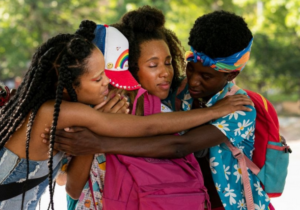 Starring Dede Lovelace, Moonbear, Nina Moran, Ajani Russell, and Rachelle Vinberg, who all starred in the original film, BETTY follows a diverse group of young women navigating their lives through the predominantly male-oriented world of skateboarding, set against the backdrop of New York City.

Season one is available to stream on HBO GO, HBO NOW, and on HBO via HBO MAX and other partners’ platforms. 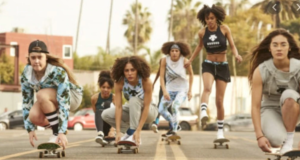 It is way too early to say, of course, what could happen in Season Two. The Betties did achieve their goal of having a big turnout for an all-girl boarding sesh. What’s next? Trying to hold down an exclusive park for themselves? Creating an exclusive Betty Club? We just can’t say. What we do know for sure is that their personal lives will still be less than perfe3ct. and that we will get to witness those ups and downs.

Production-wise, the question remains of how save and practical will it be to film in the streets of NYC? The sophomore season of BETTY has to be written yet so hopefully all is clear & good by the time the series gets in front of a camera. Surely, BETTY will return sometime in 2021.