The Betties are back in a season we didn’t even think would have been ready with the pandemic and all. But here it is and in our look at the season opener we have to quickly point out that this not a remake of James Bond #13 with Roger Moore. It does have something to do with the below image though. More on that in a bit. 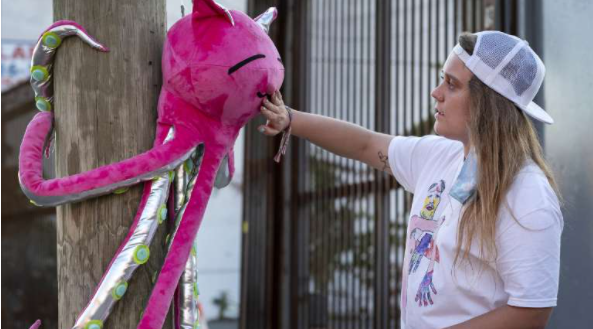 All our girls are present for another round. Kirt, with the child-like spirit in her still; Janay, the serious & stubborn one; Honeybear, the quiet but intuitive one; Indigo, the most street-savvy one of them all and Camille, the sweet, innocent one. Each still falls into their expected MO this time out as they live & learn what it is like out on the streets of COVID-locked NYC. Well, sort of, anyway, The youngsters are out in mass for boarding & partying with not many masks in us, but they will bother to bump elbows. They even visit a sex toy shop. Who knew that in NYC that was an essential business allowed to remain open during lockdown? I digress. How about a little plot?

Two sets of stories are in play of course. We need to see what is happening on the skateboard scene and what is developing in the personal lives of our Betties. First, in the bigger picture, the skateboarders are more copacetic than in S1. Remember how the boys were pushing the girls out off the choice skate parks? Well, perhaps COVID forced them to all get along better in 2020 because both guys & gals found an indoor spot to skateboard in over the winter. Inside are walls and ramps to work off of and all take turns popping their tricks. The only one at odds with the play is Janay who gets pissed off when she is almost run down by a guy. Well, by the episode’s end the indoor park is shut down, the lights literally shut off in mid-ride for them. Their lease is up as a new owner bought the building and they were ousted. Thus, the ‘boarders need to find a new winter site. Can they rally to do that? What do you think? It is just a matter of how many bumps & bruises will they get along the way? 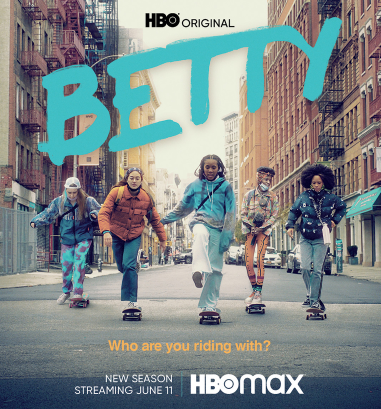 As for the personal stories, where do we begin? Oh, yeah – Octopussy. Last season, when she was blue Kirt found solace in a white rat she named Perstephanie. This season out she connects with the plush animal pictured above. It is a tentacled kitten that velcros to objects. It just dropped in front of her out on the street one day. She pondered it a bit but then the next day it showed up again on that pole, so she was destined to have it. She was also treated to a Reiki treatment and was told her chakra needed aligned or some such drivel and from that and the gift from above she has put herself on a Quest. During the episode she was kind to Charlie & the boys after having schooled them in rudeness and harassment issues earlier. So, being kinder is her new thing? Does that mean her quest is not fulfilled or will get carry over the entire season?

Also on a bit of a journey is Honeybear. She is out to explore life, love and sexuality with Ash, who she is still dating from S1. They are the ones who make a purchase at a sex shop downtown. Honeybear is quite an enigma. On one hand, she is shy and quiet but on the other willing to make bold moves and choices. Or is Ash really dragging her into situations she is not quite ready for? Ash offered up that she found a barista named Vanessa attractive. Honeybear seems hurt that there could be someone else to take Ash away from her, but yet it was her own suggestion that they seek Vanessa out. The three of them hit it off great so then now what, a threesome? How far are you willing to go Honeybear? 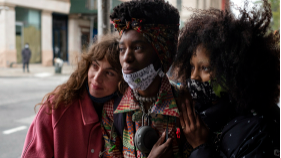 Then there are the two with issues. Janay and Indigo. We don’t really know what either one wants. Janay is confrontational with every guy she meets and Indigo meanders through jobs clearly not fulfilled. Her mother wants her to be urban & trendy and lets it be known that Indigo can and should do a lot better for herself but Indigo is stuck in a rut. Some epiphany or lucky break needs to come this girl’s way. Janay needs, what, counseling? Well, this isn’t IN TREATMENT, so that isn’t going to happen. The guy who almost ran her 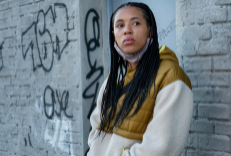 down was Sylvester. He and Janay were the only ones to show up to try to meet the new owner and work out something. They had the door slammed in their face, but she didn’t help the situation. She blocks so many potentially good things because she has a wall up, she has a chip on the shoulder, an attitude she doesn’t think needs improved. Someday it will be revealed just what is going on.

The opposite of all that is Camille. She seems so innocent, naive and carefree. Kirt just stumbles on and Janay, & 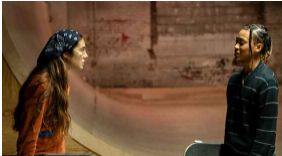 Indigo have issues but Camille just generally has good things happen to her. She always had a good rapport with the boys boarding with whomever she wished and just hitting it off with everyone. That good luck shines on her again this season because she links up with the right guy. She has been chosen to wear fashion from a store out & about so that when she is filmed on the boarding scene she promotes the look & image of the store. She, to use their terms “has flow”, and becomes a model basically. Can she roll with this good luck?

We have set you up for where they are all at. What happens for the Betties in S2? We will keep you informed. Now, go practice your darkslide and fakies until BETTY comes back on Friday nights at 11:00pm on HBO.