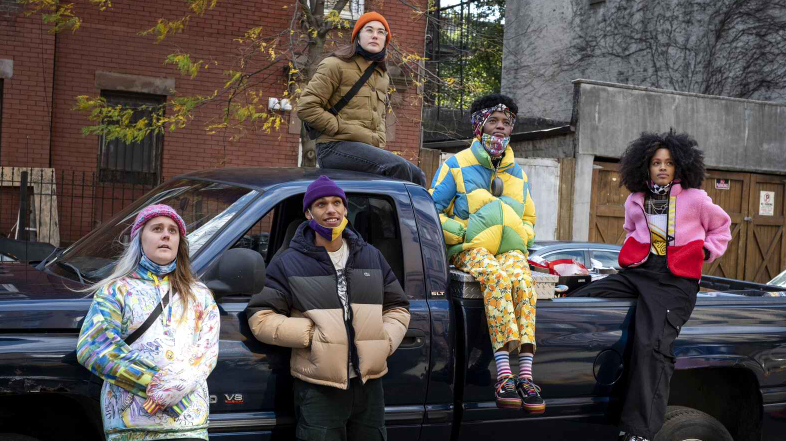 The final episode of the sophomore season begins right where we left off at the Halloween bash at the winter skate park. As I will point out the big ‘let out’ of the title seems to be a sigh of relief from all our Betties. So, does the season end on a happy note for everyone? Not until there is a third season (no official word yet) will we know for sure if all is alright but again the chance to let out a collective sigh seems to have helped plenty.

The party is in full swing and Kirt has shown up dressed as a Queen Bee so, all our players are finally present. The episode opens with Camille offering up her own Instagram post spilling the beans about her awful experience with the photo deal. She states her truth and the hits just take off – Camille has become an 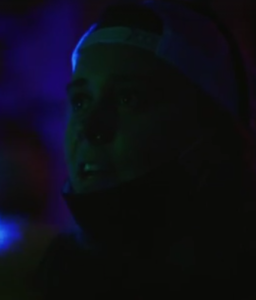 influencer all on her own. She cleared the air and make it right with Tai. She finally overswelled with confidence and that should ride strong into another season.

It wasn’t so clear-cut for Honeybear. At the party, Ash caught her little stint of revenge sex with a guy. The following day, they talked it out. They admitted the polyamorous route wasn’t working out and that Honeybear was uncomfortable talking intimate thoughts with just anyone. They forgave each other in a little lovey-dovey moment, as their way of letting out, and then Honeybear said they really should each seek out better partners for themselves. It was said lighthearted enough but will Ashley be around in Season Three?

We seem to be running through the character arcs here so let’s continue in that vein and talk Indigo. Her friends finally learn the truth as to her moodiness at the party. They were attentive to her as she let out her distress, but not in the way I remember it. If you recall, she had a date with a client who wanted to give her oral sex. Two episodes ago we saw them in a cramped space with him removing her panties and going up her skirt, but in the scene, Indigo closes her legs and he backs off. We get from 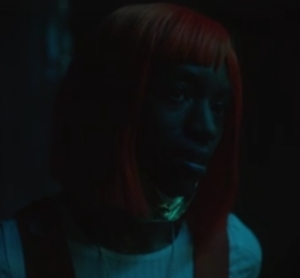 that that she lost the cash because she didn’t see it through. But in this episode, she tells her friends that he did perform the act on her and then refused to pay her! Whoa! Either way, she has been a mess over it. So, where is her ‘let out’ moment? It doesn’t come until the next day when we see her visit her mom. What bonding time they may have had was off-screen but it is clear that she needed her mother and that mom was eager to be there for her. We also see her playing with her younger sister and learned she moved out of Camile’s and into a place of her own. Sigh, we hope the time doing all this helped her clear her head and focus her in a new direction.

Another surprise was how Kirt resolved her dilemma. She was tired of being the boys’ adulation and explained to them that she was just a jerk that shouldn’t be deified. To prove it she confesses to Micha that she slept with his girlfriend Shelby and was truly sorry. What really drove her to that reveal was Shelby telling her moments earlier that it was just a fun fling, nothing serious and sort of laughed off that Kirt had feelings for her. Kirt could let out a sigh of relief over the whole thing and shed her whole quest. Time to move on.

That leaves Janay, the organizer of the little bash. Things flare up when the cops were called because of the assault the boys put on that old client of Indigo’s that crashed the party. The end result is the police, alongside the building’s owner, throwing the gang out of the space. They dodged real trouble but lost their winter skate place. But all was not lost due to sage advice from Janay’s cousin Jzabel. He told Indigo -“it’s easy to lose yourself in a place like New York but that he’s found purpose in serving his community and doing what he loves every day.” A few days later they rallied and took all the canned goods they had collected plus Janay’s cousin’s home cooking and distributed it to the needy in the neighborhood – SKATE KITCHEN (title of the film that inspired the creation of BETTY) was born!

All might not be totally resolved by season’s end but the Betties are certainly let off some steam and at least for a time were in a happy place. Thanks, Betties! We will keep you posted if BETTY is renewed for a third season. Until then go pop an ollie!