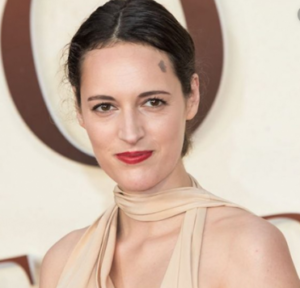 Not sure how this one slipped by us but with award-winning Phoebe Waller-Bridge (Fleabag, Killing Eve) attached we have to mention it. She had a pilot in the works for HBO entitled RUN and it has been given the green light to go to series. It is considered a romantic comedic thriller. How about that has something unique? Not only will Waller-Bridge (pictured) be spearheading she will have a small role in it also. Tapped to direct the pilot that got the show picked up was Kate Dennis (The Handmaid’s Tale).

The concept is written by her DryWrite Films partner Vicky Jones for EOne (the shingle behind SHARP OBJECTS). RUN is about ex-lovers who made a pact 15 years ago that if they ever needed to escape life, they could send each other a simple text message – “RUN” – and impulsively disappear together. Well, apparently one of them places the text and off they go. Of course, the story is then all about their backstory, a look at why their lives are off the rails, thus prompting them to act on the pact and what happens as a result of them ‘escaping life’.

Just who are these ex-lovers? They are Billy and Ruby and are personified by actors you know. Billy is played by Domhnall Gleeson and Ruby by Merritt Wever. Gleeson’s Billy Johnson is a successful life guru from a wealthy Irish family. Born with the gift of gab, he deftly combines a boatload of charisma with a boundless need for approval. But he didn’t have enough charm to stick with Ruby?  Ruby Dixie is an American family woman who functions like clockwork but feels like a fraud. Having packed away her younger self for the sake of other people, she is finally taking steps to reinvent her path. Ah, so Ruby is the one with the humdrum life and she places the text message that gets this story running.

Tamara Podemski plays Babe, a soft-spoken police detective with a dry sense of humor. Babe recently has moved to a small town in Colorado and is enjoying the quieter life it affords. She is lonely and would love to meet someone but lacks both confidence and opportunity. Babe is slightly intimidated when she lands her first big case, which offers her the chance to show off her genuinely good police skills and also meet someone who might change her life forever. So, is this where the thriller element enters the story? Does she want Billy?  We’ve got plenty of time to ponder all that. I think we should see RUN sometime in the latter half of 2020.