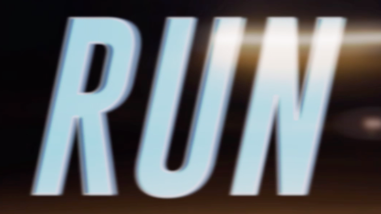 Some shows just become ‘one-season wonders’ for all networks including HBO. HBO has canceled Vicky Jones’ RUN after just one season. But it took a good month for them to decide. HBO stated on the matter, “After exploring potential ways of continuing Ruby and Billy’s journey, together with showrunner Vicky Jones, we have come to the decision that we will not be moving forward with a second season of Run.”

That ruling leads to the indication that it wasn’t poor critic response or bad cast chemistry or perhaps poor numbers but more of a logistical problem at the root of it. Jones herself said, “We would love, love, love to keep going and keep running. I certainly have a thousand ideas.” Yes, we had a couple of ideas on moving the series forward as well. One theory was the continuation of Billy & Ruby’s story by continuing the Run through L. A., at least long enough for him to explain his hidden agenda which was dropped in the final episode. Perhaps with COVID-19 very much viable in L. A. that killed any notion of trying to film there. Regardless of the reason, it puts RUN at a screeching halt. We just have to settle for the fact that they had their cross-country Run, they learned more about each other. and at the end of the line they go back to their lives again no matter what shape they were in. Running isn’t the answer after all. which I’m sure wasn’t the message the show wanted to deliver but with its end after just one season that is what we are left with.