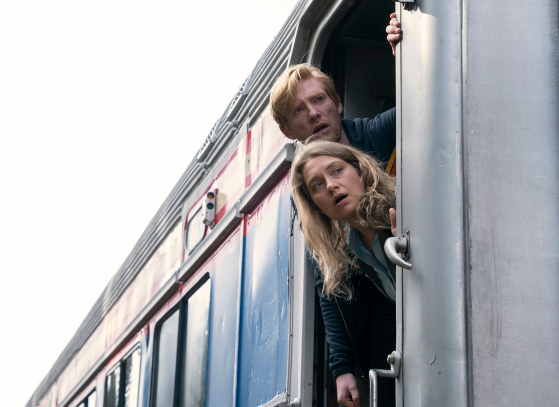 Ruby does not know when to keep her mouth shut and mind her own business. Billy has not been the most forthright about his motivational speaking and Fiona is just a stalker. Like, she is legit crazy, and I cannot, for the life of me, understand why Ruby does not start becoming suspicious of this person who just happens to be in the same place, the same train at the same time. Creepy. Fiona has a menacing quality to her, and she is out to get Billy. This is not good.

We find out that Fiona is not exactly a nice person – sure, she is invested as Billy’s business partner – but she should not have been snooping in Billy’s phone years ago. His phone is his business – along with any text messages sent. Who the hell is Fiona to decide what text messages he gets, and which ones are deleted? I would be seriously ticked off if I was Billy. Either that or put a lock code on your cell phone, dude. On Ruby’s wedding day – when she sent RUN to Billy, he never responded because he did not know he had received that text message. One cannot help but wonder if he had seen that text message – would he have gone? Turned his back on his business, Fiona, and gone straight to see Ruby? Things could have turned out to be so different. 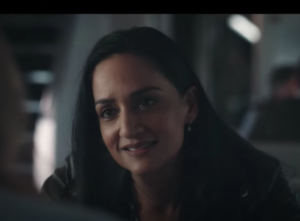 There is a connection between Ruby and Billy – one that time, and circumstances cannot dispel. Even though they argue, then make up, then appear distracted by their own personal problems, they always tend to find a way back to each other. The fly in the ointment is Fiona. And that bag of money that Billy had? Well, Fiona ends up getting her hands on it. What a blunder. Who gives a bag of money that is not even theirs to a random stranger?! Then again, Fiona reveals her true nature: who she is, how she is involved with Billy and the tiny fact that she is got a cell phone recording of them spending the night in the hotel room. Panicked and feeling threatened – we understand why Ruby hands the money over.

Of course, while the scenery outside the train windows is idyllic and one could get lost in it, the problems from home beckon. Ruby’s husband has called more than two dozen times, one of the kids hurt themselves, Laurence hired a live-in nanny– and all of this information put Ruby in a state of heightened anxiety – to the point where she felt threatened by Fiona and felt like she had no choice but to hand over Billy’s money.

In some ways, you feel sorry for Ruby: there’s anxiety or depression there that has not been treated or investigated. She is lost in her life, her role as a wife and mother. She seems so displeased with how her life turned out. Something is missing. Sadly, there are many people who go through life like this: do what is expected, coast through, please their parents, cave to pressure – only to be absolutely devoid of life, pep or spirit. She is looking for something to provide her with some sort of stimulus and that comes in the form of Billy. Billy had a bit of a mental break during a live motivational speech and it did not go over well with the audience members. Billy is also looking for something positive, something to take him out of this funk. He’s got some issues that perhaps need to be treated, as well.

Now, both Billy and Ruby are broke, on the run, destination unknown and Fiona? She might be a few bricks short of a load. But she’s got the money and hightailed the hell off of that train. With no money, no resources, and no plan, what Ruby and Billy’s next move is anyone’s guess. Well, the trailer for the next episode does give us a clue.