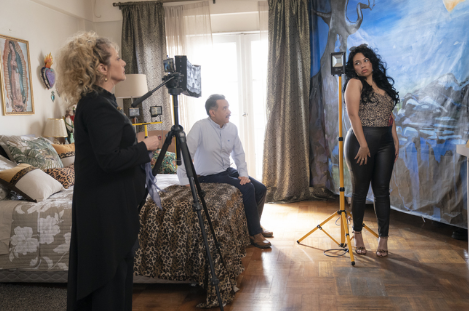 So, it is the sixth and final episode of this little Friday night spookspoof. The team is split up with Renaldo up in L. A. working on Bianca Nova’s movie and the team is back home dealing with their issues and the business. Their latest gig is to help a sleep clinic get an incurable insomniac some shuteye and so they are going to rig up a boring dream to get her to sleep. However, according to their client, their customer relations is lousy putting the job in jeopardy.

As we know however, that is the least of Andres’, Ursula’s and Tati’s problems. The gals are still deep in debt with the pyramid scheme CEO and Andres still has the looming wedding to Juan Carlos and the demon deal weighing him down. Well, being a season finale, some issues have got to be resolved, right? And they do. But, the payoff of the resolves doesn’t always play out well. You count on that big payoff in a series but what plays out here falls flat at times. 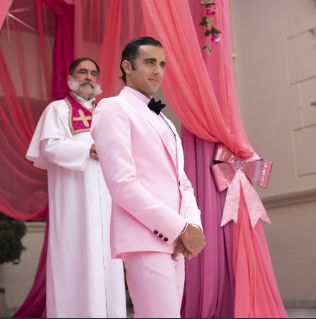 So, what happens? Well, Andres does give the demon what she wants in order to know the truth about himself and that reveal is the one that falls the hardest as a good resolution to the situation. Either way, he is past it. But it is the day of the wedding and does he see it through? In the end, nuptials do take place but Andres remains single. Not to give too much away let’s just say that due to a witty move from Ursula lovely Tati finally meets her Prince and as a result has enough money to pay off the debt.

Renaldo has his own problems as the Nova movie is just a disaster as we knew it would be. He isn’t happy at it and doesn’t have his team with him to pull off all that is expected of him from the off-beat Nova. At least he had a nice visit with Uncle Tico.

Upon his return home, the team realizes that they are not happy or complete unless they are all together thus, pulling off the assigned ‘fake dream’ gig successfully. All the loose ends are tied up then but one. Ursula is being followed; it is part of an odd plotline that I glossed over but it still looms. If there is a Season Two we will certainly have to address it.  Find the entire season on HBONow/Go. 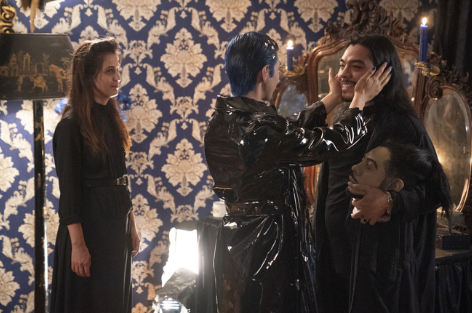