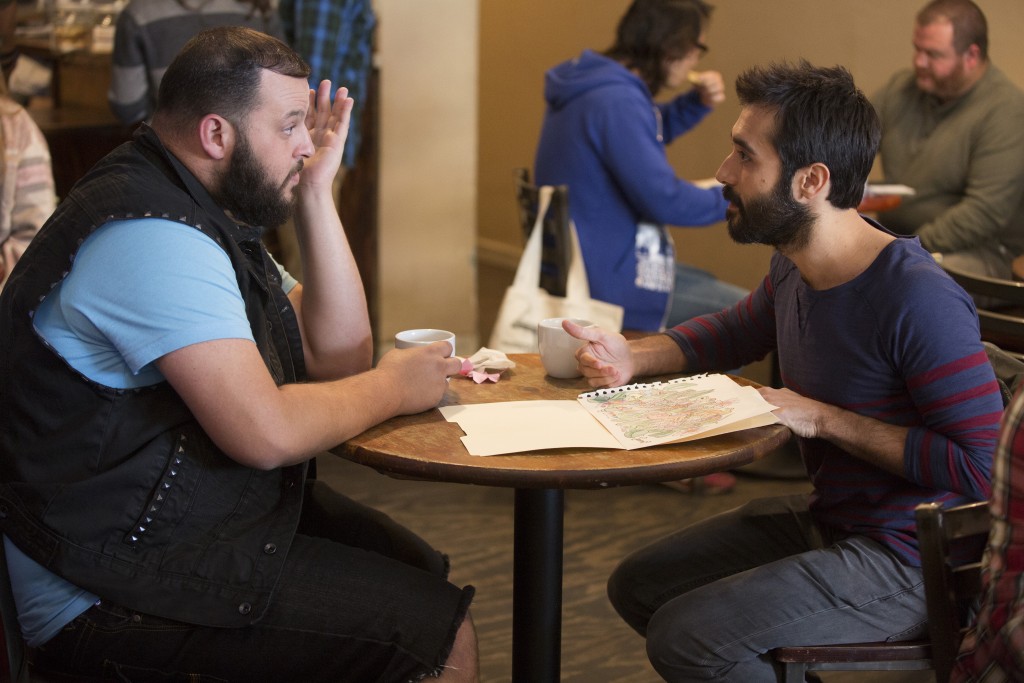 The guys of Looking have all been searching for a happy home. Happiness can be so fleeting. What one person sees as happiness, another person has a totally different notion. Especially when you’re in a relationship, you want to be happy with your partner and you have a wide range of emotions running the gamut: are you rushing into a relationship too fast? Will your friends like your new boyfriend/girlfriend? Are you in a relationship for the right reasons? Will your parents and siblings accept your partner? What if you’re “just friends?” When you’re trying build a house with someone you love, is your house a “home” where you dream, live and love together? Or is it just a place where you and your partner are two ships in the night, passing each other by?

Doris and Dom have a huge falling out – Doris’ uncle is contesting the will, which means any money she promised to help Dom out with is now tied up. Legal issues always have a way being resolved in the slowest way possible. This does not bode well for Dom, who has poured every last cent he has into his chicken take out window. While he is a bit on the callous side Doris flares up,  gets 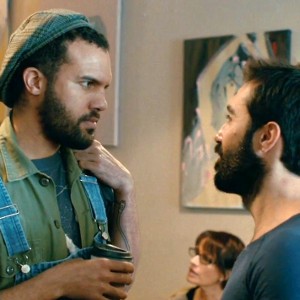 upset and storms out on him.

Patrick and Kevin are checking out a beautiful apartment, but it’s for Kevin only. Patrick is not moving in with him. Patrick is staying at his place. Kevin purchases the new apartment and you would think that was a wise move. After all, Patrick and Kevin have just become a couple. Perhaps it’s a good thing to take things slow and be cautious. “Slow and steady wins the race,” is the old adage. Then again, this is Patrick we’re talking about. Perhaps I should use the adage that “fools rush in.” Slightly more appropriate. While shopping for furniture, Kevin admits to Patrick that he wanted to ask him to move in. It almost feels like Kevin wants to proceed with caution and take things slow, and Patrick is on the fence about this.

Eddie and Augustin are having a moment of their own. At the shelter, Augustin learns that the artist who was supposed to paint a mural about tolerance had quit on them. As in, they have no replacement to do the mural. Eddie tells Augustin that he is going to be the artist and he will paint a beautiful mural for the shelter. While this is a great idea in theory, the reality is that Augustin has no desire to get involved in the art scene. This may have to do with last year, when he was told straight up by his ex-boyfriend Frank, that his art was no good. Speaking of which, Augustin and Eddie just happen to run into Frank at a coffee shop. Awkward. Augustin is polite and Frank seems very annoyed, almost curt, as he speaks with Augustin. Eddie just sits there, waiting to be introduced. “This is my friend, Eddie,” says Augustin. The look on Eddie’s face is priceless. When people say they’re just “friends” there’s usually more to it than that. It’s revealed later on that Augustin reveals to Eddie that he wants to be in a steady relationship with him. Eddie has been the one to keep Augustin at arm’s length. They realize the depth of their feelings towards each other. It appears that this relationship will take a turn for the positive.

Doris and Dom have another falling out over the money issue. Doris straight up tells Dom that she is tired of being his “go to” person – she’s been that to him for twenty years. That’s a long time. She also tells him that they are codependent and not good together. She leaves, stating that she’s going over Malik’s house. In one respect, Doris needs to be able to have her own life without all of Dom’s drama. In another respect, they are like that old, married couple that fights one day and hugs it out the next. But they appear to be unhappy with the condition of their relationship. No happy ending 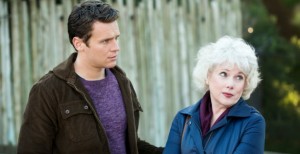 Patrick and Kevin meet up with Patrick’s mother for dinner. Dana, it seems, is happy for her son. She also takes a shine to Kevin. It appears that Patrick is in a stable relationship with another man and she is happy that her son is happy. However, the topic of Patrick’s sister Megan is brought up. Megan, it seems, is frigid and sarcastic. She has a ‘strict moral code’ and doesn’t really have anything to do with her brother or Kevin. It just so happens that Patrick’s ex-boyfriend, David, is friends with Megan’s husband. Megan is making a mountain out of a molehill and whomever her brother is dating is quite frankly, none of her business. The next day, while Dana tries to broker a peace between her two children, at a trip to the zoo no less, things don’t go so well. Megan is rude, condescending and bitchy towards her brother. Patrick does an admirable job of defending himself. The two scrap it out and before you know it, Dana drops a bombshell on her children: she’s leaving their father for a widower. While Megan and Patrick are clearly at odds with each other, they take a united front and support their mother’s decision. It has to be a scary thing, to make the decision to leave your spouse after being married to them almost 40 years, in order to find happiness with someone else. Dana’s mind is quite made up. You can tell that Megan and Patrick are stunned at the news, but really have no choice but to accept it. Dana leaves the next day, giving Patrick a hug and kiss, hoping to see him and Kevin at Christmas.

Which brings me to ask: does Patrick truly love Kevin, or he is in love with the idea of being in a steady relationship? Does he have any lingering feelings for Richie? Will Doris be forced to choose between Malik and Dom? Can Dom arrange for financing elsewhere, to make his restaurant take out window come true? Can Patrick and Megan’s relationship be salvaged?

Now, take a gander at the Inside the Episode clip followed by the preview of the season finale which debuts Sunday, March 22 at 10:00pm.