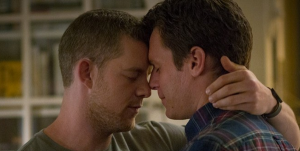 HBO has always been the network to push the boundaries. What it’s done with Looking, which shows a real-life view of relationships (regardless of sexuality) in such a dynamic way that it’s impossible not to be completely drawn in, is no exception.

“I can’t just drop everything whenever you’re free.”

I love seeing Patrick experience this quasi-relationship with Kevin, who’s accent is probably his only redeemable characteristic. The topic they broach in the first scene of the episode of changing your world around to accommodate someone else, someone who won’t even officially commit to you, is such a real problem so many beginning relationships go through that it was almost uncomfortable to actually watch.

Fully committed Dom is probably one of my favorite developments this season. Even more so when Doris climbed into bed with them for a post-coitus rehash. Because everyone needs to reveal those gritty details to their gay best friend, obviously. 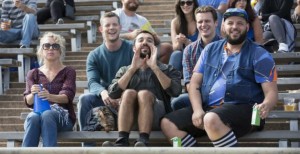 “Does anyone actually know what they’re doing?”

Am I the only one who thinks we’ve suddenly figured out Kevin’s motivations for wooing our young, naïve Patrick? Can we talk about how devastated I’ll be if his heart ends up broken after a fake love for a visa relationship. Though I have to say, their cuddling on the couch might have been kind of adorable. Despite the whole checking text messages from his actual boyfriend the whole time, of course. 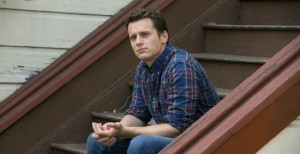 The main theme of this entire episode was sex, so coyly illustrated with the title “Looking Top to Bottom” which caused me to chuckle a bit. There’s a few different first, as far as Patrick actually having Kevin to his home for their rendezvous and his oh-so-graphic preparation enema.   Obviously, the biggest first would be the position switch between Kevin and Patrick, which is a bit too NC-17 to go into too much detail about here.

Of course any possible progress this might have made for them was thrown right out the window when Kevin gets out of bed to take a call and leaves Patrick lying alone, wondering what the hell he’s doing falling deeper into something with someone who is so invested in someone else. I’m interested to see exactly how fast this blows up for them because we all know it’s only a matter of time before the whole thing falls apart and someone ends up devastated.

As much as it breaks my heart, my money is on Patrick.

Leave your thoughts on the episode in the comments! And check out the preview for next week’s episode below. Remember, due to the Super Bowl on 02.01 the next installment won’t appear until 02.08.