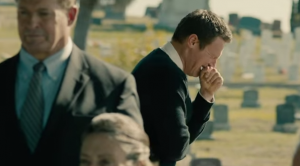 I’ve said it once and I’ll probably say it every single review but one of the things I love the most about this show is how realistic it is. People deal with death differently and the majority of the time, it’s not in the most conventional way. Doris’ reaction to her father’s death, the cold tone and distracted comment about her breakfast drink, was so heartbreaking and beyond real.

I also love the fact that Patrick, who is normally so wrapped up in his own stuff (which he even playfully mentioned in the car) showed up to support her, even if all he can do is offer neck rubs. Doris has always, and will probably always be, one of my favorite characters. Almost every line out of her mouth (especially if it involves over-eating gummy worms) makes me laugh.

Dom’s unwavering love for Doris showed so clearly in this episode. The two of them have such a strong bond, so deeper than any of the other characters have developed on the show. It’s wonderful to see a relationship like this that doesn’t have any romantic connotations and is based solely on a mutual affection and an understanding.

“You know that I loved you so much?”

I really wish the entire show was just Doris and Dom because really, these two are just perfect. Recounting their awkward sexual experiences as teenagers who had no idea what they wanted in life or what type of people they were actually attracted to, had me laughing hysterically.

This episode had so much to do with the people they used to be and what they’ve lost. Dom mourning the loss of his father’s diner, which closed decades before. Doris mourning the loss of her father. Patrick reminiscing about being in the closet and all the feelings that came along with that and realizing that maybe he’s not too different than he was then.

The dancing scene was hands down my favorite scene in entire series. And the fact that it dramatically cut to Doris’ father’s funeral was a brilliant piece of writing. And as much as I know we’re really not supposed to laugh when Patrick starts crying hysterically? Totally did. 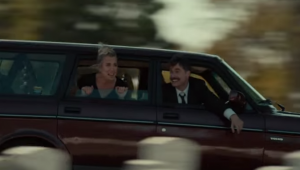 The whole coming back home after decades away took on a whole new level of power with Dom coming out to his high school friend. Meeting Barry again seemed to make Dom question everything he’s done since he left his hometown, which doesn’t seem to be such a rare thing for him to go through. This season has been a lot of growth for him, with letting go of his semi-relationship with someone who could never really commit to really starting to work towards his dreams.

That one line broke my heart more than any of the rest of the episode. This is what I’m talking about when I say that this show is unbelievably realistic. So often we lose people we love before giving them a chance to really get to know us. Him announcing to the entire cemetery at the top of his lungs that he was gay was the most powerful scene they’ve shown us yet.

“There’s no one I’d rather invest in than you because you’re my family.”

The whole dramatic car accident scene came out of nowhere. It was such a tangible representation of what they had all been through this episode that I couldn’t help but admire the writers for it. They were emotionally broken down and now they each have battle wounds to show just what they went through. 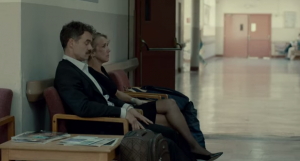 The episode ended with Doris giving Dom a chance to follow his dream and actually open his restaurant and then finally breaking down to her emotions. Kevin meets Patrick at his apartment, where he tells him he’s left his boyfriend and is ready to actually commit to him. I’m sure this will last all over half an episode but at least we got an awesome kiss scene out of it.

All things aside, this was by far my favorite episode of the season (probably because of the vast amount of Doris). Here’s a look at this weeks “Inside the Episode!”

Check out the preview for next weeks episode below and leave your thoughts in the comments!