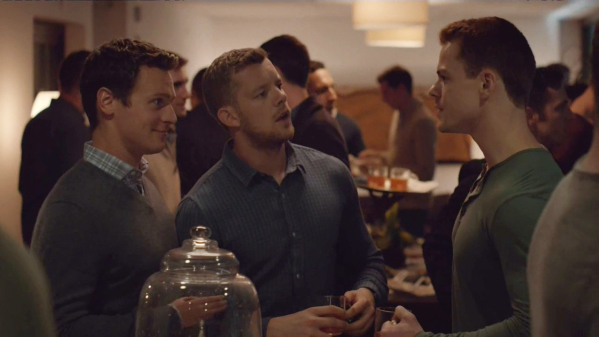 I must have gone through an entire box of tissues with how much of an emotional wreck the season two finale of Looking left me in. Throughout its run, Looking has been a highly realistic and serious series, yet always with a comedic dash of sarcasm and hilarity. “Looking for Home,” however, was Looking at its most solemn and intense, and in a very powerful way. The episode covered a lot of relevant topics in both gay and straight culture, such as monogamy, the importance of friendship, and making difficult decisions for the sake of one’s own mental and emotional stability. Ultimately, the boys in Looking have been searching for love and happiness, and the finale gave a strikingly poignant view of what this means to each one of them.

“Looking for Home” revolves mostly around Patrick and Kevin, who are in the final stages of moving in together. The two are incredibly enamored with one another and have no qualms about the possibility of this being too large a step too soon in their relationship. As Patrick enters the apartment with one of his boxes, he notices a large “Field of Dreams” poster Kevin hung on the wall. This sparks a strange epiphany in Pat as he tells Kevin, “I just realized I don’t know your stuff.” He shrugs it off, and soon thereafter the two are invited to a Christmas party being thrown by one of the gay couples downstairs. Pat is reluctant to attend at first, given he’s promised Agustin he’d attend his mural opening at the teen shelter that evening, but he simply cannot say no to Kevin—who has already accepted the invitation—so Pat agrees to swing by for a bit before Agustin’s event.

The Christmas party turns out to be more than Pat and Kevin bargained for, as they come to realize every gay couple in attendance is overly flirtatious and label the two as “new meat.” One man in particular tells them, “Don’t be intimidated. We’re fun, and as the night goes on, we get a little bit wild.” Pat and Kevin rush into the bathroom to laugh about the situation, wondering whether they’ve just entered an orgy party where everybody is making out and talking about a “second bedroom.” Patrick seems okay with the situation at first, until he stumbles upon a couple comparing Grindr profiles. They discover a user by the name of “Rompford” with no photo or information who is very near to them, and a look of disdain comes across Pat’s face as Kevin walks up to them. For those who don’t remember, Rompford is the name of Kevin’s hometown in England, and Pat immediately puts the pieces together as he tells Kevin they need to leave the party. On the elevator back to their apartment, Pat confronts Kevin about the Grindr profile, and Kevin admits to having logged on earlier that day but only to see what other gay men lived in the building. He promises Patrick he hadn’t been using it to hook up with random strangers and even begs him to go through his history, which Pat refuses to do. 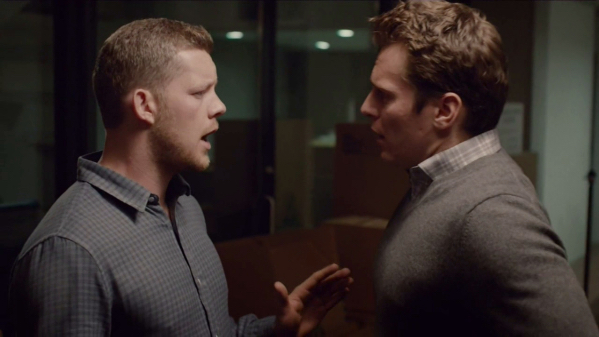 The conversation escalates from there, as Kevin reveals that he doesn’t believe monogamy is entirely possible. He attempts to validate this by saying that he doesn’t want his relationship with Patrick to be anything like his relationship with Jon, which consisted of lying, cheating, and sneaking around. In this sense, if anything does happen with another man, Kevin wants to be able to talk to Patrick about it rationally so that there are no secrets between them. This, of course, sends Patrick on a downward spiral, as he tells Kevin, “All I can hear right now is that you want to fuck other people, and the reason you want to do that is because I’m not enough.” Watching Pat and Kevin hash out this argument is undoubtedly the most heart-wrenching scene of the series thus far, particularly because there are many sides to the argument. It’s easy to dismiss Kevin as a selfish individual looking for an excuse to have sex with others, yet he’s serious about staying with Pat and tells him there’s always a possibility of either of them screwing up, and for that reason, they should be completely honest with one another about anything that happens. It’s not so much that Kevin is incapable of commitment, but rather, he is preparing for the consequences of infidelity so that their relationship is not ruined. All Patrick can see, however, are his own insecurities and Kevin’s incapability of faithfulness. “I feel like, maybe, your heart works one way and mine works the other,” Pat tells Kevin. As far as their characters go, this makes a lot of sense. Patrick has never been in a relationship that lasted more that a few months, so his views on fidelity and devotion to one person are of utmost importance to him. And yet, even if Patrick had been in long-term relationships before, it would be easy to sympathize with his views on monogamy. Just as many people believe in wholehearted devotion to one person, others believe in open relationships or arrangements, such as Kevin. Their views ultimately boil down to realism versus romanticism. It is a very gray area and there is no particular right or wrong answer, which is what seemingly brings about the unraveling of Patrick and Kevin’s relationship.

On the surface, Pat and Kevin emanated adoration and sexual passion, but underneath the surface lingered their differing views on relationships and how they should be handled. This, of course, is something Patrick should have known all along, considering his relationship with Kevin started only because Kevin was cheating on Jon. He comes to realize this as the argument winds down, telling Kevin, “What makes me really fucking sad and frustrated is that deep down, I’ve always known that, and I’ve just ignored it because I just wanted this so much. I wanted to be in love and be in a relationship.” We’ve observed this behavior in Patrick throughout the course of the entire series, with how badly he handled his relationship with Richie in season one and his level of desperation as he flung into his relationship with Kevin this season. Ultimately, he must make the decision to trust Kevin, who agrees to attempt changing for him, or leave him and start over new. The episode closes off with Pat visiting Richie at his barbershop, asking him to buzz off all his hair, almost symbolically representing a sense of renewal for him as he moves forward in life. 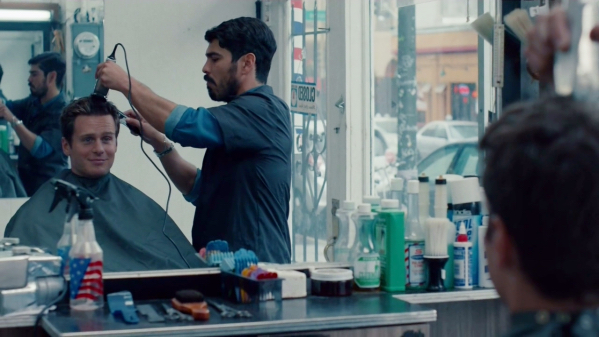 “Looking for Home” also provided authentic and honest closure for Agustin, Dom, and Doris. Agustin is in a happy and committed relationship with Eddie, and the two are shown briefly in each other’s arms, with looks of genuine passion for each other at the mural event. Dom and Doris finally patch up their friendship, admitting that while they will still remain best friends, it is necessary for Doris to begin separating herself more from Dom now that she is in a committed relationship with Malik. The two embrace, and they are a perfect depiction of the vitality of friendship despite their need for individuality. 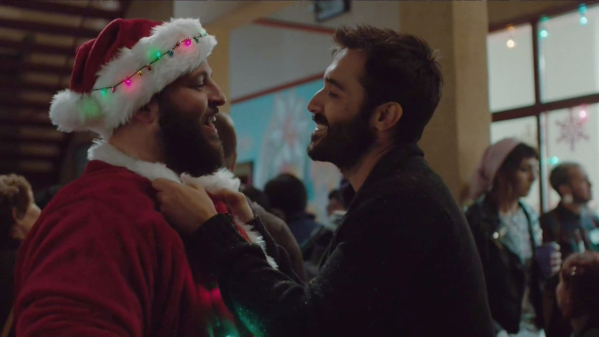 Overall, season two of Looking gave an expansive view of how a group of very different friends handle love, relationships, and friendship. We saw their personalities and temperaments develop in season one and truly flourish in season two. Patrick is no longer an insecure, desperate mess. His relationships with Richie and particularly Kevin were learning experiences for him, and he will only grow from here. Agustin battled his drug addictions and learned from his mistakes, eventually becoming one of the most caring and loving characters on the series. Dom became more and more driven as the season progressed, finally opening his own mini-restaurant (AKA the chicken window) as well as learning and growing from his friendships with both Lynn and Doris. He came to terms with distancing himself from certain people for the betterment of their lives, and at the finale’s end, he smiles as he looks up at the neon sign for his window. Ultimately, Looking has been a character-driven journey through the lives of three gay men (and one straight woman that keeps them in line) and the way they’ve handled and learned from their experiences. It has been an emotionally tumultuous and strikingly realistic exploration of the lives people lead, despite being a comedy series, and the honesty it portrays has made it one of the best television experiences I’ve ever had. I’m sure many others can say the same.

Here’s a look inside “Looking for Home.”