There has been such vague information regarding INDUSTRY so we are not only glad to see a length of footage but a premiere date that is just around the corner. All we have had to date is a few quick snippets tucked away in a Coming Soon clip or two and a few pictures of the cast that we didn’t bother to reveal because there was no hard news to accompany them. All that changes with the press release below:

The series will be available on HBO and to stream on HBO Max.

Starring Myha’la Herrold, Marisa Abela, Harry Lawtey, David Jonsson and Nabhaan Rizwan as “The Graduates” and Conor MacNeill, Freya Mavor, Will Tudor and Ken Leung as “Management,” INDUSTRY gives an insider’s view of the blackbox of “high finance” through the eyes of an outsider, Harper Stern (Myha’la Herrold), a talented young woman from upstate New York. Following a group of young grads fueled by ambition, youth, romance and drugs, INDUSTRY examines issues of gender, race, class, and privilege in the workplace as these impressionable young minds begin to forge their identities within the pressure cooker environment and sensory blitz of Pierpoint &

Co’s trading floor, where meritocracy is promised but hierarchy is king.

Yeah, I was not all jacked up for the world of mega-dollar investment banking either, at least not until this clip. You ready for big business, high stakes, ang major play? A lot is riding on “The Graduates;” A lot of pressure is upon you when you are told to “Prove Your Worth.” All we’re asking of you is, Do you got what it takes to take on INDUSTRY? 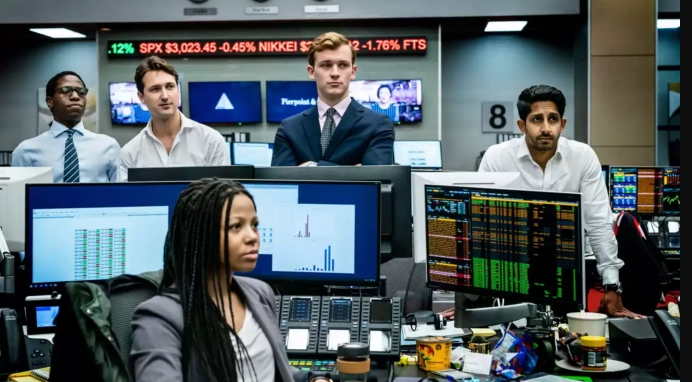