The latest in HBO’s deep dive into the murky world of London’s financial district sees some huge changes come for our tremendously tragic graduates who are all just trying to either prove they’re the best or, at least prove they’re not the worst. With rumours of the ‘merger’ with the New York office growing louder, Harper, Robert and Yasmin consider their options. 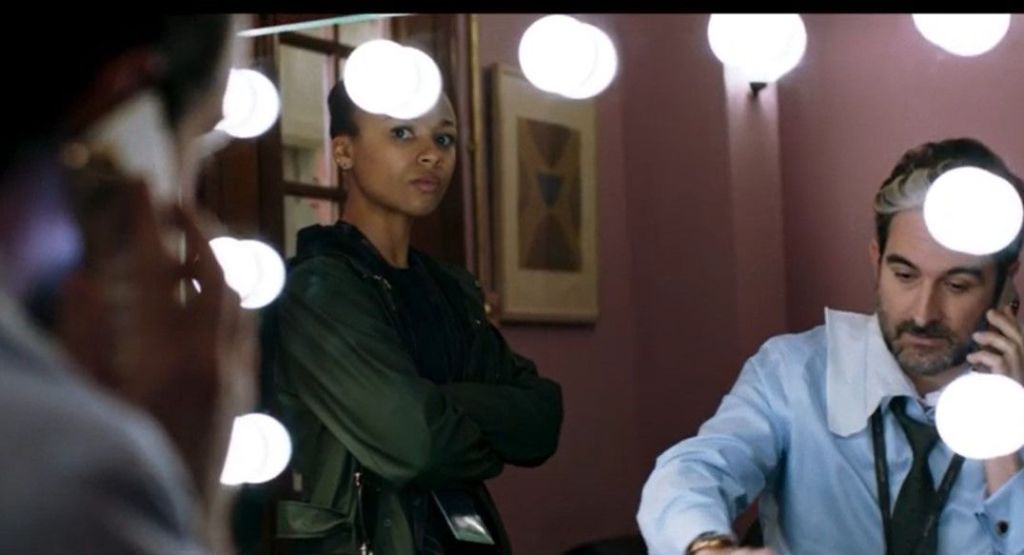 Harper fucked up and Jesse is icing her out. Harper told Jesse to become a majority shareholder in Rican Healthcare because she had a hunch about the competitor on the market, FastAide, and how their stocks would plummet in favour of Rican. However, she really couldn’t have been more wrong and ends up costing her client, the most high profile client anyone in Pierpoint could land, millions of dollars. In episode 6, “Short to the Point of Pain’ we spend most of the time on the CPS desk, where Harper fresh from her jolly to Berlin is watching the FastAide stocks go up and up. Jesse, who is rightfully pissed off at Harper for going AWOL the previous week, enters the office flanked by security guards to speak to Harper in person. He gives her the dressing down of her life, something she has needed for a while, and in a frantic attempt to get him back in the game she ends up stabbing Rishi in the back, which backfires as DVD banishes her from the desk. 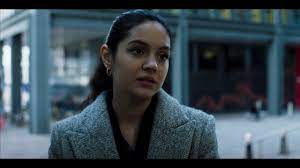 This show does one thing really well, most of the time, and this is fill your head with financial jargon that the average viewer wouldn’t understand without a degree in Finance, but its okay because it does all sort of make sense. In the same way as Aaron Sorkin writes about politics or poker games, you don’t really understand what anyone is saying but you can pretty much figure it out. However, this episode had me lost. I could barely follow what was going on, I know that the characters are speaking English and the individual words I can understand, but thats about it. This made the episode difficult to digest in terms of understanding the true weight of what Harper had done to Rishi and what this means for her relationship with Jesse. However, the following episode helped to shed a bit more light on things as well see Harper, Rishi and Eric team up to sell themselves to other brokerages as a singular team of highly skilled investors, which sadly for them, does not go well. 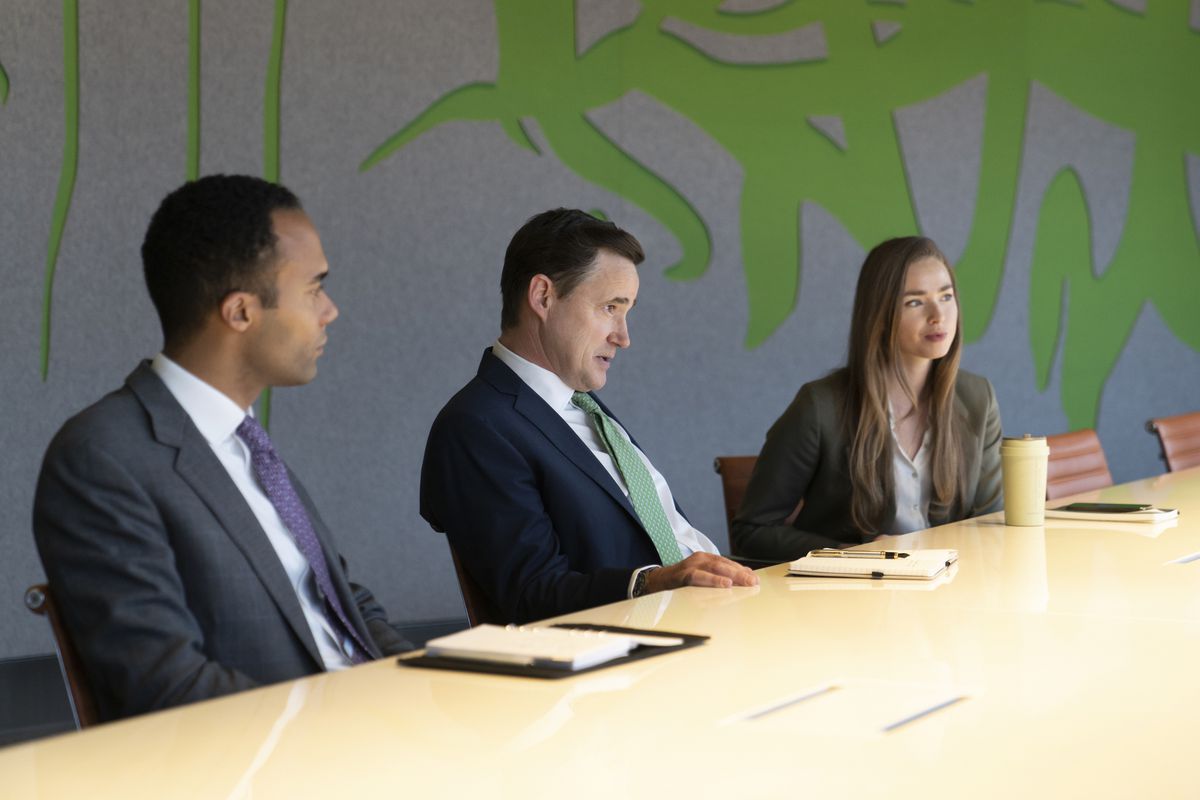 However, the stories off the desk are the ones that feel the most compelling and real. While occasionally erring on the side of millennial melodrama, there are some fascinating developments in both Robert and Yasmin’s personal and professional lives. In ‘Lone Wolf and the Cub’ we see two of our graduates taking on significant challenges when mentoring a new graduate, Venetia (Indy Lewis). Venetia hijacks Robert’s dinner with Nicole and flashes her big eyes and wide smile, flirts her way into sharing the rest of the bottle of wine with Nicole while Robert leaves with his tail between her legs. Nicole (Sarah Parish) has her eye on something younger, more beautiful and exciting and she’s ready to pounce. Robert, knowing Nicole’s history with combining business with pleasure becomes concerned for Venetia and runs back in to see if she’s okay, but they’ve already left. Venetia comes to Yasmin the following day and confesses to her that Nicole sexually assaulted her. While this feels like it could the beginning of an interesting thematic development at the end of the season, Yasmin furiously brushes off her concerns with comments akin to, ‘its part of the job’ and angrily returns to her important meeting with Celeste. What Venetia doesn’t know is that Yasmin has found herself in a precarious position with Celeste after the two of them finally succumbed to their lustful fantasies and got together in the previous episode. Something that will undoubtedly cause huge issues moving forwards. But the question is that much like Robert and Nicole, did Yasmin feel like she had a choice in the matter? That it went beyond personal preference and into professional obligation?

Venetia ends up going to Kenny who takes matters higher within Pierpoint and it looks like this might be a bigger issue addressed coming up. Its kind of odd to bring in something like this close to the end of the season, unless it becomes such a massive thing that it comes to bigger climax? Eric, Harper and Rishi are at the end of the line and its increasingly unclear what any of their futures may hold. Their final meeting, the one Eric thought would be ‘the one’ ended up being the worst that could happen as Daria makes her return as their potential new employer, ready to interview two of the people who got her unfairly ousted from Pierpoint in the previous season. This was never going to go well, but the most beautiful moment came when Daria mentioned to Harper about her professional relationship with Jesse Bloom. Harper can’t quite believe that Jesse dare speak with another financial professional and questions Daria further. Daria confirms that she’s been working closely with him and his investments. Harper is a love to hate and a hate to love character, she is so inherently flawed and can genuinely be a dastardly person to everyone around her, but she also shows moments of realness and vulnerability that make her more likeable, this moment was great and everything Harper deserved. If there’s anything Harper really needs, its being taken down a peg or two.