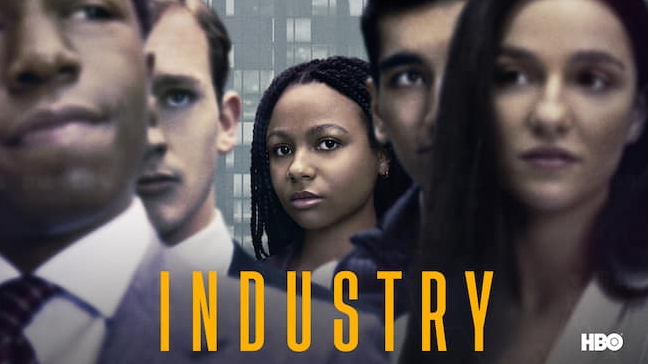 Here is a title we haven’t heard about for a while. INDUSTRY, the big business drama from BBC/HBO, launched its premiere season back in November of 2020 and we haven’t heard anything since. But by our figuring it should be presenting its sophomore season yet in 2022 so, be on the alert.

Just to refresh your memory, INDUSTRY, from first-time creators Mickey Down and Konrad Kay, kicked off its eight-episode first season following a group of young graduates competing for a limited number of permanent positions at the leading international bank Pierpoint & Co in London. Upon the conclusion of that run in December 2020 the show was renewed for another round of big stakes and big drama. If you need further refreshing check out our Season One reviews. 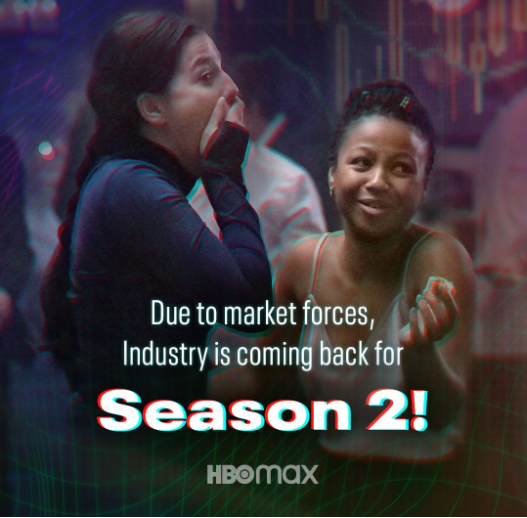 A glimpse of filming had been spotted around Cardiff, Wales where it films, however, it has now come to light that primary production has wrapped and the show has moved onto finalizing the episodes to air. So, what is in store? EW, from a longer interview with co-creator Konrad Kay, snagged this quote regarding S2 – “In season 1, [we made] sure that everything was subjective to the experience of the graduates, so you only really got a sense of the wide bank as it pertained to them. We’re going to keep that in season 2 to some extent, but inevitably they’re a year ahead in their career, and the relationships are going to be deeper. We have quite a big story engine for season 2 about the bank higher-ups. Their relationships with the senior figures only become deeper in the second season, so you get more of a sense of that stuff.”

And Francesca Orsi, Executive Vice President, HBO Programming has stated – “Mickey and Konrad have captured an authentic, fresh angle on workplace culture from the bottom up and presented a complex look at navigating life in your early twenties – replete with thrills, failures and victories. It’s exciting to see fans embrace these young graduates, and we join them in anticipation of what’s in store for season two. We also send a big thanks to our partners at Bad Wolf and BBC.”

Get all caught up and look for INDUSTRY to arrive yet in 2022 on HBO.