As we all know, the final season of Girls is coming to HBO early next year, but to whet your appetites until then, a teaser trailer has been released. In only 41 seconds I have about 6000 questions, but for the purposes of keeping this brief, let’s just focus on 5 key moments in this teaser that indicate season 6 to be the best yet. 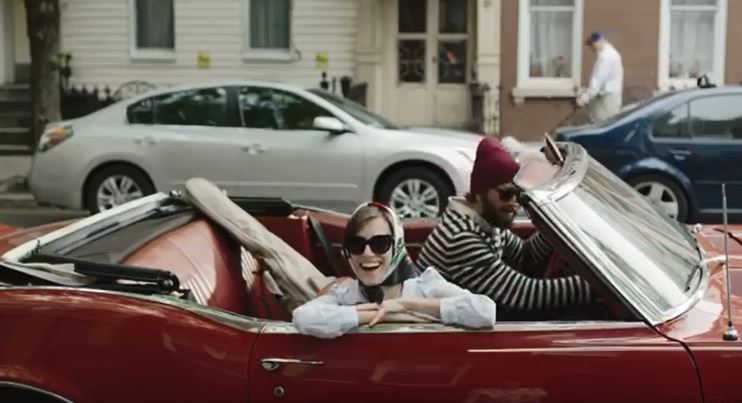 My first question, is why does Marnie look like a 1950’s femme fatale in her head scarf, glasses and sports car? My second question is, why is Desi driving? My third question is, where the heck is Ray? So at the end of last season, Marnie and Ray decide to officially give things a go which basically resulted in him following Marnie around as she toured with her soon to be ex-husband while they played incessantly horrible music in venues around the city. Now she’s rocking up in a fancy car, with Desi behind the wheel looking like she is on cloud 9. Are her and Ray still together? Or have she and Desi decided to give their marriage another shot? 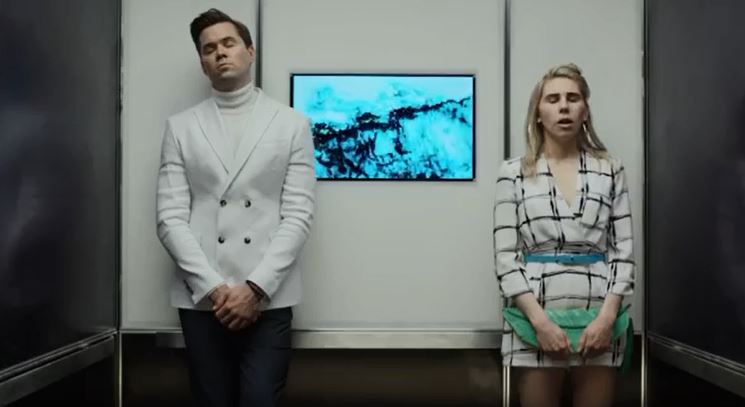 Elijah and Shosh are in an elevator together and they look like they are about to go into a board meeting or something incredible. Shosh obviously looks flawless and Elijah? Well, let’s just say he has certainly pulled himself together since being horrifically dumped last season. Oh, Elijah. 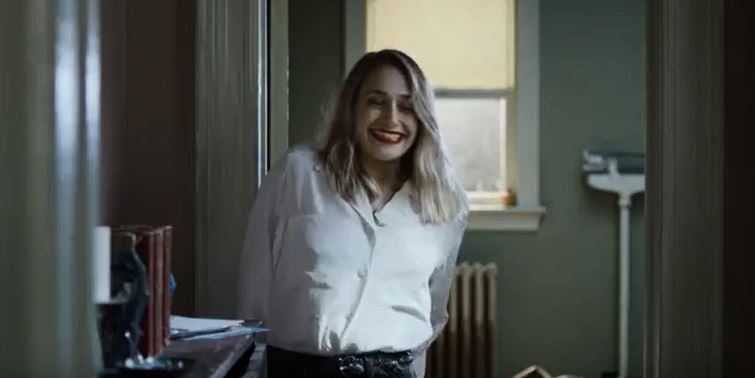 Speaking of transformations, Jessa looks amazing with her shorter haircut, white tucked in blouse and red lipstick. She looks extremely together, which is excellent.

Are we going to hear Elijah sing?

Perhaps the reason for his fancy new suit is because Elijah is entering the entertainment industry and maybe Shosh is helping him. This half a second moment shows us Elijah is singing, rather emphatically I might add. My guess is that he has an excellent singing voice! Well, of course, he does because Andrew Rannells has been on Broadway.

What are Jessa and Adam yelling about?

Last we saw, Adam and Jessa had an intensely vicious fight which resulted in an entirely destroyed apartment and some seriously concerned eyebrow raises. Now we see Jessa looking very pulled together and she and Adam embracing and yelling “YES!” like something amazing has happened? Is it a proposal? Is it work related? What could have them so ecstatically happy?

At the end of the trailer, Hannah says she hasn’t made her mark on this city yet. Boy, do we know it. Hannah has jumped from career to college to unemployment back to career and career and career. She has been very clueless on what she wants to do with her life for a very long time and last season she was not herself at all. The finale, however, saw a weight being lifted and a new leaf being turned over. Is this the beginning for Hannah? Is she finally going to do what she always wanted to do? Which is what, exactly?

February is only a couple of months away and personally, I cannot wait to see what the final season has in store. I’m hoping for the girls to be reunited, for bad blood to be buried and for them all to move into the next chapter of their lives with their twenties being a cacophony of fond memories and silly mistakes. But hey, isn’t that what your twenties are for?

Watch the whole teaser below!