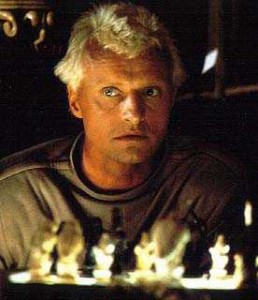 The bad news: the True Blood season 6 premiere is over 200 days away.  The good news: casting is already underway and the cast should begin filming new episodes early 2013.  The first new actor to electrify True Blood next season will be Rutger Hauer!  You may recognize him from such films as Blade Runner, Batman Begins and Sin City.

Since each new season of True Blood seems to take the action up a notch when it comes to the main baddies.  It looks like “Billith” is going to tear things up in season 6 but we’re told that Rutger will be playing yet another “big baddie”.  You just can’t have enough in True Blood world I suppose.

(Warning: Minor Potential Spoilers Ahead) We’ve also learned that Mr Hauer’s new character will have some strong connection to the Stackhouse family (Sookie and Jason) so take from that what you will!

True Blood Season 6 has been green lit and is expected to premiere in Spring of 2013.  Waiting Sucks but stories like these might just make the wait bearable.  That and your [amazon_link id=”B003UD7J76″ target=”_blank” container=”” container_class=”” ]pile of True Blood DVDs[/amazon_link] you’ll be getting this Christmas from that special someone.  More as we get it.