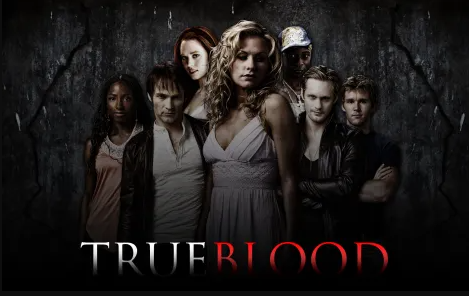 Who would have thought this would happen? HBO is planning a TRUE BLOOD reboot! It seems that the network has been quietly working on it for a year now. Original showrunner Alan Ball, who also gave us 63 episodes of SIX FEET UNDER; 10 episodes of HERE AND NOW and 20 episodes of Cinemax’s BANSHEE, will once again be an executive producer. The fact that he is onboard already makes the project more hopeful for he knows the material after overseeing all 80 episodes of the show’s seven seasons.

Who else is on board? Riverdale creator Roberto Aguirre-Sacasa, who also had a producing credit for BIG LOVE and LOOKING and NOS4A2 creator Jami O’Brien (BIG LOVE writing credit) will co-write the pilot, and O’Brien also will executive produce. That, unfortunately, is all we know for now, but we could not wait to share the news that the vampire drama may just have another life. 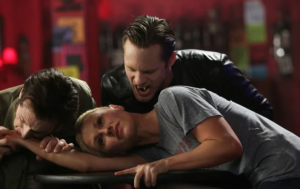 There are plenty of big questions here; I can’t list them all. The show, if you recall its 2008-2014 run, is based on Charlaine Harris’ series of novels, “The Southern Vampire Mysteries.” The main locale was the fictional rural town of Bon Temps, Louisiana. So, do we return there and to the denizens that reside there? Whatever happened to all those original characters anyway? I’m not sure I even remember. Not only can we wonder if the likes of Sookie Stackhouse, her brother Jason Stackhouse, Sam Merlotte or Eric Northman, just to name a few, return but do the originating actors return for those roles? Will we see Anna Paquin, Ryan Kwanten, Sam Trammell and Alexander Skarsgård, for example? Plus, don’t forget some characters are dead and gone like Bill Compton (Stephen Moyer) and Tara Thornton (Rutina Wesley) and actor Nelsan Ellis, who played Lafayette Reynolds, is deceased.

So, just how much like the original TRUE BLOOD will the new work be? Is the deadly Hep V that afflicted the vampires arrested? Does it reboot years in advance to a new day with a new cast of humans, vampires, shapeshifters, werewolves and fairies? As is the case with exciting news, we just have to wait for answers. Keep in mind that even though this project has been in the planning for a while now it has a way to go. It will, of course, follow safety protocols and HBO will need to have something to look at before it gives the green light before giving it a series commitment. 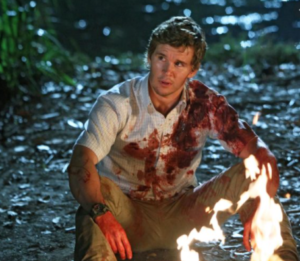 Now, dare we mention some negative thoughts? Since new owners took over it has been rough. Here the network is rebooting IN TREATMENT and now they are tapping the well to revive TRUE BLOOD. What, are they going to lure Dunham for more GIRLS or SJP for more SEX AND THE CITY next? Are they going to make the mistake of trying to recapture the glory of THE WIRE next? I bet we see a Season Four of TRUE DETECTIVE surface. It makes us leery. Reboots give off the notion of a quick desperate solution because the debt is too high and the money too tight to spend time generating big event series that are fresh and new. The day of limited series and reboots are the norm not fresh & original ideas. Also, even though Alan Ball is involved, if this version does not match the tone and quality of the first seasons of TRUE BLOOD what kind of nasty, bloody taste will that leave? It sounds like a gamble.

Nevertheless, we are intrigued to watch this rebirth of an HBO & critic favorite and hope it meets HBO’s standard of quality and does not get a premature stake in the heart. We will keep fans apprised of the potential return of TRUE BLOOD. Does it get your blood boiling?