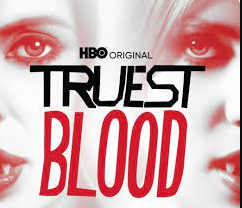 Though TRUE BLOOD, which aired on HBO from 2008-2014, played out more like a drama than a horror series, October is the right time to reflect back on the show. But you can do more than just rewatch all seven seasons on HBO or HBO Max you can keep your sights on a new behind-the-scenes revisit with a newly launched podcast series on the way.

The podcast is being called TRUEST BLOOD and will be hosted by Kristin Bauer and Deborah Ann Woll (pictured, left) 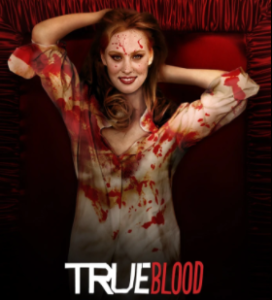 for Janina Gavankar’s Safe Haven Productions. Of course, fang-fans know these three ladies. Bauer played vampire Pamela Swynford De Beaufort; she was the bouncer at Fangtasia and loyal to Eric Northman, who turned her centuries before, and to Tara Thornton whom she loved. Woll was a fresh vampire, made into one by Bill Compton; her character was Jessica Hamby, full of mistakes as a newcomer to the world of the undead. Gavankar (pictured, right) played shapeshifter Luna Garza for a spell. Sam Merlotte took a romantic interest in her which led us into a deep storyline about shapeshifters in our world. 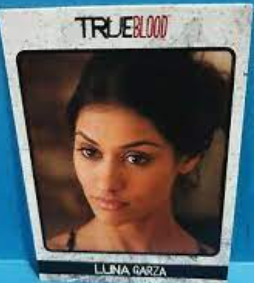 Now, these three ladies will team up to reflect back on their times in Bon Temps. There is no exact word on how the podcasts will plan out but Gavankar stated, “I’m so happy that Safe Haven’s first podcast production allows me to re-explore a show that has meant so much to me, alongside Kristin and Deborah with whom I’ve had long friendships. HBO was a dream to work for, a decade ago, and is a dream to work with, now.” Both production and cast members will surely stop by and reminisce to the listener’s enjoyment.

We will offer more detail once it starts broadcasting. In the meantime, it is the spooky month so how about treating yourself to some TRUE BLOOD. Now, what about that reboot?