SDCC 2014 is fast approaching, and runs this year from July 24th – 27th. HBO issued a press release detailing which of their associated shows will be presenting panels. HBO’s Game of Thrones and True Blood, and Cinemax’s Banshee will all present separate panels over the four days. Here’s all the information you need: 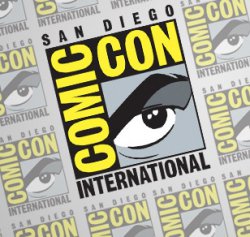 The HBO series TRUE BLOOD and GAME OF THRONES and the CINEMAX series BANSHEE are confirmed for panels and autograph sessions at Comic-Con International: San Diego 2014.

Below is panel information on the three series. Expect live coverage of all HBO and CINEMAX Comic-Con activities at HBO Connect (hbo.com/connect) and at TRUE BLOOD #TrueToTheEnd and GAME OF THRONES #SurviveTheRealm. For BANSHEE, fans can go to cinemax.com and #SDCCBanshee.

PLEASE NOTE: Cast and producers scheduled to attend are subject to change. HBO is not organizing additional media activities for the casts of TRUE BLOOD and GAME OF THRONES.

You can find more information on SDCC on their official website.