“We have bigger problems than your mommy and your daddy issues.” 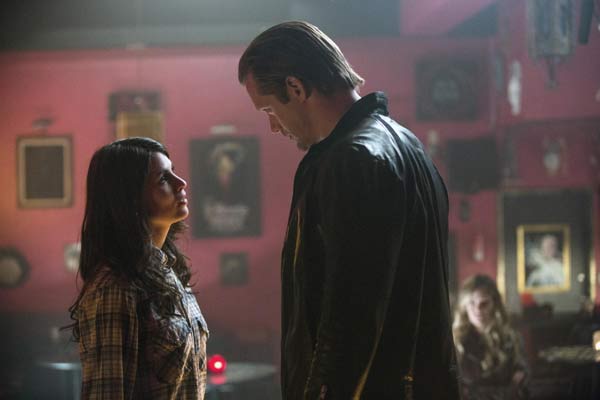 One of the things I wanted the show to return to during the final season was the focus on vampires and the culture they’ve created for themselves. The maker/ progeny relationship has always been one that I’ve enjoyed watching. Some of the best relationships on the show are created from that. This episode starting off with an argument between Eric and his two progenies, both of whom couldn’t be more different, was a definite highlight for me.

Eric’s character takes a new dynamic during his scenes with Pam, and now Willa, and I’m glad that they’re putting a focus on his relationship with them during what might be his final days as opposed to a romantic one. In the end, these are the relationships that last forever and I think through the flashbacks they’ve used, they’re working to show that.

“I’ve been your sex slave for fifteen years, Eric Northman, and we ain’t never had sex.”

Ginger is one of those characters I’ve never actually had an opinion on. She provides a bit of comic relief during the Fangtasia scenes and has never really had much substance to her. The flashback scenes last episode gave her just a tiny bit more but not enough for me to actually care which way the series went with her character. The above line might have solidified her position on the list of characters I’m willing to tolerate..

“None of this is your fault. It’s your sisters.”

Twist of the century: Sarah has a vampire sister. Raise your hand if you saw that one coming. Honestly, I don’t know if I’m just really good at calling these plot twists or if the show has just become unbelievably predictable but hopefully this new plot device will lead to some interesting interactions.

I have to say; I liked Amber instantly, to the point where I genuinely hope they find some kind of cure to Hep V and save her because she might actually bring some missing spunk back to the show.

I knew Sookie and Alcide getting together was a bit too good to be true. From the moment his character was introduced, I wondered how it would be for Sookie to have a semi-normal relationship. I gave up hope after the first season he was in that it was going to happen and was more than a little skeptical when this season introduced them as a couple.

It’s almost like Sookie’s love is an instant death sentence. If you aren’t already dead that is

“Did it ever occur to you that you torturing yourself over my girls keeps that pain alive for me too?” 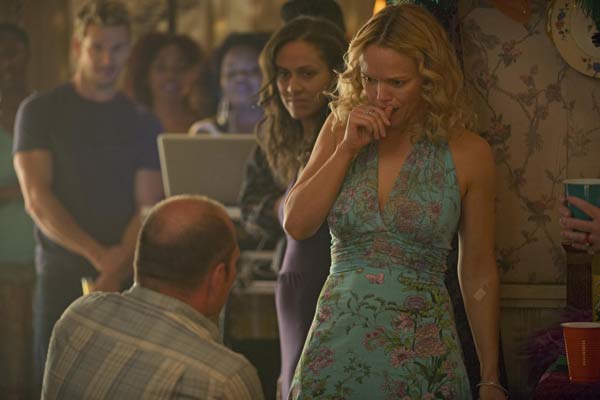 This was by far my favorite scene of the season so far. I will always have a soft spot for Andy, as I’m sure you can tell from my previous reviews, and him giving Jess his forgiveness was beautiful to watch. I love the idea of them teaming up and Jess joining Andy’s little ramshackle family.

The fact that it led up to Andy proposing only made it so much better. His speech to Holly was quite possibly the most heartfelt adorable scene the show has produced thus far, and I loved each second of his awkward rambling.

“How can I miss someone I can’t even believe I’m dead?”

Sookie’s reaction to Alcide’s death was probably the most realistic reaction she’s had to something that’s happened to her since the series premiere. One of my biggest gripes with her character is the fact that the writers can’t seem to let her just be with herself and they insist on pushing her from relationship to relationship. I’m crossing my fingers that they’ll let her actually mourn this loss, and perhaps finish out the series as the strong, independent woman I believe she can actually be.

“I think I saw him step outside with Lafeyette a little while ago.” 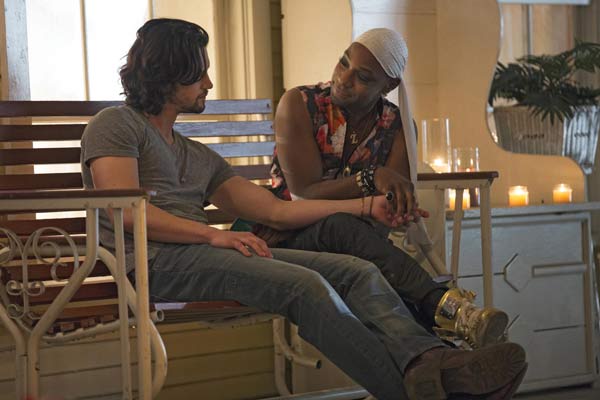 I kind of love the blossoming relationship between Lafeyette and James. This is the first time Lafeyette has actually shown interest in someone since he lost Jesus and it’s about time. While I feel slightly bad for Jess in the situation, she will always belong with Hoyt in my mind.

The writers seem to have a different idea though by reintroducing the Jess/Jason relationship, which always seems to end in disaster. The fact that he’s claimed by the most badass vampire in the world will only make it that much more chaotic.

Lafeyette’s fantastic speech, reminding Jessica and the viewers just how much he deserves and hasn’t been given was definitely a highlight for me.

He will forever my favorite and I’m still holding out hope for a spinoff. Who’s with me?

“You stabbed somebody Auntie, that’s why people think you crazy.”

Can someone just kill Lettie May off already?

Okay, who thought it was a good idea to introduce murdering mobsters? I’m sure they just considered it would be cool to see Eric Northman rip some guys face off. 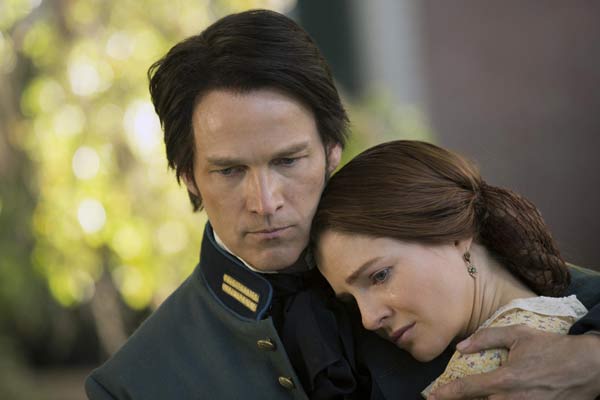 The slightly overdramatic ending scene showing Bill has been infected was subpar. Since Sookie is the only one Bill has fed off of in the past few weeks, it’s safe to assume that she’s the one who infected him. Hey, plot twist! With both Bill and Eric on death’s door, this might actually lead to the strong, independent Sookie I’ve been craving since season one.

Overall, there were a fair share of redeemable scenes this episode, scenes that reminded me exactly why I loved this show in the beginning. Aside from the super boring Bill flashbacks, that is. I’ve yet to figure out exactly what the point of those are yet.

My hope for an awesome final season has been restored just a teeny tiny bit. Leave your thoughts below and check out the preview for next weeks episode!