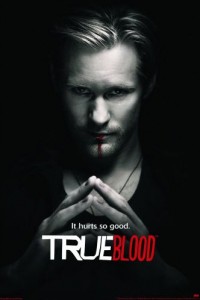 HBO has just issued a press release indicating that True Blood will be renewed for an sixth season!  We’d predicted as much earlier this year but this is now the official word from the Premium Cable Network itself.  This will be the first season without the show’s longtime producer, Allan Ball so it will be interesting to see how the story evolves (devolves?) from here.  Season 5 is in full swing and we have no idea where that will take us so speculation about plot is out of the question this early on.

True Blood Season 6 (it’s safe to say) will air next summer starting in June.  Could you imagine a summer without True Blood?  We couldn’t.  No news on the cast or the exact air date just yet but stay tuned to HBO Watch as always for all of the latest on that front.  Drink up– True Blood isn’t going anywhere.

We’re not sure when the True Blood train is going to stop so tune in next summer for what will surely be one of the final seasons of this beloved HBO series.