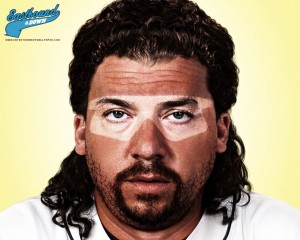 HBO has been quite busy today. Earlier, we reported that the network announced True Blood would be picked up for a sixth season and newcomer The Newsroom for a second. Now, it seems they aren’t finished making news because Variety.com is reporting that HBO has asked for 8 more episodes of Eastbound & Down. The comedy series starring Danny McBride as a washed up baseball player was concluded last April with the series finale. However, McBride and HBO have now reached an agreement to add a fourth season to the Kenny Powers Saga. The news comes as a big surprise, as we haven’t heard any rumors about new episodes of Eastbound and it seemed like show was indeed over. But, knowing that more “Powerisms” are coming in the future, fans of the show should be extremely excited to hear that KP is back.

With any luck, new episodes of Eastbound & Down will air next spring or in early summer. McBride has served as an Executive Producer on the show, along with notables Will Ferrell and Adam McKay. I would expect that this will be the same for Season Four as well. It will be interesting to see how the story picks up from the Season Three finale. Kenny had just faked his own death in order to commit himself to being a father and to the woman he loves. His selfish and arrogant nature never fails to persevere though and I expect Kenny to return to his rambunctious ways in no time.