Alright, so are we ready to continue with Pete and his quest to become a comedian? Because oh boy has the second half been throwing us some intense moments. Grab some tissues, and get ready for what is sure to be an emotional roller coaster. 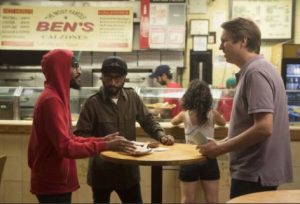 As we continue into the second half of the season, one thing I notice is that HBO is continuing to drop the comedy names in this show. It’s downright impressive how many hilarious people they have gotten on. Pete is out slinging comedy club handouts and sees the Lucas Brothers (pictured), who insist that the alt-comedy scene is where it’s at. Pete is unsure but decides to give it a try and who should he run into but darling Ali!

She’s still on the quest for a good tape to send out and Pete is offered the chance to tag along with her for the day. He, of course,  says yes and the two jaunt off for a citywide mission to catch a perfect comedy tape. Every once in a while, you can clearly see the chemistry but then it seems like moments where she just absolutely cannot stand him. Which rears its ugly head when Pete laughs all through her good tape.  Shit. But Pete, of course, goes above and beyond to make it right and the two end up hooking up again. 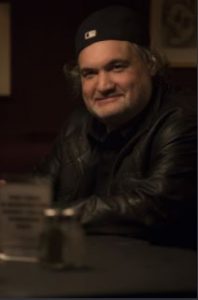 This episode is a bit of a tugging-at-the-heartstrings type.  Pete spearheads a comedy show to raise money for another comic who is sick and struggling to afford medical bills. It is a very Pete thing to do. He wants Artie to close the show and he agrees. You all know about Artie Lange, right? He is a known comic and heroin addict yet Crashing was not going to leave him high & dry, as it were.  For anyone who has dealt with an addiction or abusing a substance of any kind, this episode will hit close to home, especially if you have/had someone you love dealing with addiction. What Pete so brutally learns in his quest to help Artie is that Artie doesn’t want to be helped. He won’t be able to properly quit until he actually wants to. You can’t help a person in these situations if they don’t want to be helped. And that can often be heartbreaking. The topic is faced boldly as we face the real Artie Lange.

The more positive side of the episode is we see Pete and Ali have become an item. And I’m wondering what the choices will be regarding Pete’s dating life. Is he possibly going to get everything he wants in his first attempts following his divorce?  Or could he want more chances to date?  Personally, Pete, a girl who loves comedy and your dad jokes is worth keeping around -#justsaying.

Recruiters for college events have their own association and Pete and Ali head to a convention to try and book some college shows. If they can get booked, this will lead to more shows and more money. Pete is clearly nervous and as hard as Ali tries she can’t get him to stop freaking out. Add on Pete’s manager doing the same and Pete throws it all out and pulls a gimmick out of nowhere. Ugh, Pete. Gas it up? 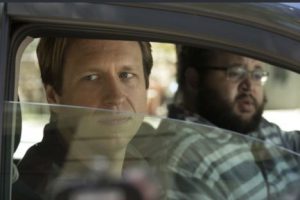 But wouldn’t you know, it freaking works for him. You know who doesn’t score big? Ali, unfortunately. She retires to her room to eat her feelings (whoo girl, been there many times) and Pete doesn’t understand why she’s so upset that he did well. I get that his doing well is good for both of you, but Pete, no one liked her. As a comic, that is what you’re going for. Plus, it brings up the difficulty of a person you love or are close to who does what you do and does it better. So yeah Pete, she’s jealous and pissed and hurt. Doesn’t mean she isn’t happy for you. Just means she’s also really jealous and pissed and hurt. Sometimes those feelings win out.

You know that preemptive pit you get in your stomach when you just know something is gonna be really, really bad? Welcome to this episode. Pete isn’t mean. I think if we had to pick one definitive thing we could say Pete is not mean. So his quest to prove he can roast to Ali is so misguided. Throw the complication of Jess and Leif showing up and why? Why Universe? Poor Pete never had a chance. 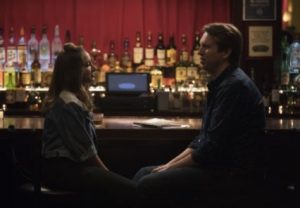 Through sheer luck, he makes it up against Ali, and she’s vicious. But it’s all in the name of comedy right? For a moment, it seems like Pete might give it all up. He throws it back, but in the end, it isn’t him. After he beats Ali, she totally fine but he’s struggling. She brought up incredibly personal information about him and Pete can’t take it. Cue the breakup music.

Pete is back on the couch surfing routine but not for long as he heads out on a NACA booking. At the college we see Pete return to his comedy roots. Cheesy, silly, goofy. Real Pete. It makes me wonder why Pete would really choose to do the roast? He knew it wasn’t his forte. I’m almost wondering if he didn’t subconsciously sabotage his relationship with Ali. Clearly, there was something there. But she’s right, Pete doesn’t know who he is. Maybe when he figures it out, something could happen again with Ali.

We found out Crashing has been confirmed for a third season. So who knows, maybe she’ll come back. (hint hint, Jamie Lee, since you’re a writer, just write yourself back in, girl)  I really liked Ali and Pete, okay? I’ll just be over here having feelings until we come back next year. Let’s keep Crashing! 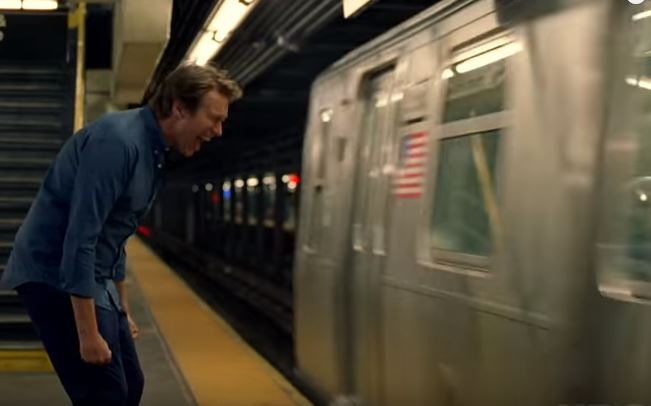